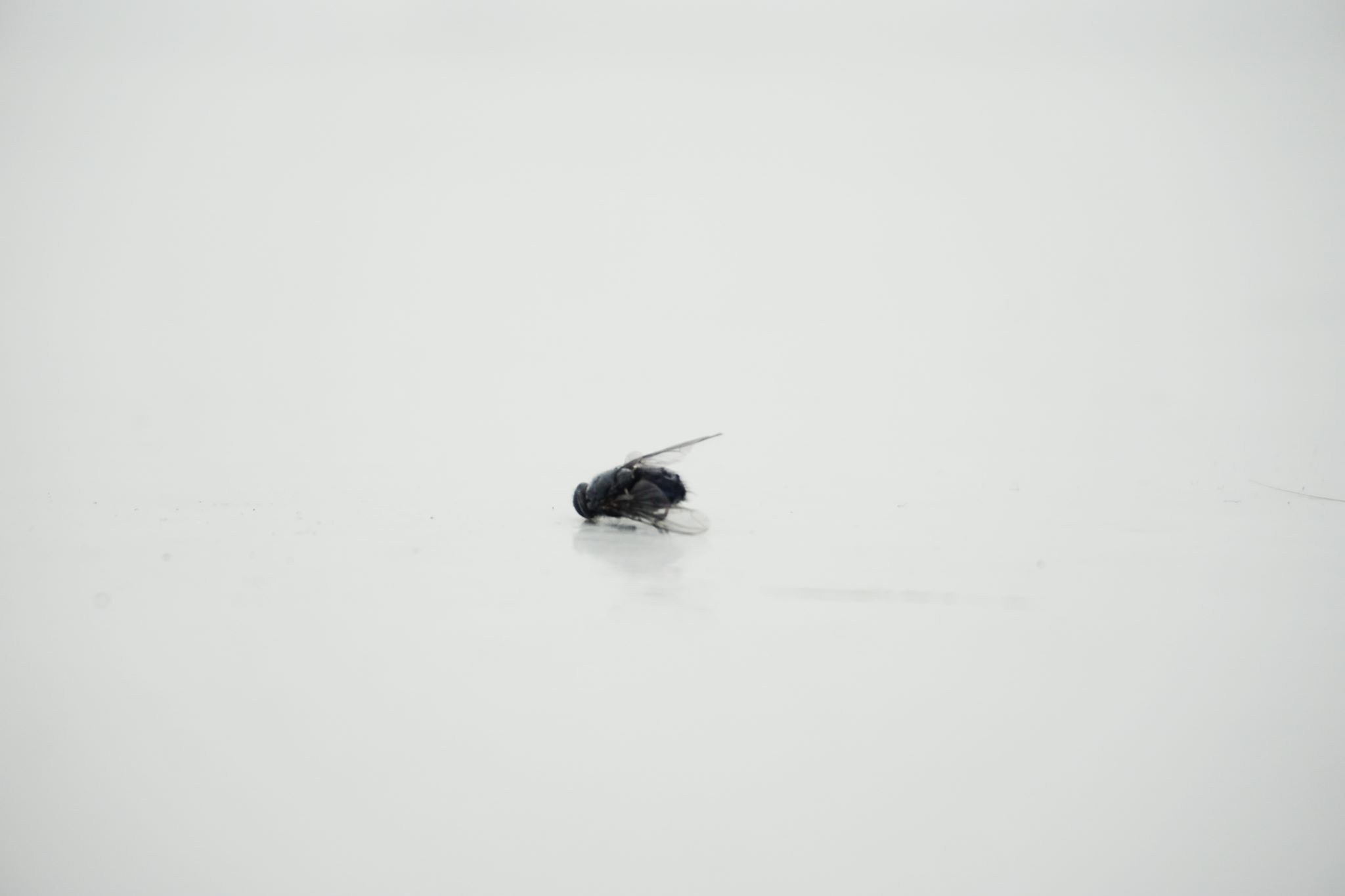 United States of Bees and Fish people is a solo show at Midpunkt Gallery in Kopavogur of Wiola Ujazdowska that presents her current works that are focused on topic of immigrant working class, especially in Nordic region, coming from post- soviet countries, that are dealing with mass economical and currently also political emigration.

Project is not also a political and social voice of group in Icelandic society that often experience xenophobia and stereotypes but as well is dealing with trans-species relations and post-humanistic perspective where main point is to bring attention to animals that are the lowest in hierarchy of anthropocentric doctrine. In this exhibition animals and working immigrants are meeting each other and are mirroring themselves.

During 3 years of experience and education in filed of inclusivity not only in arts but in the wider perspective as activist and cultural worker often what was coming to the surface was a linguistic and metaphorical connection to the animals used to describe those people. Outcome was for artist’s practice link to the idea of Tom Regan’s “subject of life” that rejects hierarchy of creatures and idea of utilitarianism. United States of Bees and Fish people are creating a dialog between animal kingdom and human civilization finding similarities and cultural beliefs especially focused on context of work, class, and gender.

It is a visual and art representation of people that usually are excluded or too scared to actually use art as form of expression or a form of activity in society especially in context of being a viewer. At foundations of Ujazdowska’s art is belief in Joseph Beyus words that “Everybody is an artists” that she follows and works with since beginning of her practice.

Exhibition is founded by Myndlistarsjodur.