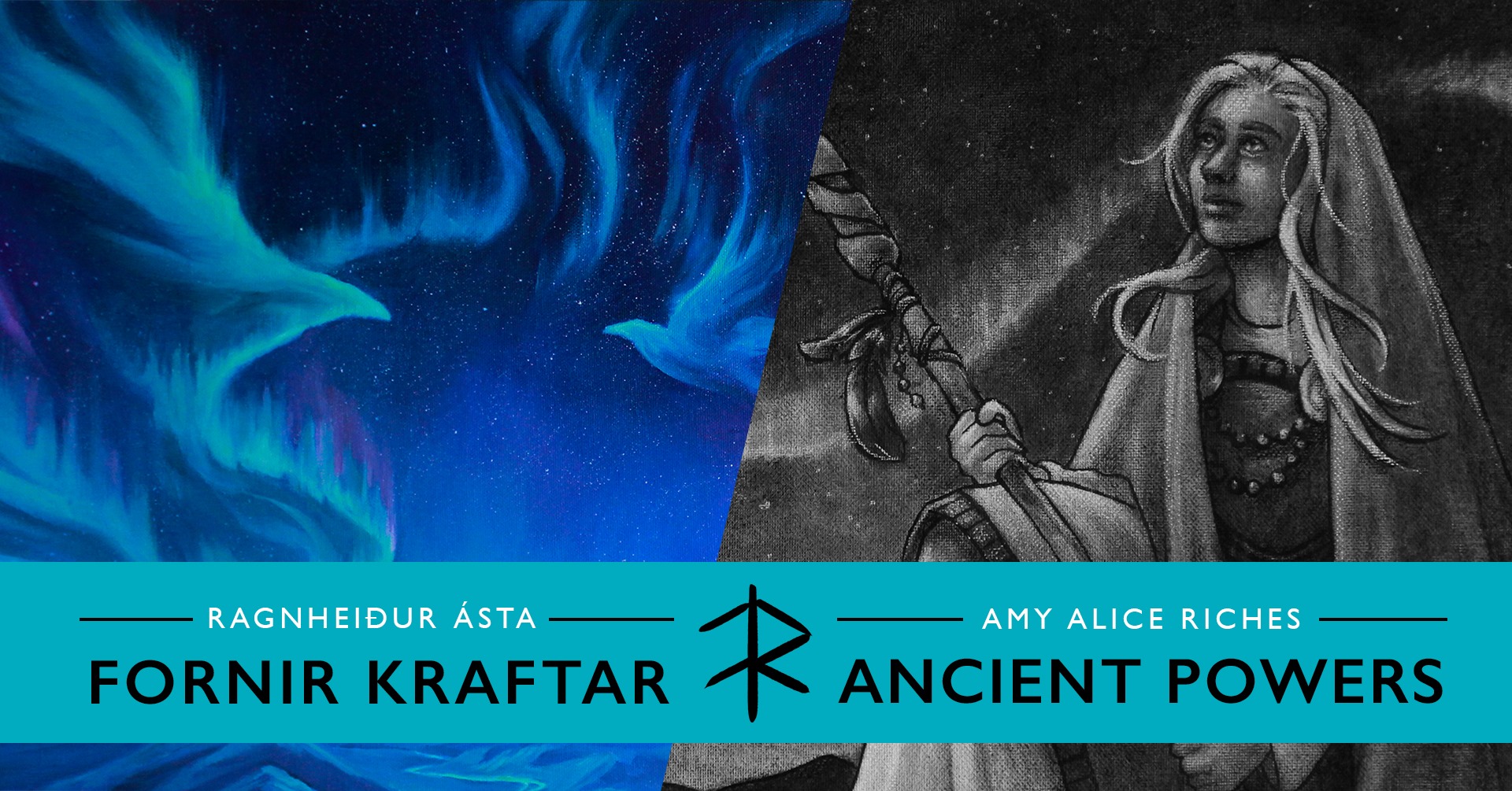 The idea of the show sparked when we were hiking in Barnaborgir in West Iceland last summer, and came across a magnificent troll in the lava. We reached the conclution that it would be interesting to do an art show with ancient tales, creatures and powers as our inspiration – but also a kind of a duo show where we both work with the same subject matter but in very different ways. Amy is a painter and are all of her works painted in oil on canvas and Ragnheiður is a drawer and does her works in charcoal. This makes for a very fun artworks that contrast each other in colour and texture.

While we were working on the show a new fun little subject matter cropped up, but that is the new volcano at Fagradalsfjall. Amy has done 50 little paintings of the volcano since it started, one every day. These works will also be included in the show.

The exhibiton is open from 24. May – 13. June and the opening times are as follows: