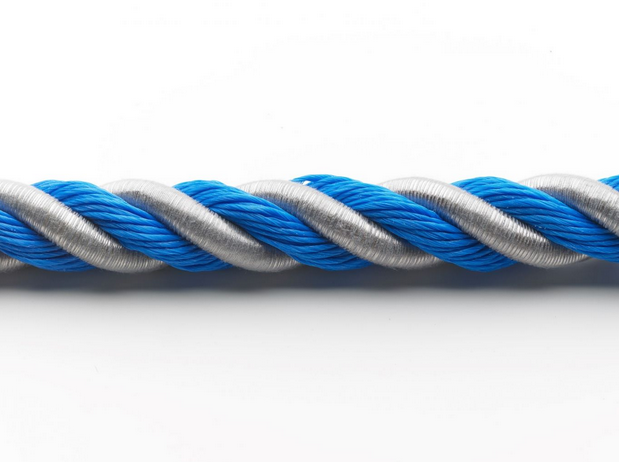 The first event of DesignMarch 2021 is the exhibition Knowing the Ropes, which is an ongoing, interdisciplinary project that looks closely at the Rope as bearer of cultural and structural meaning within a contemporary Scandinavian framework. The material- and conceptual foundation of the project centres around two rope production facilities; Hampiðjan in Reykjavik, Iceland and Aarhus Possementfabrik in Denmark. Both have been operating since the early 20th century, producing ropes with nearly the same machines, but for two vastly different worlds: The Drawing Room and the Sea.

The cultural site of Knowing the Ropes is located between these two worlds; the floating condition of the Maritime, where a rope can save a life, and a present day reading of the premodern, Victorian Interior. With its layered draperies that frame the inside while shunning the outside world, the Victorian Interior emerged as a contrast to an experience of societal instability, not unlike that of our current moment. Simultaneously it introduced the idea of the home-as-stage.

Our research manifests in a line of works including material experiments, video works and rope-related objects for a current home. Through these works we are probing contemporary issues of privacy, relationality and socio-spatial demarcation.

Knowing the Ropes will be presented through a series of travelling exhibitions with the first exhibition set to open at Reykjavik Art Museum – Hafnarhús. To accompany the exhibitions, an expansive publication will operate as a work in its own right. Issued in sections, the publication opens up the project beyond the spatial and temporal boundaries of the physical exhibitions, and will include research, commissioned essays and transcribed, oral histories. It will be available at selected venues and art spaces.

The term “Knowing the Ropes” means to understand ones craft or profession. The origin may be nautical, referring to sailors that had to learn the function of each rope on the ship. Or it may come from the Theatre, where ropes are used to raise sceneries.