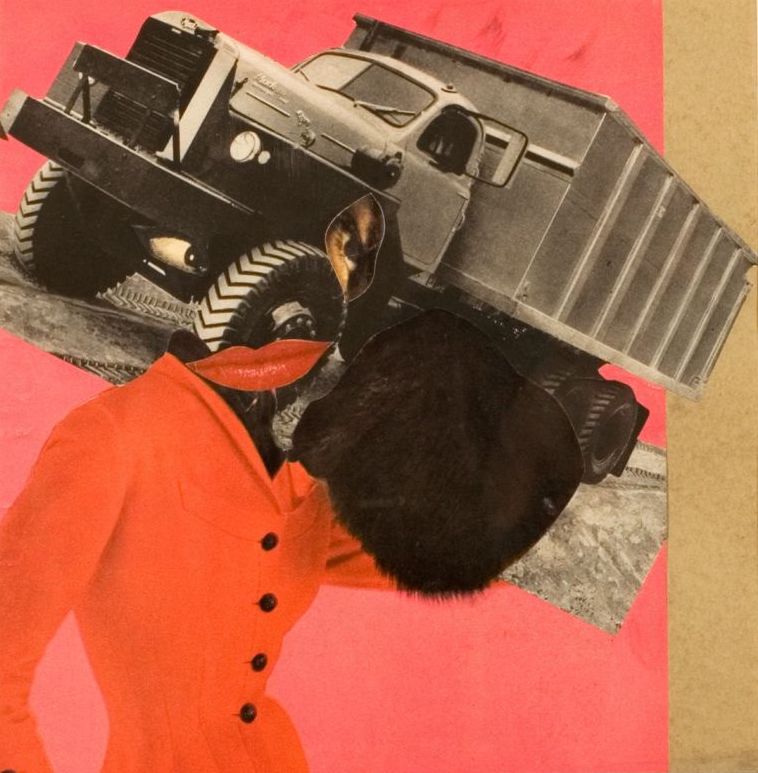 The acclaimed artist Erró (b. 1932) is considered one of the leading figures in European Pop-Art. During his long and successful career he has delved into diverse subjects in his paintings, often using an overflow of images to reflect on contemporary society of consumption, in addition to references to various political current issues.

From early on Erró was inspired by technology and science, creating works where the human and the mechanic are combined. In particular he examined how technology invades the body and how the human body adapts to the machine. The images offer questions concerning the borderlines between human beings and technology. Are these borderlines perhaps no longer there when human existence is tied to the mechanic and the very identity a collage of various technological creations, an hyperreal presence in social media, drugs cooked up in laboratories, smart-gadgets assembled in factories, the trace of chips in credit cards. The human being has become a cyborg, whether we like it or not.

The exhibition Cyborg gathers together artworks that reflect these ideas in various ways. The word is a combination, a collage of the words ‘cybernetics’ and ‘organism’. In 1960, when scientist were thinking up a new type of astronaut, the phrase ‘cybernetic organism’ was considered cumbersome. As a result it was shortened, cut and pasted into one handy word, ‘cy-borg’. At the same time these scientist where working on the technology behind the cyborg, Erró was working on art works focusing on the interaction between machines and people, often by creating a collage with people – usually women – and various machines.

The collage is very well suited to the cyborg, as the cyborgs very existence is dependent on compositions and excess. The cyborg is always a collage of some kind, de-formed and a combination of diverse images from art and toys. Even though it is already here, it is still being created and is continually changing. Many of the pieces are already here, but they keep being arranged in new ways – in addition new pieces are continually made.

Erró is an artist of the collage. Combinations characterize his work, and collages are the raw materials behind his paintings. The collages bring together different and similar objects and are always marked by an excess of some kind. Excess is also a symptom of the cyborg, it is always too much, something added, de-formed, integrated and transformed. The cyborg‘s collage shows us the familiar in a new light and makes it unfamiliar, until we grow used to it – or not.