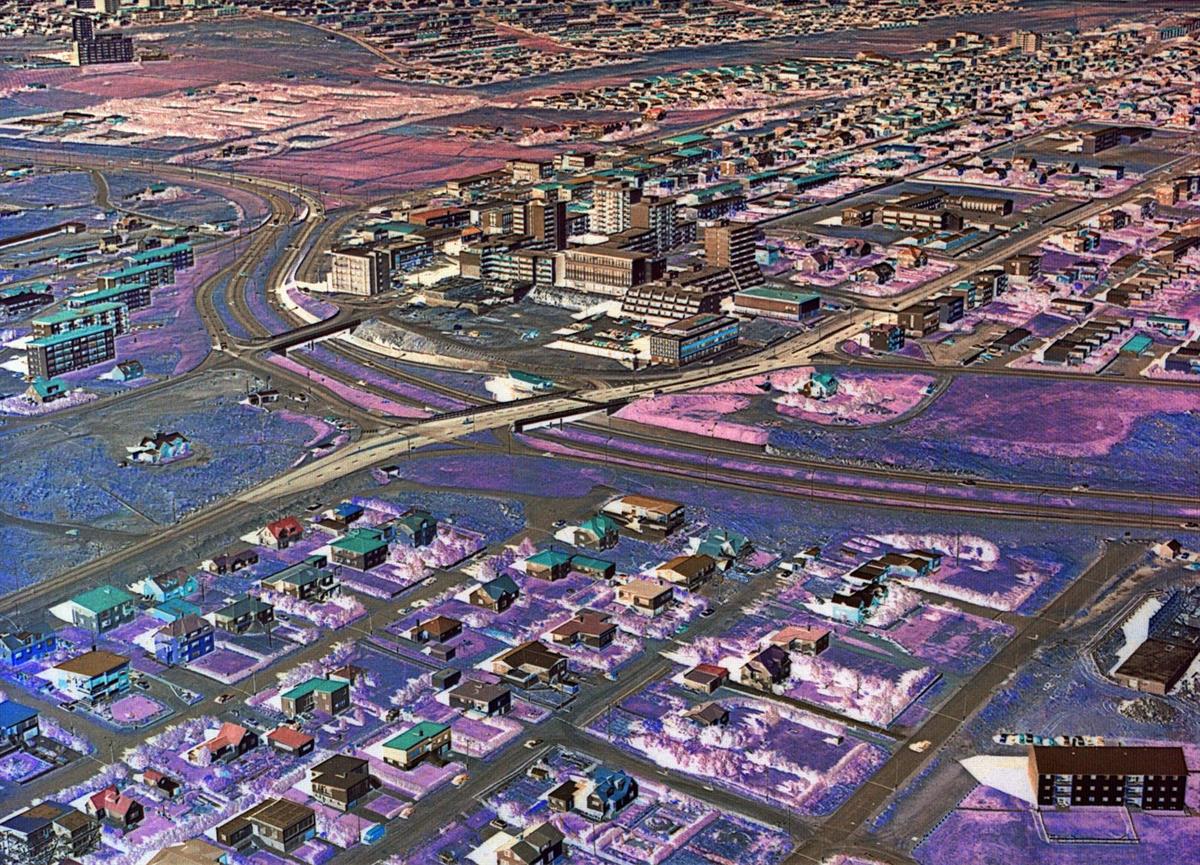 Castles In The Sky

Everything has begun but isn’t over*

Castles in the Sky is an exhibition of the works of four contemporary artists which springs from the same source: Kópavogur. The town’s history is marked by ambitious plans and epitomises the speed at which the urban spaces were created. The urban development was so fast that apartment blocks were being built at the same time as local sheep farming reached its peak. A decision was made to build a 1200 m2 art museum when only 250 metres of the town’s roads had been paved. There were fantasies of an acropolis where anything was possible on the outskirts of the capital.

Castles in the Sky bears witness to grand plans on a large and small scale. To individuals who built their homes from rundown sheds, young couples building apartment blocks, and residents’ associations that let their voices be heard in matters concerning the town. To land being a material for change and construction, at the expense of what was there before. To planning which converts nature into manmade landscape and what happens where man does not control the environment. To the fact that some ideas are too grandiose to ever be carried out, so they remain castles in the sky.

History reminds us that our environment is constantly developing, and everything is subject to change. We carry on mapping out the future, claiming new areas and rethinking old ones. In this way, we build upon the past’s vision of the future and try to improve the future, armed with our experience. But as is prone to happen with castles in the sky, the goal can become a mirage which always floats away when approached. Lofty ideas are the force which drives us, they are not always meant to be realised, but to inspire us and spark discussion. The planning never ends, it flows on, constantly renewing itself, towards changes in our lifestyle and tomorrow’s needs.