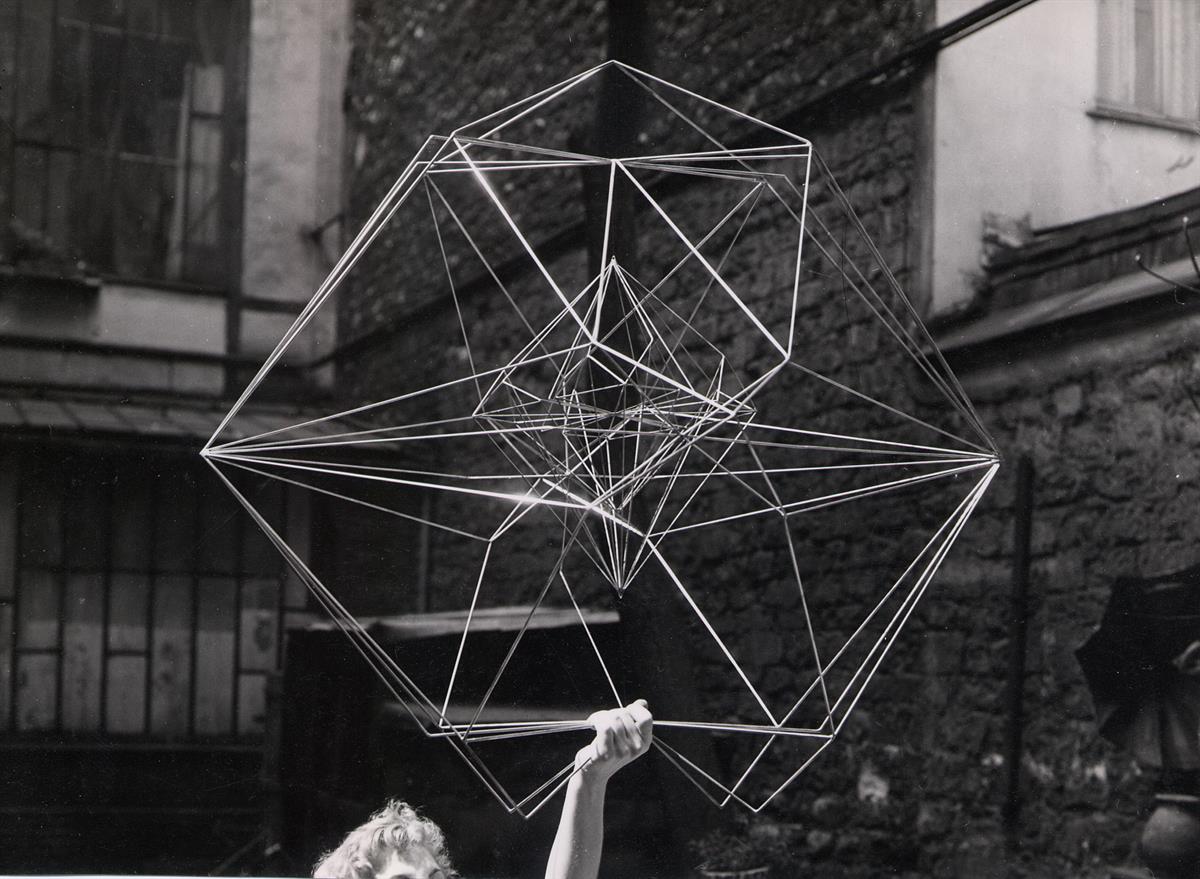 The exhibition GERÐUR will focus on Gerður Helgadóttir‘s iron sculptures from the 50’s. Gerður was the first Icelandic aritst to use iron in her artwork and was pioneer of three-dimensional abstract art in Iceland. The exhibition is an extention of the exhibiton GERÐUR: retrospective, held in 2018. Gerður’s creativity and experimental nature is a motif within the museum and reflects it‘s unique position of being the only museum founded in honor of a female artist.

The exhibition presents her iron sculptures from the fifties. Gerður was the first Icelandic artist to use iron in her works and was a pioneer of three-dimensional abstract art. Her early iron works she makes with thin iron plates, lacquered in black in geometric forms that build into the space of her sculptures. A couple of years later she created works out of fine steel wires, composing delicate compositions in space often with cosmic reference.

Gerður Helgadóttir (1928–1975) was a versatile and prolific Icelandic artist. She studied in The Icelandic College of Art and Crafts and continued her education in Florence and then Paris, where she lived most of her life.

Gerður was both a productive artist whose work evolved continuously throughout her carrier, often shaped by her various interests. She passed away beyond her years at only 47 years of age. Even though Gerður had still much left undone, she had already gained a place among the most important 20th Century sculptors in Icelandic art history.