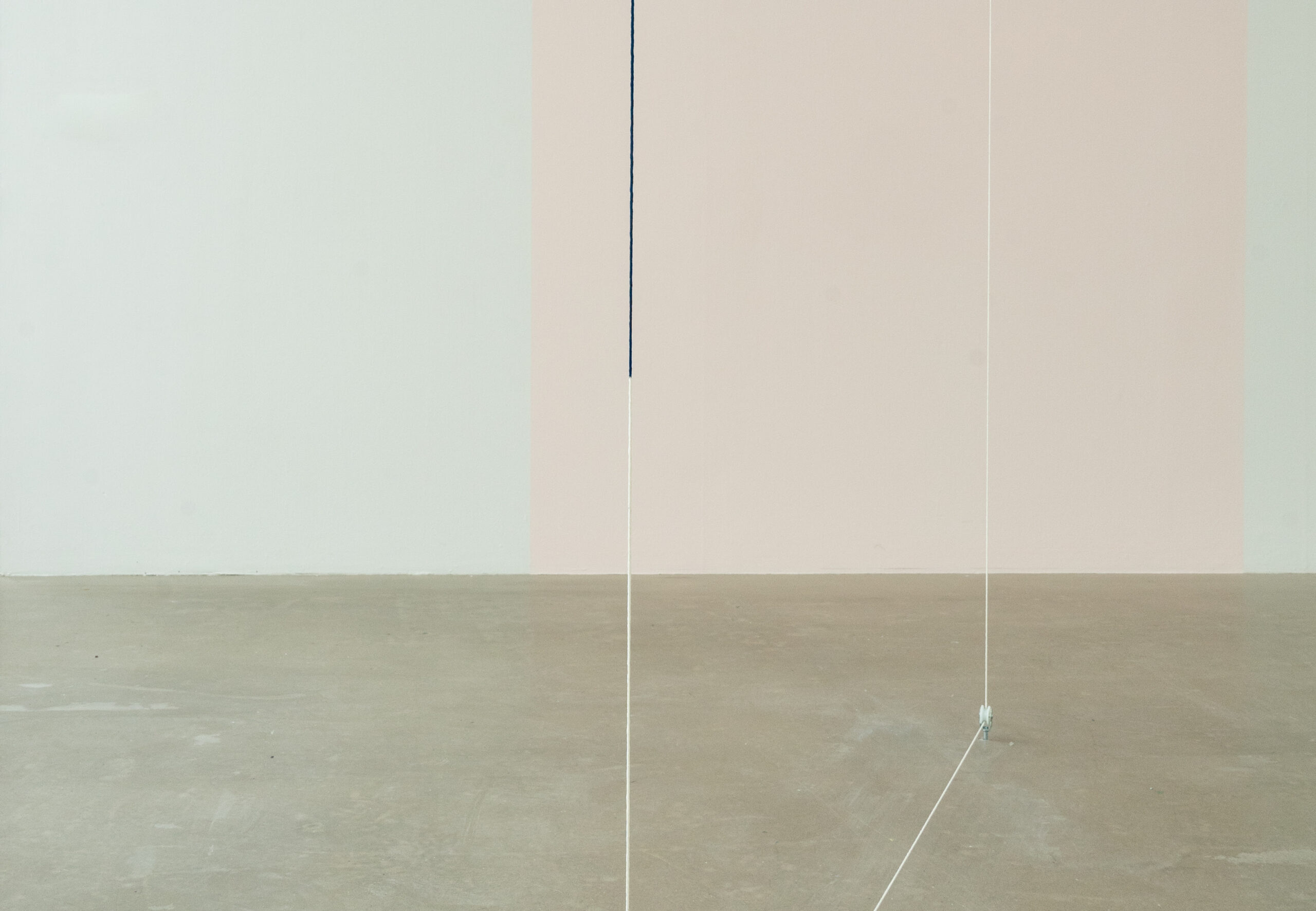 Each work of art is a unique source of visual perception and a spark for ideological speculation. Moments Unfolding takes its starting point in the medum of painting, its origin and heritage, but the exhibition really revolves around the time and place of each exhibition visitor. The aim is to focus on how the spatial effect of works of art increases the audience’s awareness of their own body, presence and perception of the environment. Such an art experience is always individual and establishes a physical connection between the spectator, space and work — an art experience that takes place and is created in the moment.

Baldur Geir Bragason (b. 1976) graduated with a BA degree in Fine Art in 2001 and then went on to earn a graduate degree in Berlin under the guidance of Karin Sander. Baldur Geir often ponders and questions the existence of things. He presents symbols such as a chair or a set of stairs, but with his choice of material, the objects both reference themselves and an art-historical context. Baldur works in various media, such as sculpture, paintings, photographs, videos, sound and drawings. He has exhibited widely, in museums, galleries and other spaces both in Iceland and abroad. Works by Baldur can be found in museums in Iceland and in the collection of the Reykjavík Art Museum. In recent years, Baldur has held solo exhibitions in Gerðarsafn and the Association of Icelandic Visual Artists.

Inga Þórey Jóhannsdóttir (b. 1966) completed art education from the Iceland University of the Arts in 2004. She graduated from the Hoochschule fur Angewandte Kunst in Vienna, Austria in 1989 and the Icelandic School of Arts & Crafts in 1988. Inga Þórey’s works often involve a combination of pictorial qualities where the boundaries of painting and sculpture merge. They bring together visual elements from the immediate environment, where the works surround the viewers and play on their sense of space. Inga has exhibited in many parts of Iceland in both solo and group exhibitions, e.g. in Gerðarsafn, Ásmundarsalur, the Living Art Museum, Slunkaríki and the Reykjavík Art Museum. Her works have also been presented abroad, for example in Berlin, Thorshavn and London. In recent years, Inga Þórey has worked with curation, as an example she founded and ran the exhibition space Suðsuðvestur.

Ingunn Fjóla Ingþórsdóttir (b.1976) received both a BA degree in 2007 and MA degree  in 2017 in Fine Art from Iceland University of the Arts. She also completed a BA degree in Art History from the University of Aarhus in 2002. In her work, she considers the position of painting in our present time, with observations between a work of art, a spectator, and the space in which the works are displayed. The works are usually site-specific, transforming the space by the use of various methods, by expanding the paintings or building three-dimensional installations that the viewer may enter. Ingunn Fjóla’s works have been shown in many museums and galleries, such as Hafnarborg, Galleri Ágúst, the international biennial Prague Biennale and Cuxhavener as a number of other spaces in Iceland and abroad.

Ívar Valgarðsson (b. 1954) studied and received degrees from both the Icelandic School of Arts and Crafts in 1975 and Stiching De Vrije Academie Den Haag in the Netherlands in 1980. Ívar’s work stems from the environment in which he has lived and worked the longest, that is in Iceland. Perception plays a major role in Ívar’s work, his visual world is based on the environment in which the works are set up in and at the same time they act as an addition to the environment. Ívar has participated in a number of group exhibitions and held solo exhibitions in Iceland and abroad such as: Finland, Faroe Islands, South Korea, Hungary, Sweden and Denmark. In Iceland, his works have been exhibited in the Reykjavík Art Museum, i8, Gerðarsafn, the ASÍ Art Museum, the National Gallery of Iceland and elsewhere. Ívar is one of the founding members  of The Living Art Museum.