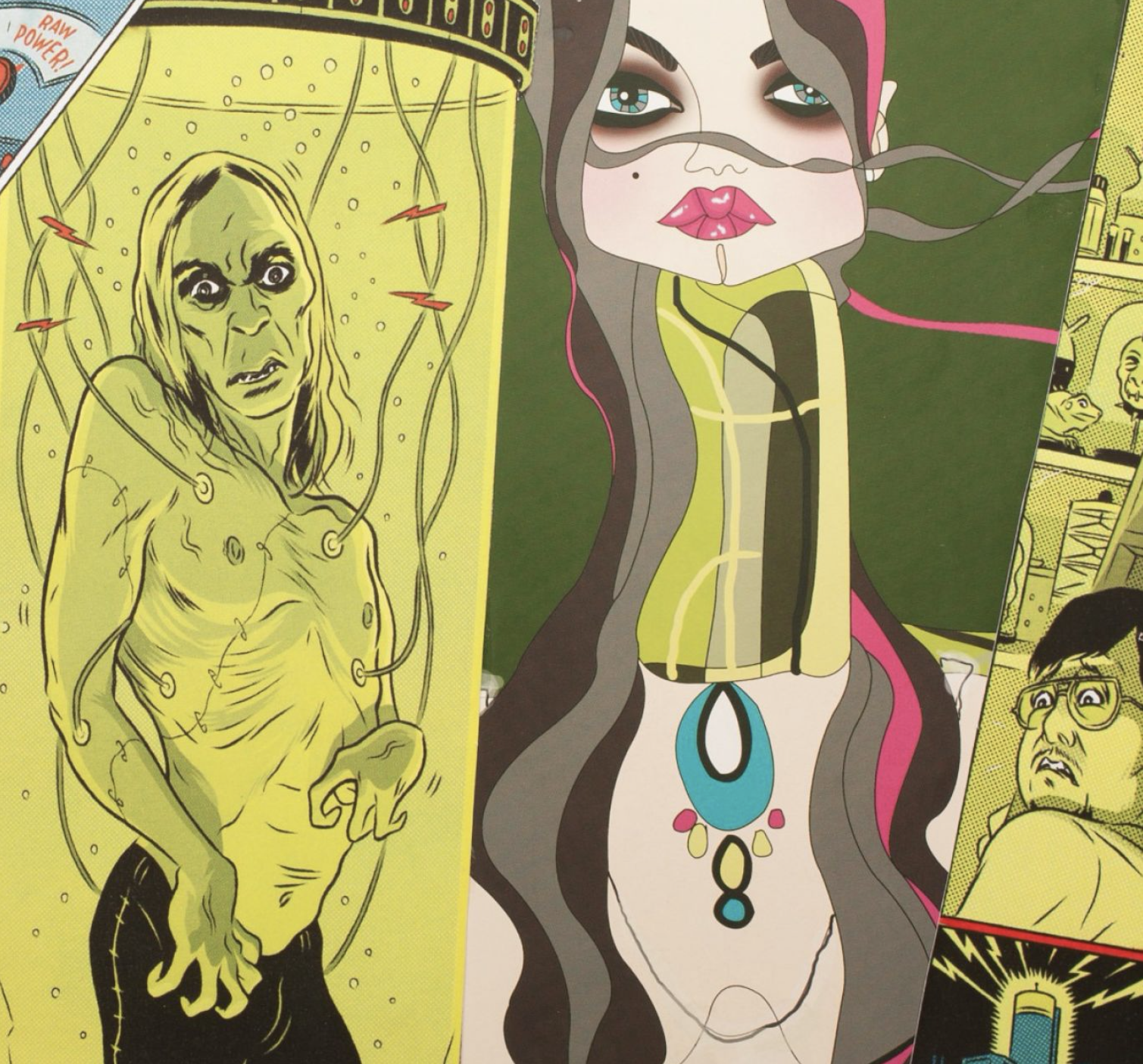 The exhibition Raw Power places Erró’s works from different periods in the context of contemporary Icelandic art. The works on display are diverse and in one way or another they reference and/or reflect the numerous media Erró is known for and the rich and dynamic ideology which is so apparent in his art.

In preparing this exhibition, it became clear that the narrative, the author characteristics of Erró himself, would be a predominating factor in choosing the other artists’ works. They are teeming with symbols and references, to art history and the visual culture of daily life. The artists are also preoccupied with sociological connections which play such a large role in art; to echo and illuminate its age. There is a strong undercurrent of unbridled creative force where found imagery and narrative is mixed with primitive creation and expression.

It is interesting to scrutinize Erró’s works in the context of other artists in this exhibition. He has worked abroad for the whole of his career and this is a good place to ponder his influence on Icelandic art and also if and how he has been affected by Icelandic art and his sincere interest in it.
Although Erró’s work is accessible to us, he has for a long while appeared to us like an island of sorts. His work has rarely been viewed in connection with contemporary Icelandic art, which makes this presentation long overdue. Contemporary Icelandic art is international, just like Erró’s art, and the artists are active both in Iceland and abroad.

Raw Power is the name of one of Erró’s works on display. The title is in reference to an album by the US band The Stooges with front man Iggy Pop. The album was released in 1973 and quickly became the symbol and role model of the punk rock scene.

The following artists, apart from Erró, have works in this exhibition: