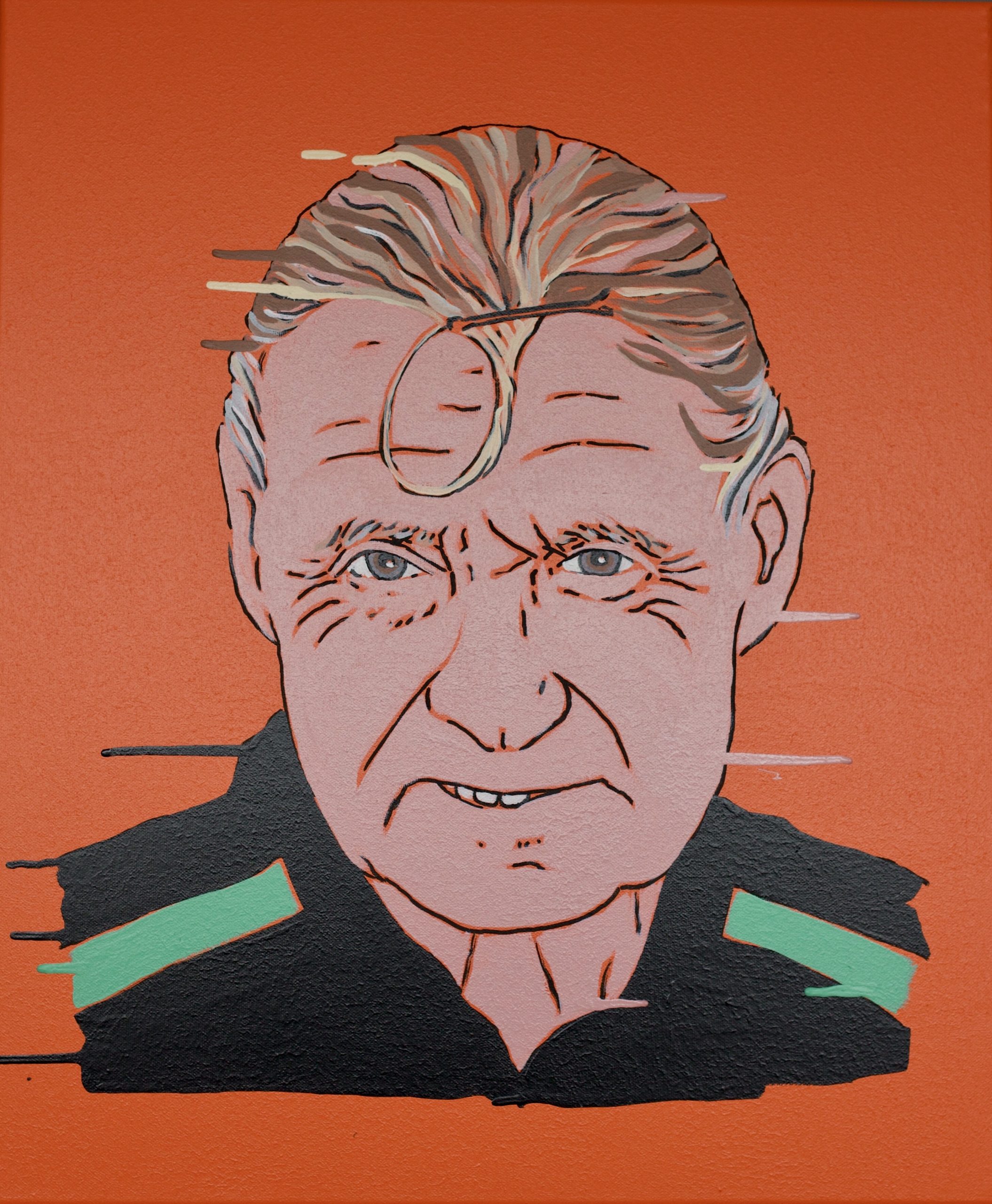 Snorri Ásmundsson: Fries In Between

At times Snorri Ásmundsson has been called the “l’enfant terrible” of the Icelandic art scene. His subject matter often includes social taboos such as politics and religion and his performances have often moved communities. He provokes societal standards and investigates his and his fellows´ limitations while watching the viewers response closely.

“Every now and then people tell me that I’m a “social sculpture”. I fully understand the statement, since many of my artworks mirror or extend my thoughts and contemplations. The painting has played a major role in my creative process and my first art-exhibition, in 1996, showed only paintings. Although I’m best known for my performances it is the painting that is eternal and provides for me. To be the best painter in Iceland and grouped among the five best painters in the world today, is a marvelous feeling.”

Snorri Ásmundsson moved back to his hometown of Akureyri in 2017 after staying and attending to the artmuse in Paris, Vienna, Mexico and Los Angeles.