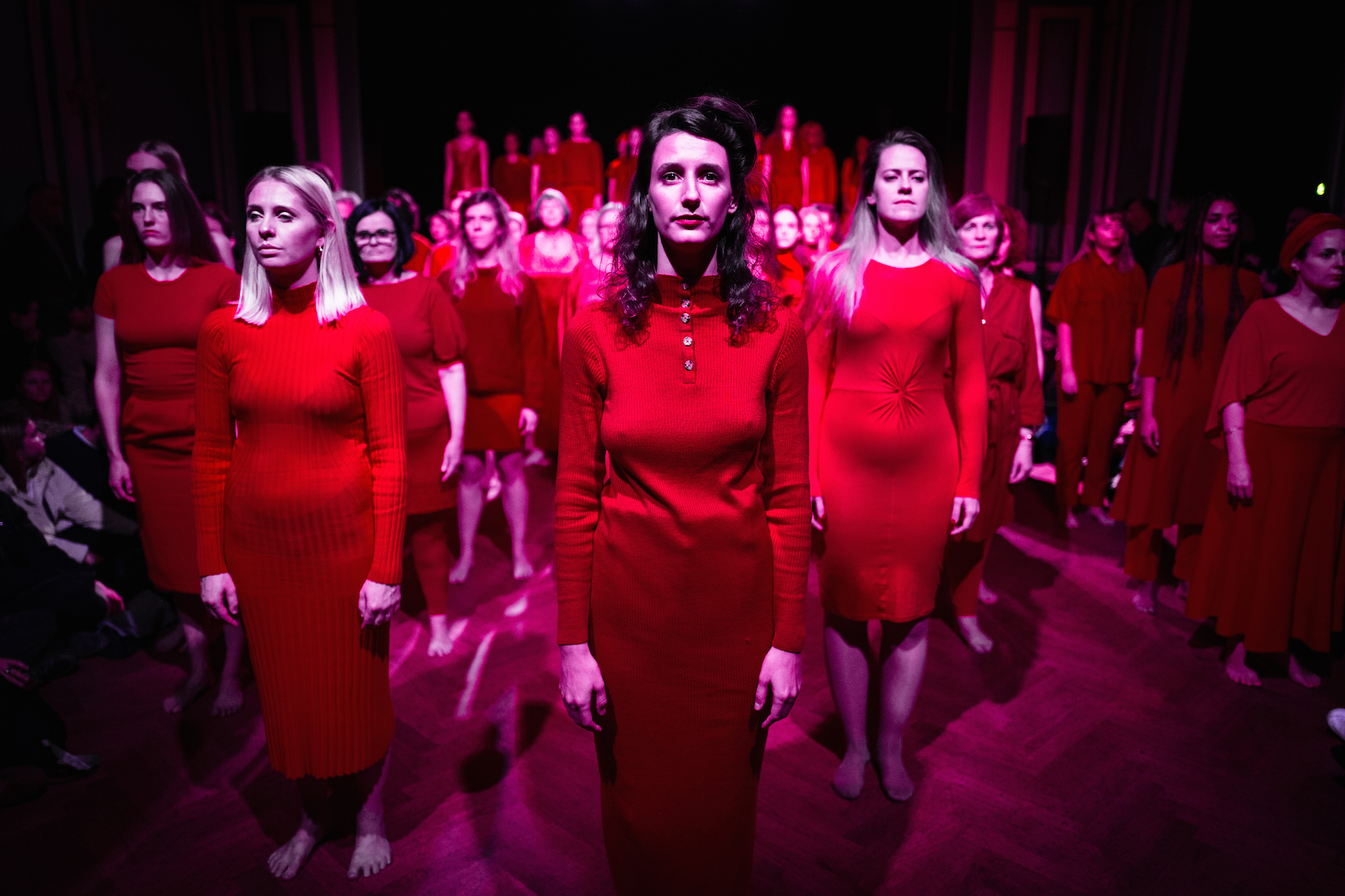 Takeover is a performance series by Anna Kolfinna Kuran, which aims to fill different spaces with femme energy and bodies. The work revolves around the artist’s reflections on women’s visibility in our society. In Iceland one cannot claim that women are invisible or without voice. But which women do we see and hear? Who are the women that take up space and get listened to? The idea behind Takeover is to create a platform for women of different backgrounds to unite in solidarity and strength. The work explores the power of stillness and softness and the energy created by many women coming together.

For LÁ Art Museum Anna Kolfinna has created a threefold work consisting of a video work, live performance at the exhibition’s opening and a sound piece. In the video work the women come together in solidarity, creating patterns in the architecture of the museum. A site specific video work in which the women perform mysterious ceremonies. At the opening of the exhibition on June 5th 2021, the women will invade the museum with a performance in which they refer to the actions in the video, as well as using their voice to fill up the space with their energy. They appear amongst the crowd and perform a powerful and escalating ceremony which creates a mystical and electric atmosphere. After the opening a part of the performance is reborn. The women’s voices will be recorded during the performance and put back into the space where it will become a sound piece. The video, the performance at the opening and sound piece present three independent approaches of the same idea experimenting with time and space in one red universe.

Anna Kolfinna Kuran (b. 1989), is an artist based in Reykjavik, Iceland. She received her Bachelor’s degree in contemporary dance from Iceland University of the Arts in 2013 and completed her Master’s degree from New York University in Performance Studies in 2017. Anna Kolfinna’s work is cross-disciplinary, most often manifesting in performance and visual works. Her artistic research is mainly focused on, but not excluded to, contemporary feminism and themes regarding the female body and image.

Anna Kolfinna has worked on various projects such as the long term collaborations Dætur (e. Daughters) and Kraftverk and a personal project titled Woman Landscape in which she explores the connection between space and gender. The latest development within Woman Landscape is the Takeover Series, which is a social art project bringing together women of all ages and different backgrounds in a powerful performative ceremony.