Ásdís Sif Gunnarsdóttir: Conversation to the Self 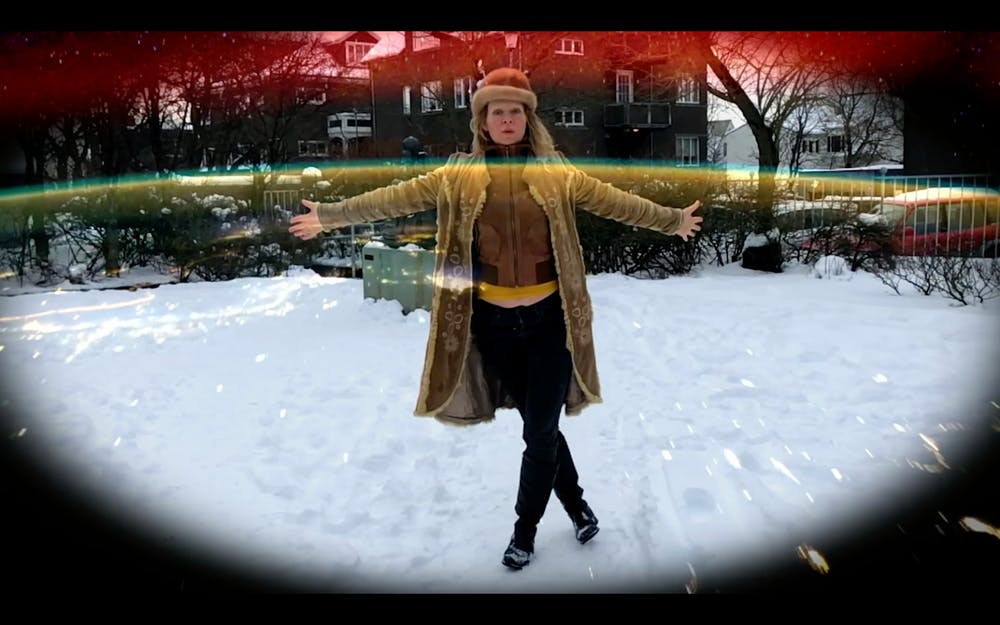 No conversation can take place without some kind of presence. And no conversation can take place without will or risk, without stepping into unknown situations, new perspectives and ambiguous feelings. Conversation to the Selfis a meeting place. A platform where video works, photographs and performances; moments from different times in Ásdís Sif Gunnarsdóttir’s career intertwine into a complex whole. Archetypes from the future appear in times of crisis, buried memories surface and vibrant stories break through darkness and crawl under the skin. The dreamy, almost surreal flash that characterises Ásdís’ work takes over and invites us in.

Ásdís’ works explore the intersection of magical realism and the wonders of nature through distortion, transformation and ritual. They have a hint of poetic and impending turmoil. The works combine poetry and images, private and public space, technology and nature, uncertainty and carefree. They all deal in their own way with what is reflected in the moment, rather than what is actually in front of our eyes, and appear to us in multifaceted videos, live streamings, interactivity and documentation in the form of texts and photography. Ásdís uses new media and technology to reflect the uniqueness of humanity: the soul and the memory that appears to us as a fragment, rather than a whole. Her work is thus undeniably reminiscent of some kind of a machine that splits time and pieces it back together.

Ásdís Sif Gunnarsdóttir (b. 1976) lives and works in Reykjavík. She graduated with a BFA from the School of Visual Arts in New York in 2000 and an MA from the University of California, Los Angeles, in 2004 with a focus on video and performance arts. Since the beginning of her career, Ásdís Sif has exhibited in both solo and group exhibitions in Iceland and internationally, including the Akureyri Art Museum, Hverfisgallerí, Reykjavík Art Museum, Centre Pompidou (Paris, France) and the Tate Gallery (London, UK).