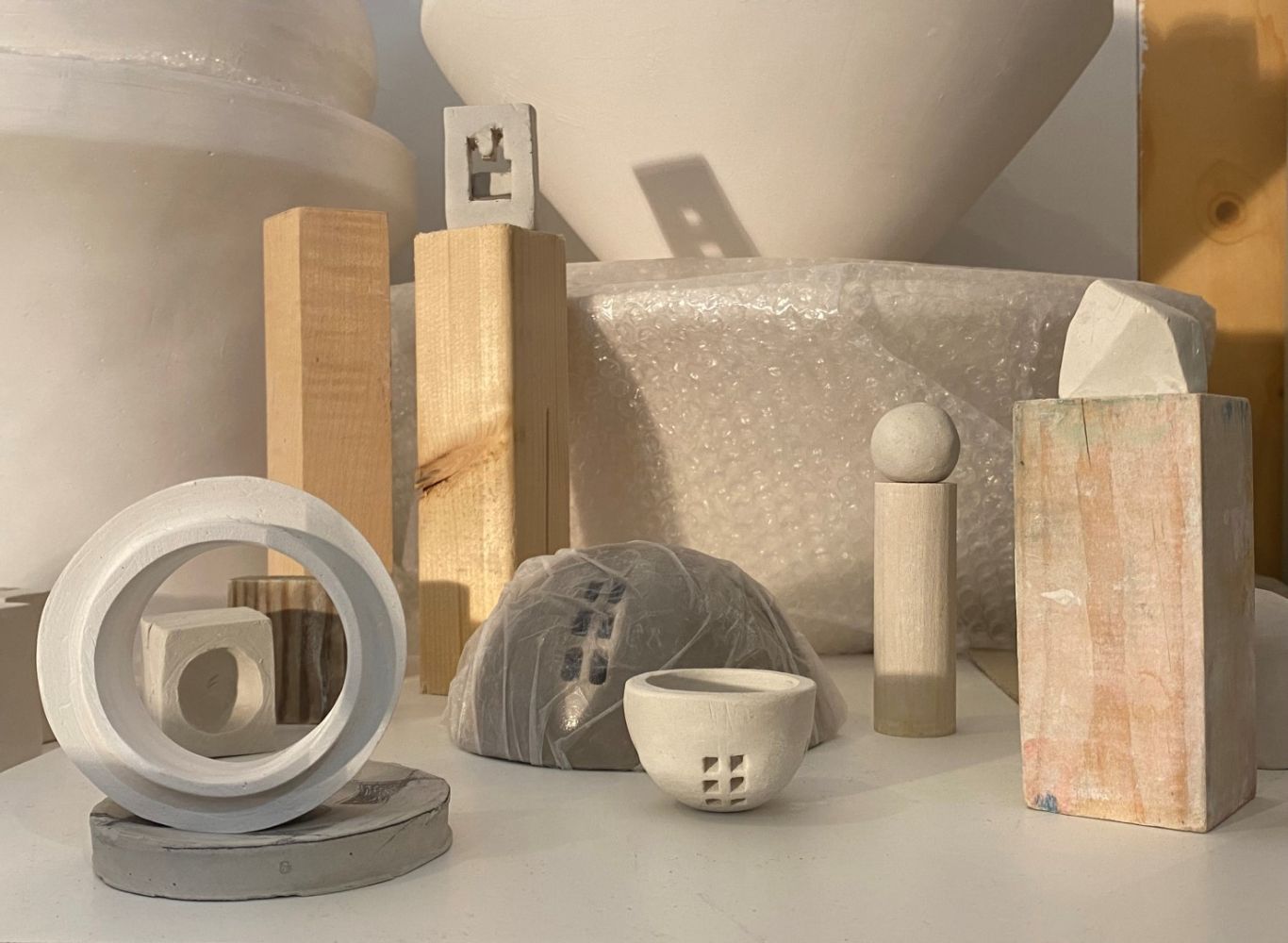 Rósa Gísladóttir exhibits her work in a conversation with the work of Ásmundur Sveinsson. Sculptors from different periods meet in dialogue that offers a new insight into Ásmundur’s heritage and introduces new works by a contemporary artist to the viewers.

In her career, Rósa has worked with various materials but she is best known for plaster sculptures which have taken on different shapes and sizes throughout her career. She often works with artistic references to architecture and cultural history and will utilise Ásmundarsafn, the museum building itself, as a sculpture. Ásmundur built “The Dome Building” at Sigtún in a few stages between 1942 and 1959. It was his home and his studio, and here the studio atmosphere from both Ásmundur and Rósa will meet and become visible.

Rósa Gísladóttir (b. 1957) studied art in Germany, England and Iceland. Her work has been exhibited widely in Iceland and abroad, including in Scandinavia House in New York, Saatchi Gallery in London, Reykjavík Art Museum, Hafnarborg Centre of Culture and Fine Art, LÁ Art Museum and Berg Contemporary. In 2020, Rósa became the first recipient of the Gerður Award, given to an outstanding sculptor.

Ásmundur Sveinsson (1893-1982) was among the pioneers of Icelandic sculpture and one of the artists who introduced new art ideas to Icelanders in the 20th century. Ásmundur was inspired by Icelandic folktales and myths, but he also drew a lot from the society and technological advances of his time. Ásmundur’s work can be found in public places all over the country and are prominent in Reykjavík. He stayed true to his opinion that the art should be for the people and belonged with the people.

Ásmundur left his works and his home to the city of Reykjavík. Ásmundarsafn at Sigtún was formally opened in spring 1983 and has hosted diverse exhibitions.