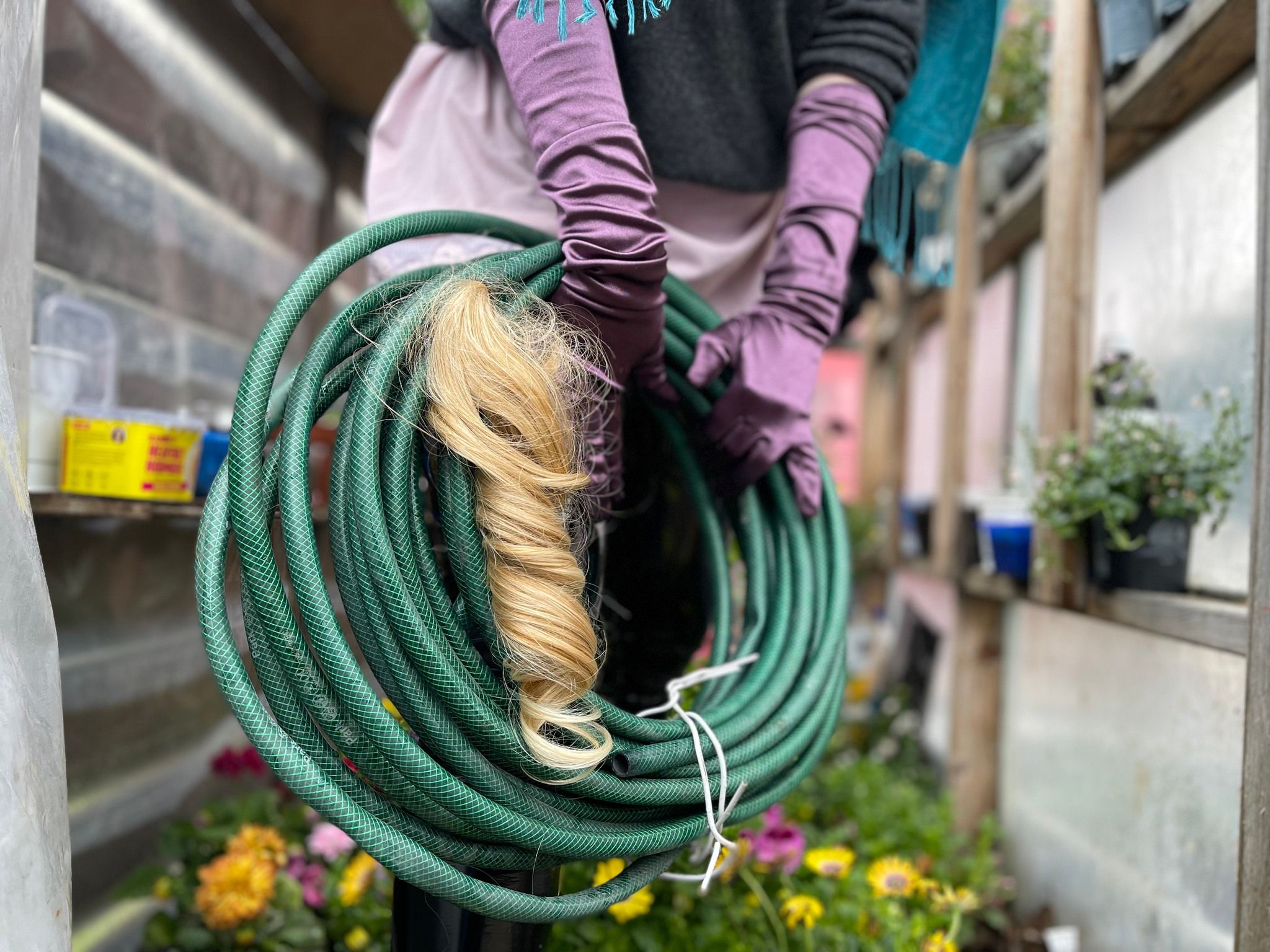 In Dýpra | Deeper, Brák explores the commonalities of horticulture and modern sexual aesthetics, humanity and nature, pain and pleasure, in an attempt to approach nature in a way that challenges conventional ideas and its relationship with human culture. The exhibition draws on the artist’s research into how the body interacts with plants and vegetation. Brák plays with common concepts within everyday gardening practice: harnessing nature and controlling growth inside. The exhibition also expands its reaches into the garden: a territory which is both natural and man-made. Inside, hanging on the walls, are gardening tools, or are they toys? It is hard to distinguish, but perhaps the two are not mutually exclusive. Out in the garden someone has been diligent in the flowerbed, which looks like it might bear an odd fruit.

In the artist’s research earth is given the role of the submissive, in a game where the gardener caresses it and carefully pushes its boundaries. The game’s arena is determined by the submissive but the rules are set by the master. Passionately, the artist tries to penetrate deeper, deeper into the earth. Respect, intimacy and responsibility are an essential part of this power play which requires care for the subject. The game creates a blushing tension when both players’ boundaries are stretched to their limits.

The philosophies behind the fetishistic and sexual cultures Brák refers to in her works are built on strong and meaningful aesthetic values that she lets spread into the well known imagery of gardening, activating it and invoking said tension. This carnal investigation begets results that challenge conventional ideas of relationships, humanity and nature, resulting in the blurring of lines between the boundaries of the body and its environment.
buy xenical Canada https://langleyrx.com/xenical.html no prescription

Dýpra | Deeper exhibits many clues as to what these results might be, allowing the viewer to fill in the gaps.

Brák Jónsdóttir was born in 1996. She graduated with a BA degree from the fine arts department of the Icelandic University of the Arts in 2021. Her works mostly take the forms of video, bookworks, sculptures and performances. Lately her focus has been on the relationship between man and nature. In her researches she uses kinks and fetishes as tools to investigate human interaction with natural systems on the bases of domination and submissiveness, fantasy and feminism.