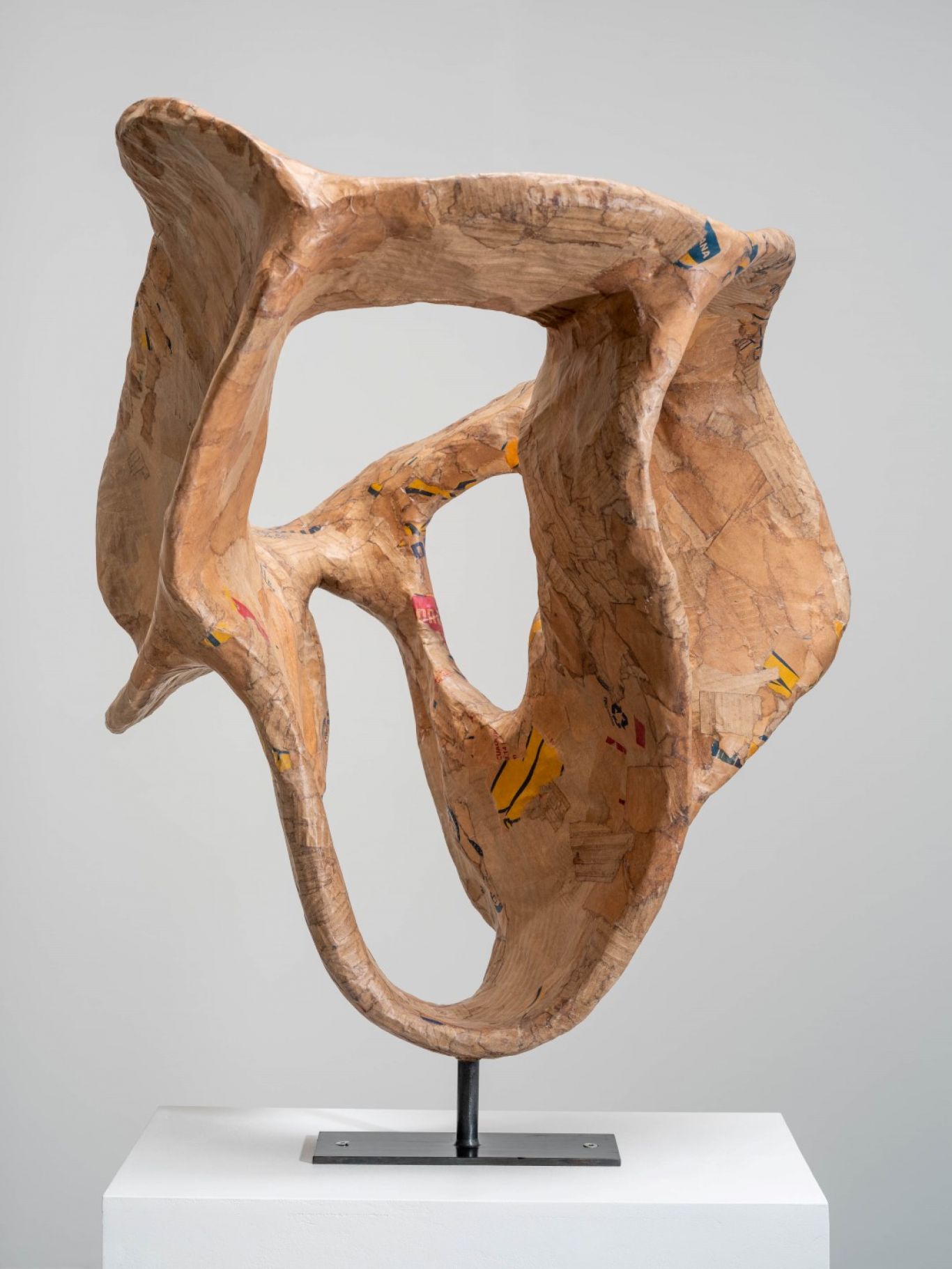 Carl Boutard’s sculptural practice has been shaped by his constant longing for the outdoors. Often situated or made in public space, it observes and reflects on the relationship between human beings, nature and culture. Carl describes himself as an “old-fashioned sculptor” and refers to his emphasis on material and form, and the function of the works to change depending on the point of view from which they are viewed. There you can often see experiements with emptiness or an opening inside a molded frame. The works may appear abstract, but are often drawn from natural forms that can be found in the tiny plant kingdom or in the vast universe.

Much of Carl Boutard’s art practice is paralleled in the lifework of Ásmundur Sveinsson. It is exciting to see the work of these sculptors from different times call upon one another. Carl exhibits new work after himself and selects work by Ásmundar in conversation with them. The exhibition is part of a two-exhibition series in Reykjavík Art Museum – Ásmundarsafn during 2021, including an exhibition of work by Sirra Sigrún Sigurðardóttir to open early in the year and Carl’s exhibition will follow in the fall. With these exhibitions, Ásmundarsafn will re-open following the largest renovation since its opening to the public in 1986. Visitors will gain new perspective on the heritage of the well-known and cared for artist through the lens of two contemporary artists, and within the beautiful environment of Ásmundarsafn and the surrounding garden.

Carl Boutard, born 1975 in Kiruna, has studied at Malmö Art Academy and Iceland University of the Arts, Reykjavik. In addition, he has studied architecture at the Royal Institute of Technology in Stockholm. Boutard’s work has been shown at Malmö Art Museum, Lunds Konsthall, Sven-Harrys konstmuseum, Artipelag, Bonniers Konsthall and Centre Culturel Suédois in Paris. Boutard was awarded the ISCP-scholarship in New York in 2015 and his public commissions include sites in Stockholm, Uppsala, Karlstad, Lund and Heidenheim, Germany. He is represented in the collections at Malmö Art Museum, Public Art Agency Sweden and Skissernas Museum – Museum of Artistic Process and Public Art in Lund. Carl is Assistant Professor at the Department of Fine Art at Iceland University of the Arts.