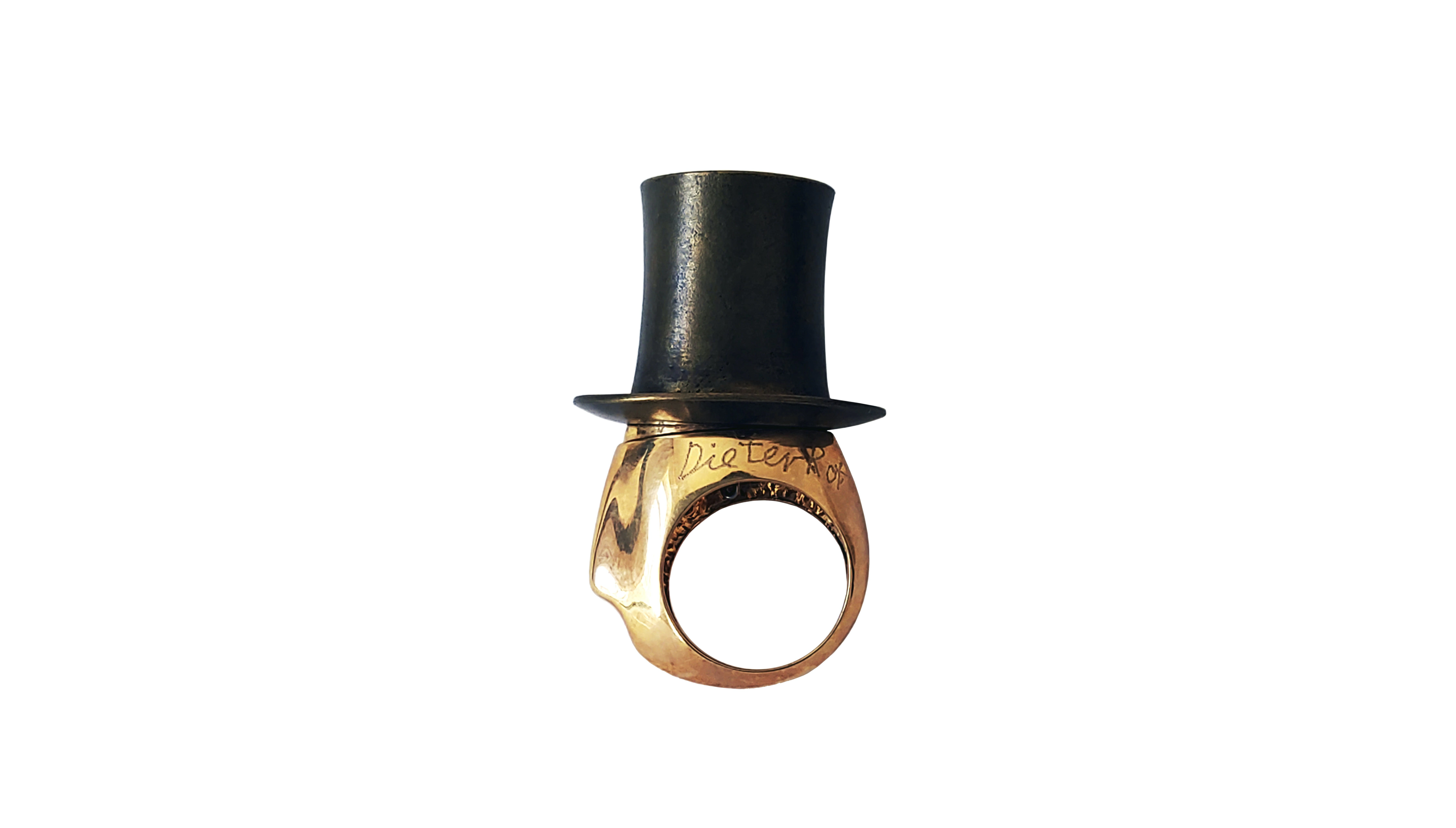 Dieter Roth (1930—1998) was a pioneer who respected no boundaries: a thinker, trailblazer, poet, musician, filmmaker and visual artist. A less well-known aspect of his career is that he also made an impression with his creation of innovative jewellery, starting in Iceland in the late 1950s.

The first pieces of jewellery designed by Roth were made in collaboration with his wife, artist Sigríður Björnsdóttir, at the kitchen table in their home; but before long they were offered better facilities in the atelier of goldsmith Halldór Sigurðsson at Skólavörðustígur 2 in central Reykjavik

Roth‘s jewellery, generally composed of screws, bolts and other mechanical parts, could be assembled in various different ways, and reconfigured. His jewellery-making was characterised by the same approach as his art: he made use of materials that were generally dismissed as waste or refuse, which he transformed. No two objects are alike; Dieter Roth was familiar with the qualities of the material, and worked directly with it. In the 1960s Roth embarked on collaboration with Swiss goldsmith Hans Langenbacher; the two men had first met at the atelier of goldsmith Jón Sigmundsson in Reykjavík in 1958, and been impressed by each other‘s methods, use of materials, and skill.

At the National Gallery of Iceland, an opportunity is offered for the first time to see Dieter Roth‘s unique jewellery in a coherent context. The exhibition bears witness to his experimentalism and unconventional methods, and sheds new light on the oeuvre of this outstandingly versatile artist.