Egill Logi Jónasson: Your Best Is Not Enough 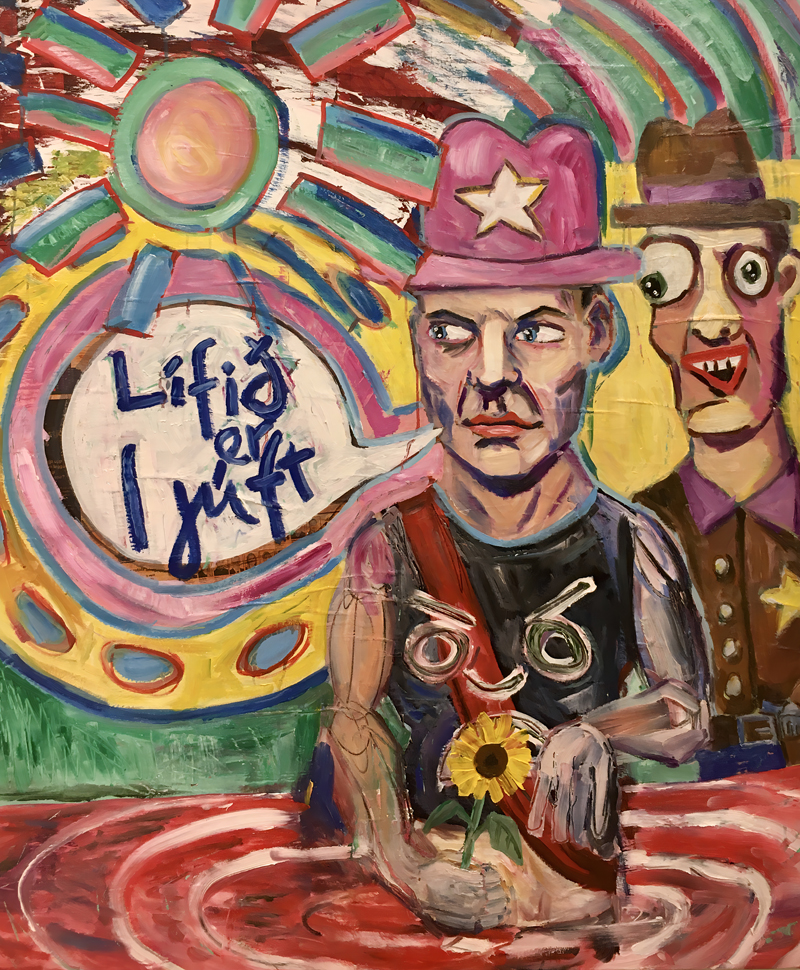 “There is a man, there is a young man, there is a teenager. In the biggest room of the smallest house hangs a picture of a lion. The lion is holding a smaller lion. That lion carries its tail, thereby forming an endless circulation. Outside the window the wind blows vigorously on a being who is seeking shelter in an unfinished back building. The music lingers, partly.”

Egill Jónasson (born 1989), also known as Drengurinn fengurinn, lives and works in Akureyri. He graduated from Akureyri School of Visual Arts 2012 and finished a BA degree from Iceland University of The Arts 2016. Jónasson uses various media in his art creations such as music, performance and video. He is a member of the Kaktus artgroup.