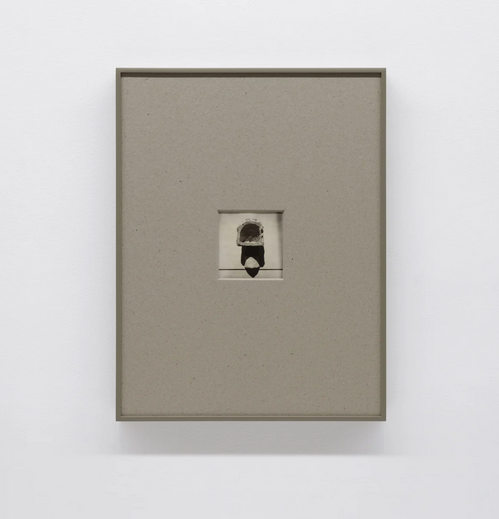 i8 Gallery is pleased to announce Elisions, a group show featuring the work of N. Dash, K.R.M. Mooney, B. Ingrid Olson, and Carrie Yamaoka. The exhibition features works that employ painterly, photographic, and sculptural methods. In the works on view, control and chance alternately mediate processes of replication, reproduction, resurfacing, and cropping.

Elision is a dropout. Technically, elision has something to do with apostrophes and absent endings. It is a crop, or a compression of a word, or words. It is a contraction. When two become one, or one becomes compacted between tongue and teeth as though your mouth was a trash compactor and this word, now like a cube of trash. Once larger, maybe also amorphous, the word-trash is shortly-uttered, compacted and is transmuted: solid and immovable with no space left to give, no air between hard consonant lines.

Elision, in addition to its subtractive nature functions as a kind of abstraction. While some abstraction is materially based, additive, and cumulative, there is another kind more about withholding and taking away. To lessen information–whether vowels, consonants, pores, hairs, nature, context, details–is a particular kind of abstraction. This is a type of reduction that makes it possible to approach complexity, making it possible for legibility as much as multiplicity of meaning. As a double negative, (ab)subtraction makes room by negation. Removal is additive, just quietly so. [If I had more time, I would write less.]