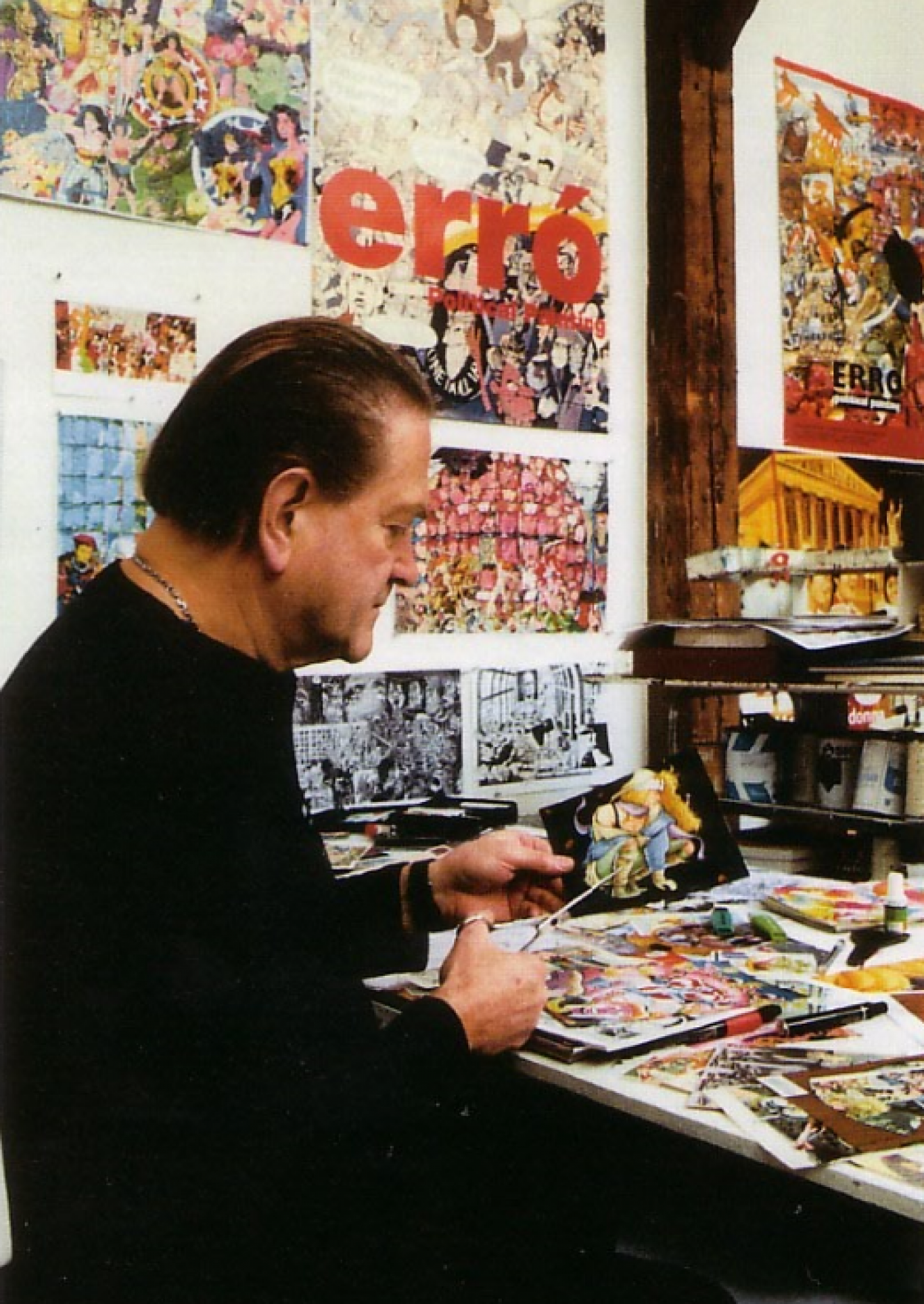 Collage has formed the basis of Erró’s artworks for over sixty years, beginning early on with his Meca-Make-Up series in 1959-60, and resulting in more than 30,000 collages today. Through collecting, cutting, pasting and then painting Erró has freely mixed and quoted found material, transforming it into dynamic, striking and jarring visual collisions. In doing so he lends new meaning to the abundance of images that can be gleaned and culled from history, current events, world influences and our everyday lives.

Since 1989, Erró has donated more than 700 collages to the Reykjavík Art Museum, a considerable collection and national treasure that continues to grow. Following the recent update to collages in the Erró collection, this exhibition presents these works alongside others that span the entirety of his vibrant art career. Throughout the exhibition, it is possible to trace Erró’s commitment to collage as a step to creating other artworks, and a means to continue to narrate unexpected stories.

Erró (b. 1932, Ólafsvík) lives and works in Paris, where he arrived in 1956 by way of Norway, Germany, and Italy. He was among the most prominent figures of the European avant-garde of the 1960s and is associated not only with the renewal of pictorial figuration, due to his invention of narrative collage-paintings, but also with the Happenings movement and experimental cinema. Although Erró’s work is often, rightly, attached to artistic groups like Surrealism, Narrative Figuration or Pop art, it cannot be reduced to any one of them.