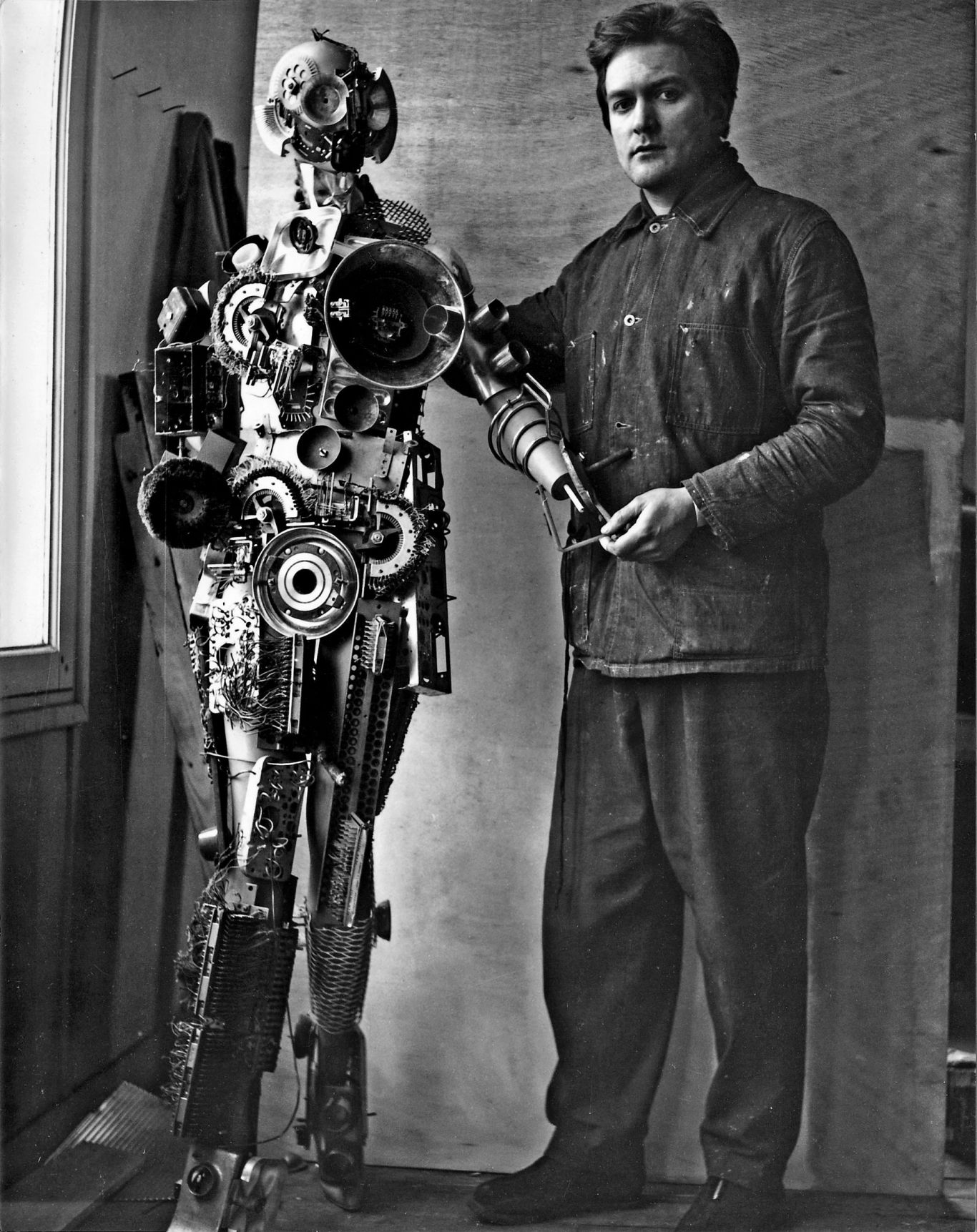 In 1963, Erró (b. 1932) created the set and props for the experimental film Mechanical concerto for madness or the mad mechamorphosis by French director and writer Éric Duvivier. The task was not far from themes within his art practice, which already deeply explored collage and three-dimensional assemblages of found and ready-made images and objects.
buy lexapro Canada https://langleyrx.com/lexapro.html no prescription
Erró’s interest in technology and science, his fascination with the mechanical world, and increased participation in the emerging scene of happenings and experimental film inspired the work. The imaginary, the surreal, science fiction, and the potential of the human body to be something other than organic; machine, mechanized, or artificial, inform ways to read this film and Erró’s contribution to it.

We observe two humans seemingly and unknowingly transform into mechanized beings in a colourless world. Everyday, oversized and misplaced objects shift the scale and focus, leading us into another place; uncertain land and a far-fetched workshop. In exploring this new world, the pair becomes part of its assembled pieces and conveyor-belt production line. It is uncertain if this scene is merely fantasy or more akin to our impending reality? In other words, who are these humans, skeletal, patterned, misshapen bodies and other masked, mechanized, assembled, futuristic figures – and where are they headed?