Erró: The Power of Images 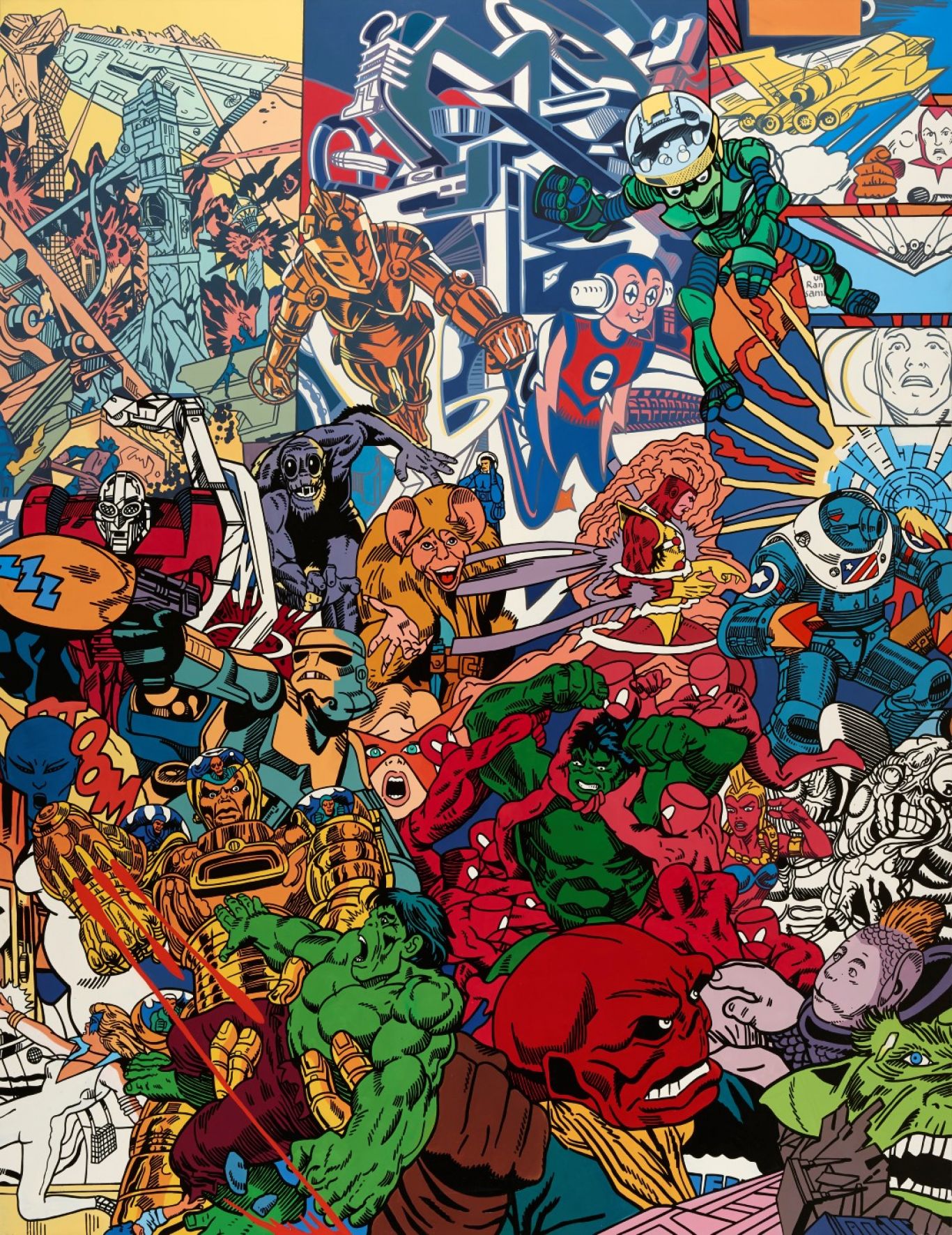 Erró is one of the few Icelandic artists who has gained a foothold in the international art scene. The Power of Images is a comprehensive overview of the artist’s colourful career that has made use of various media in the visual arts. Within it you will find everything from performances, video works, graphics, multiples and collages, to larger works in public spaces and paintings of all scales. All have helped to earn his place in the art history of Europe. Here presented, is the most extensive exhibition that has been realized of the artist’s works in Iceland.

The artist Erró, born Guðmundur Guðmundsson in 1932 in Ólafsvík, West Iceland, was among the most prominent figures of the European avant-garde of the 1960s. In the history of art of that period, his name is associated not only with the renewal of pictorial figuration, due to his invention of narrative collage-paintings, but also with the Happenings movement and experimental cinema. Although his work is often, rightly, attached to artistic groups like Surrealism, Narrative Figuration or Pop art, it cannot be reduced to any one of them.

Erró draws inspiration from our globalized world and its continuous flow of images and information. As the forefather of painted collage (that is, the practice of painting based on preparatory montages of ready-made images), he has developed an exuberant saga of consumer society and world politics, often with critical or satirical intent. Freely mixing and opposing images from different print sources and places, he has produced a dense, complex and often disturbing oeuvre, which breaks open cultural stereotypes and hierarchies and mingles past and present, fiction and reality. Taking the art of collage to its extremes, his original compositions articulate a flow of powerful visual narratives that covered the “world scene” long before the internet was invented and globalization became a common theme.

Organized according to a chronological-thematic framework, this retrospective exhibition covers the whole of Erró’s artistic career, in all its diversity, right up to his most recent paintings and collages. It puts on show more than seventy years of work, during which images made by other people have nourished his imagination and his practice. Avidly collected in the course of his numerous travels around the world, these images have been subjected to various misappropriations and unexpected combinations. The exhibition seeks to show how Erró’s fund of sources has been enriched and renewed over time to cover every possible domain, from art and cinema to comic strips, by way of science and technology, history and politics, advertising and propaganda, or eroticism. It looks at the different ways in which he has refashioned and recomposed this visual material in order to create a hub of resistance to every form of authority, and to express a highly inventive fantasy.

The exhibition The Power of Images reflects Erró’s remarkable career and is considerably based upon the artist’s donation of art to the City of Reykjavík. In 1989 the City of Reykjavík accepted a large collection of around 2000 works by the artist, including documents and other material important to research on the artist and his contemporary time. The collection has grown steadily over the past years, with nearly 4000 works now in total. The Erró Collection found its place in Hafnarhús and the gift initiated the basis for the Reykjavík Art Museum to open operations in the building. Exhibitions from Errós’ collection are a permanent fixture there, and with them we aim to offer insight into the different emphases in his work. The exhibition will travel to Denmark and open in ARos Museum in Aarhus in April 2023.

The Power of Images is installed across Reykjavík Art Museum – Hafnarhús, with more than 300 artworks of various kinds, as well as, photographs and other information about the artist exhibited. An extensive publication will be released parallel to the exhibition, with texts by the curators, Danielle Kvaran and Gunnar B. Kvaran, connection to the exhibition, who write of the different periods in the artists career, along with texts and interviews by Bjarni Hinriksson, Jean-Max Colard, Alain Jouffroy, Jean-Jacques Lebel, Hans Ulrich Obrist and Anne Tronche.