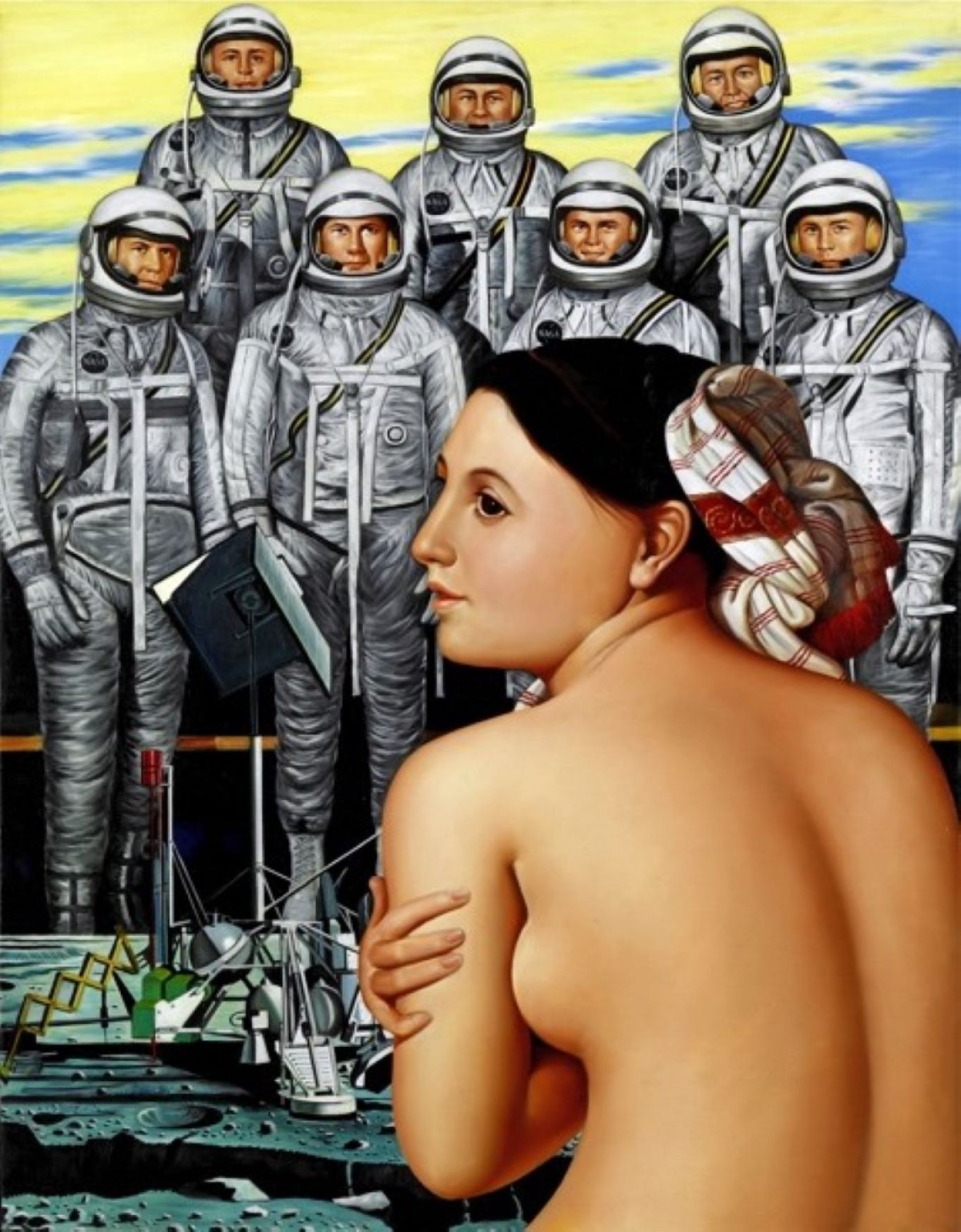 The journey characterizes both Erró’s life and career. He studied art in Reykjavik, Oslo, Ravenna, Florence, and eventually settled in Paris in 1958, after spending several months in Israel. Many successive journeys followed, including some remarkable trips to New York, Moscow and Havana. A world tour, 1971-1972, led him to cross Asia. From the 1970s, he has lived and worked between Paris, Bangkok and Formentera in Spain.

Erró’s travels play an important role in the creation of his works. Wherever he goes, he collects hundreds of images. He brings them together in collages which, enlarged, lead to paintings. The idea of travel, of displacement, appears in many works through the use of motifs such as planes, rockets, trains, birds, horses, or even superheroes.
buy prelone online www.adentalcare.com/wp-content/themes/medicare/editor-buttons/images/en/prelone.html no prescription

It manifests itself in a specific way in the series about “Mao’s world tour”, “space travels” and “North African women”.
buy singulair online www.adentalcare.com/wp-content/themes/medicare/editor-buttons/images/en/singulair.html no prescription

All the works are owned by Reykjavík Art Museum.