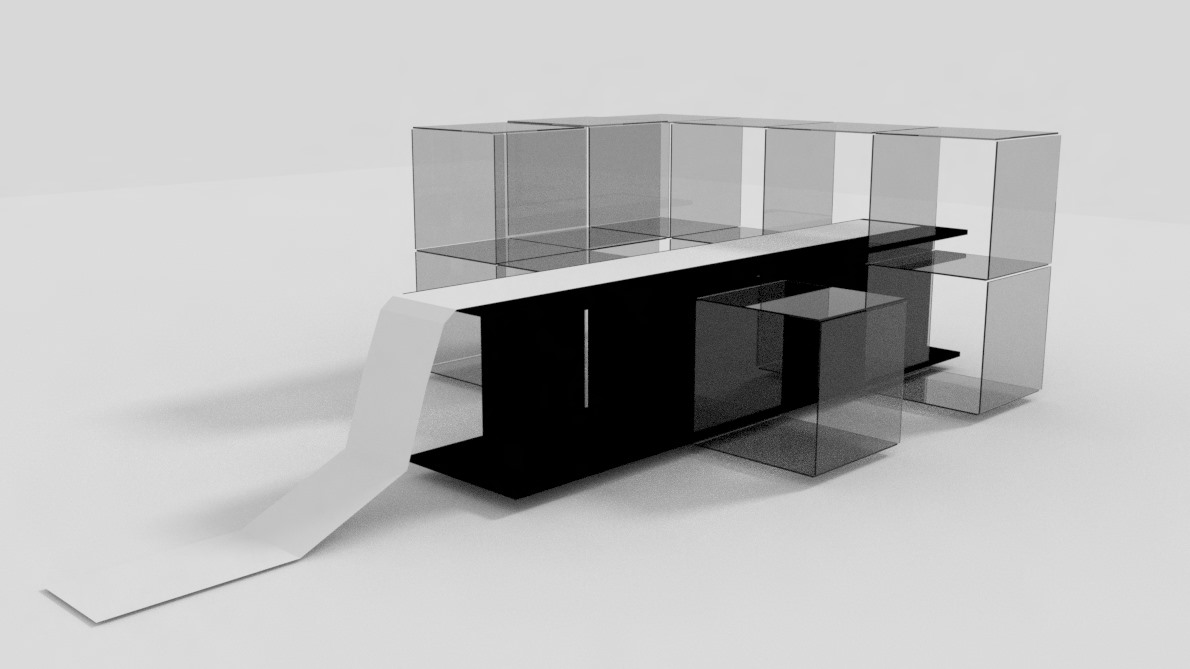 I see filmmaking as a possibility to establish connections between topics that are not possible without an interdisciplinary approach. As part of my practice, I use archival strategies as research and as a way to generate artwork. In my exhibitions I usually put on display a collection of objects and texts—sometimes self-produced—to stage the reality on which the films are based on.

My films should also be understood in a holistic way; meaning it is also my task to think about the way determined discourse is illustrated or counterposed with images that belong to other knowledge areas, e.g…f.ex the relationship between architecture and monumentality or religion and science.

I usually work without a fixed production plan since I prefer to be aware of the situations that the actual space is offering. I create semi fictional portraits of protagonists that are physical incarnations of existential problems. Using multiple sources, styles and narrative strategies, referencing art history and making the research visible in the films is one of the elements that characterizes my work. Perhaps as a consequence of the visual languages overlapping, humor appears as the result of unexpected cuts, or comments on the voice-over that directly confront the spectator’s life values. The funny elements in the films are often a reminder of our own fears, and if an uncomfortable feeling comes up, it is accompanied with a smile. From an existential standpoint, within my work I tend to bring up my own view on death as well as a contemporary, collective one.

“Financial Instruments” is the fifth installation of the “Matrix” series ¬– a series that deals with material culture with the aim of exploring different, yet interrelated paradigms of economic reason. Those works have so far have included “Retail,” “Real Estate,” “Accounting” and “Private Property.”

The works in “Financial Instruments” are about the investment sector. Or that is to say, they are about the accelerating rate of abstraction within the investment sector. Or more specifically, how the system of mortgages, and the interest attached to them, are interlinked with human habitation and associated with indexes of speculation. These works are not analytical. Rather, they are playful in their lyrical use of metaphor. And in their attempt to produce visual material to describes the kinds of abstractions that underlie structures within reality – but which tend to remain invisible.

About the artist:Geirþúður Finnbogadóttir Hjörvar has been living and working in Reykjavik and until relatively recently, Amsterdam. Her work spans a variety of media, including video, text, curation, sculpture, installation and performance. Each of which had been chosen for its ability to form symbiotic relationships with the “content” of the work. The works themselves may be described as a synthesis between historical references, metaphysical speculation and the materiality of contemporary culture.

Geirþrúður Finnbogadóttir Hjörvar graduated from the Iceland University of the Arts and the Malmö Art Academy (MFA). She has exhibited widely in an international context, including the Museo La Tertulia (CO), W139 (NL), Cosmos Carl, Overgaden (DK), Kunstverein Ingolstadt (DE) and Kunstverein Milano (IT), and been selected to take part in renown residencies such as Rijksakademie van Beeldende Kunsten (NL) and Internationales Künstlerhaus Villa Concordia (DE). Exhibitions in Iceland include the Reykjavik Art Museum, The Living Art Museum, Hafnarborg, Kling & Bang and Harbinger.