FROM THE SHORE TO THE MUDPOOL 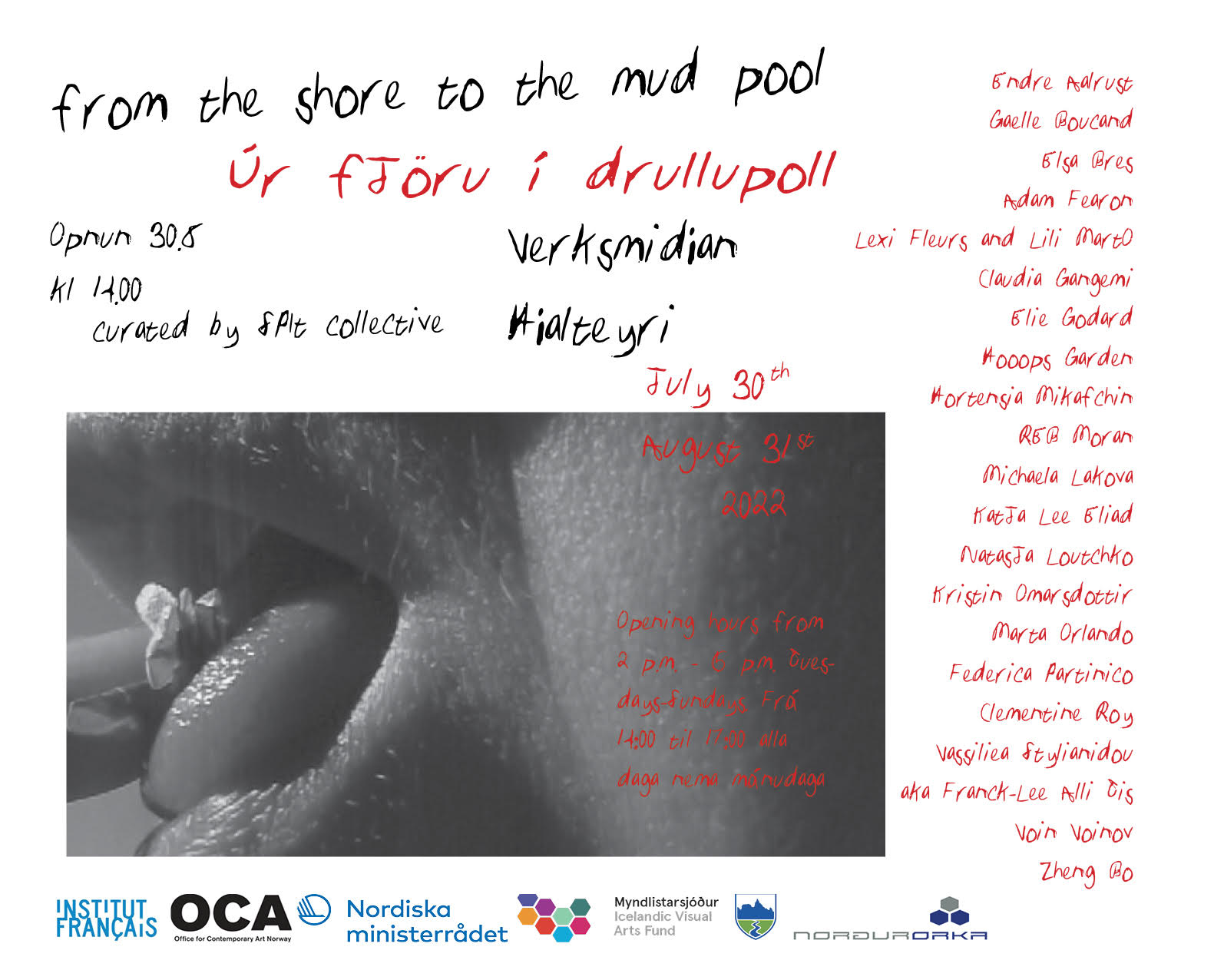 FROM THE SHORE TO THE MUDPOOL

Let´s start with the  act of walking, let´s take as metaphor the desire path, which is often referred to  the realm of  transportation planning, and also known as a game trail, social trail, fishermen trail, herd path, cow path, elephant path, goat track, pig trail, use trail, and bootleg trail and  is a path created as a consequence of erosion caused by human and non human traffic. The path usually represents the shortest or most easily navigated route between an origin and destination. Desire paths emerge as shortcuts where constructed paths take a circuitous route, have gaps, or are non-existent. Images of desire paths have been employed as a metaphor for anarchism, intuitive design,  individual creativity, and the wisdom of the crowds.  Let´s walk around without going anywhere, in a constant state of flow, learning from the landscape, making sounds and echoing the nature.

And once we start to trace these lines, intuitively or pragmatically let´s look back at few decades ago, when during the 70´s in New York, artists and queer were walking the lines of the Waterfront Piers, exploring the boundaries of experimentations and desire, suspended between water and concrete, living a breathing zone; these outsiders of the society were  all going to the Piers to break away  from the normativity and seeking for deviation.  Walking  on the edge of the city, where things have broken down, the ruins of capitalism represented by these abandoned warehouses are just a memory today, sublimated into a naked phantom. We wanted to talk about this memory, this ghost, creating a link between two different places, a displacement of intentions which gather together artists and writers and their practices  linked with Queer culture and Cruising,  as aesthetic method and act of reclaiming spaces and territories through wandering. Here the function of Cruising, well known in the Queer community will turn into a conceptual action, setting a relation between the factory in Hjalteyri and the Waterfront Piers in NYC.

The  artists will display through different mediums and different approaches pieces, performance, readings, writings or walking in order to dialogue with the space. The factory (and the corpus of works) will be at the same time main actor and spectator of the show and the relation between the inside and outside of the building will flip conceptually as a Möbius strip. We investigate the space with several perspectives, as artists, curators, wanderer, set in motion a shift of roles which offers a heterogeneous point of view, and a visionary reactivation of the Ghost . The objects of our gaze become the subjects that look back at the Piers, and look ahead at Verksmiðjan.

Starting from this Heterotopia, we will deal with the phantom of a place that doesn’t ́t exist anymore, yet its traces and ruins can be displayed elsewhere in order to reactivate its Genius Loci, and the urge to claim functional and ephemeral spaces dealing with topics from Queer Ecology, drawing lines between the wilderness and domestication of the outside, and building up a Lesbian Cosmology related with Cruising which never been a lesbian practice, or in general as female identity practice. Moreover, the ultimate intentions is to put in relation outcasts of the normalised society,  in order to launch a round table of discussion and research, formulate questions without expecting strict answers, or answer blurry questions around perception of the public space, wherever and whenever was negated to queer or women, through paradoxes, desires, visions alongside the reference of the Waterfront Piers as archetype of human and artistic expression.