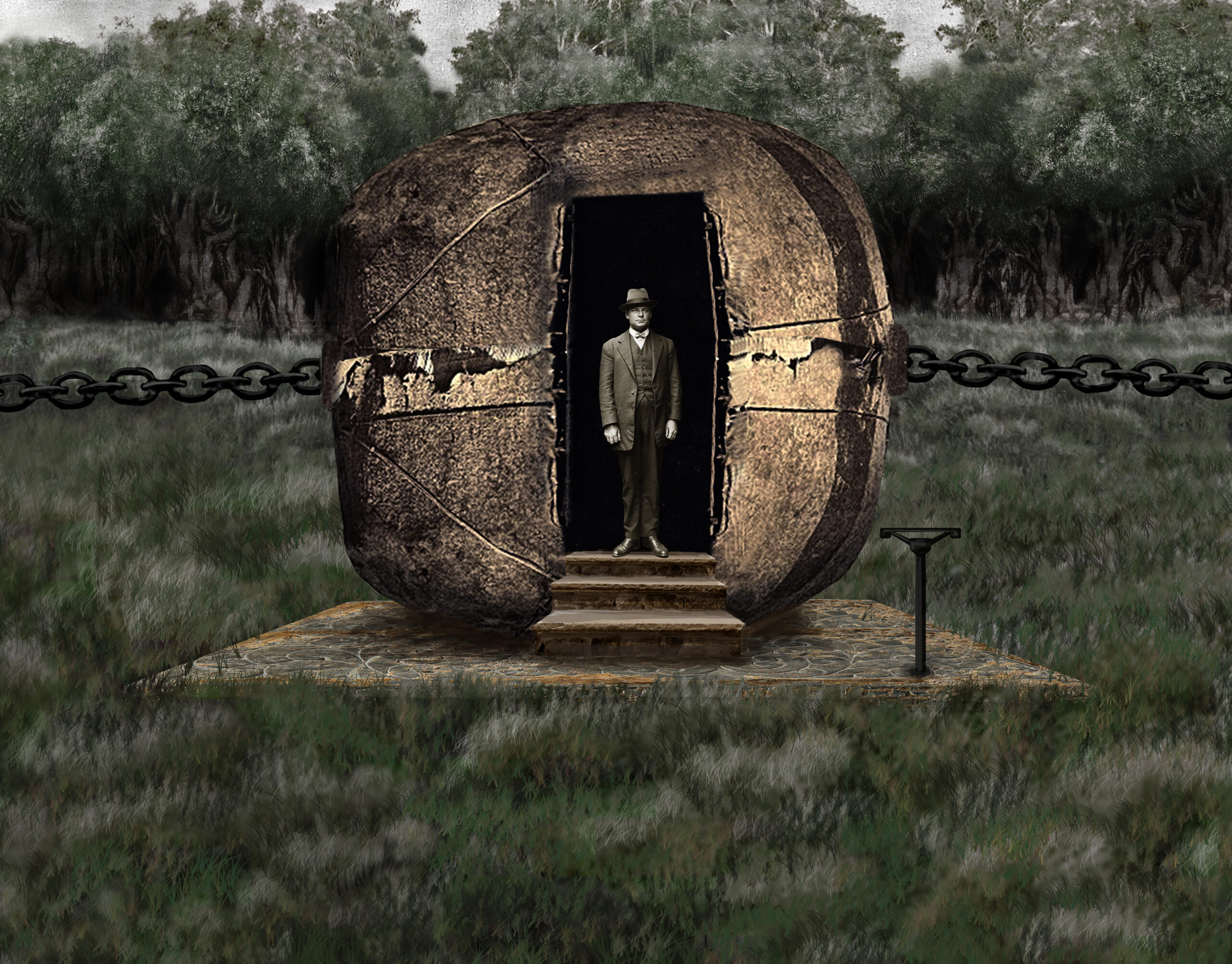 I lived in Iceland for over a decade but—dismissively—never went whale watching until back in
Reykjavík this spring. With my eight-year-old as alibi, I bought two tickets for a boat on Faxaflói
Bay; I packed sandwiches, binoculars, and low expectations. Onboard, we studied posters in the
lower decks with their familiar and exquisite wildlife illustrations by Jón Baldur Hlíðberg, a keen naturalist who once described to me the activity of modern birdwatching (traditionally a no-girls-allowed endeavour) as an evolutionary extension of the hunt. Perhaps that’s the real reason I was sceptical about whale watching: even though it is posited by the tourist industry as an eco-friendly
alternative to whaling, it still had the air of a seek-and-consume pursuit. I didn’t need to go out and hassle whales; for me, it was enough to know they were there.

You can tell where this is going, right? That once I saw actual, animate humpback whales
spouting and fluking in Faxaflói Bay, my cynicism melted away and I was transformed by the
encounter? Well, maybe. It was indeed surprisingly magical. But the pleasure was an odd one—a
voyeuristic one. We saw no breaching, only backs and tails, tantalising suggestions of behemoths
below. The guide, a marine biologist, counted over the loudspeaker for us the minutes between
dives; we all somehow held our breath for eight and a half minutes with the whales until they
surfaced again. Despite spending nearly all of their lives underwater, whales need to come up to
breathe, and that is what the whale watching industry capitalises on. Breathing. Our boat was close
enough that I could look into the creatures’ blowholes as they expelled the air from their
voluminous lungs. Humpbacks, being baleen whales, have two blowholes, like two nostrils. It is an
aberrant thing to gaze into someone’s nostrils and find some gratification there, and an awkward
thing to admit to it. And yet that is what I did, and what I am confessing.

There is a similar spark of uncanny voyeurism igniting the works in Grounded Currents as
the artists here are looking, reaching, across some divide or another. And here I am reaching for a
word that doesn’t seem to exist in the English language, because I don’t mean voyeurism in the
sexual sense; I don’t mean surveillance with its usual connotation of espionage; I don’t mean
observation in a neutral, methodological manner. But watch, as Zinnia Naqvi strives to understand
her encounter with an uncomfortable exchange between her middle-class aunt and a domestic
worker, a recent immigrant with a family crisis. Naqvi’s The Translation Is Approximate rehashes
the conversation she witnessed and recorded some eight years previous, exploring her relationship
with the power dynamics between the two women—and between herself and this scene that became
the subject of an earlier artwork. To whatever extent there is “voyeurism” here, it is, perhaps,
motivated by sympathy, and a desire to narrow or at least interpret socioeconomic and cross-cultural gaps.

In Marzieh Emadi and Sina Saadat’s videos and animations, we also see stretching across
rifts and voids. Quite literally, in the case of Rope Walker: a tiny figure crosses a tightrope above
dozens of scenes of live footage filmed in the night-time streets of Vienna—a patchwork quilt of
drivers, passengers and pedestrians monitored, anonymously, and stitched together into a
mesmerising blanket revealing the quotidian motions of everyday urban life. In other works, Emadi
and Saadat focus inwards, reaching from the conscious into the unconscious and back, in dreamlike
imagery touching on the surreal. Sometimes, they even watch sleepers sleeping, and as viewers of
their work, we become accomplices. Sigrún Gyða Sveinsdóttir, on the other hand, gives voice to the
watched in Hlaupa, a video installation based on an operatic performance in which four trolls reveal the burden of being observed. Extending back into Icelandic folklore in order to interrogate
contemporary crises of climate and society, Sveinsdóttir sets the stage for her narrators to tell the
tale of another troll who gave up running from the petrifying light of the sun and allowed herself to
turn to stone. Was this a willing self-sacrifice, or a surrender under duress? I imagine an eerie
resonance between that hardened troll and a character conjured by Agnes Obel when she sings in
her own haunting voice: “They say every sin will have a thousand eyes / To guilty fools with guilty
minds / But I must be cruel to be kind / Deep within my head of stone…”

We know from physics that observed phenomena sometimes change their behaviours simply
by virtue of being watched. Protons and electrons aside, is it even possible to faithfully observe
another sentient, self-aware being like a whale without disrupting its ways? Certainly not on an
intrusive whale-watching boat on Faxaflói Bay, but probably neither through subtler scientific
means—if only because whales are already drowning in the overwhelming noise of human
activities. “Aquatic animals are immersed in sound,” explains biologist David George Haskell in his
2022 book Sounds Wild and Broken . “Sound flows almost unimpeded from watery surrounds to
watery innards. ‘Hearing’ is a full-body experience. […] Having lived most of my life inland, many
hours’ drive from the sea, I have seldom seen or heard whales. But the whales hear me. They are
immersed in the sounds of my purchases from over the horizon every day of their lives.” Artist
Maryse Goudreau, however, lives right on a North Atlantic bay in Quebec, and much of her practice focuses on the lives and sounds of her local beluga whales. She reverses the dynamic Haskell
describes, immersing participants and viewers in belugas’ calls and even the drumming of their
hearts; she asks collaborators to interpret the meanings in these sounds from across the chasm of
species lines. In her multi-channel video Beluga Constellation , Goudreau imagines a future in
which cetaceans’ songs—their “data”—outlive and replace human technologies. I wonder, then,
whether those whales would take some pleasure in eavesdropping on us.

Eavesdropping: perhaps that is the word I have been grasping for, the common activity in
which these currents are grounded. In the context of contemporary technology and big data
surveillance, “eavesdropping” connotes something less insidious and more analogue, a harmless
listening-in, a curiosity driven by a desire to be part of what’s happening on the other side of the
wall. These artists brought together in Hjalteyri invite us to witness their acts of well-meaning
witnessing. And Hugo Llanes grounds it to the north Iceland–local by dropping anchor in
Eyjafjörður, peering in on the creatures who normally swim past the Factory undetected. The jaws
of the Atlantic wolffish he has etched on the seashells in his site-inspired installation have emerged
from the artist’s longstanding interest in power dynamics, from the legacy of colonialism in his
native Mexico to the domination of humans over other animals. Llanes heard that regular divers in
Eyjafjörður took interest in a certain wolffish because they noticed she seemed to be curious about
them, even to recognise them. And why wouldn’t she? We’re all curious, whether about the people
whose language or circumstance we can’t quite understand, about the inner dreamscapes we can’t
seem to grasp, about the creatures whose sounds spark excitement but not comprehension. Even,
simply, about the breathing mechanisms of those creatures, familiar and mysterious all at the same
time.