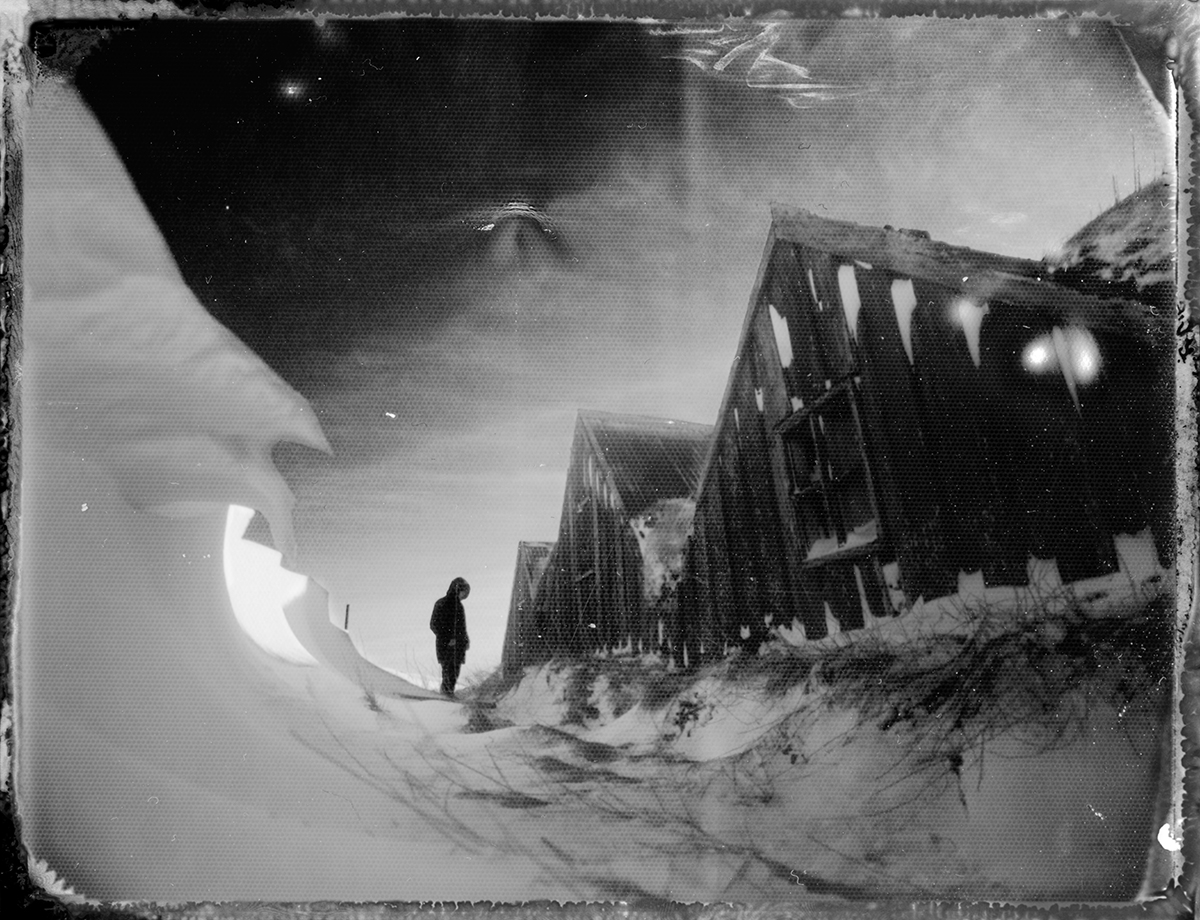 Abandoned farmsteads in the Icelandic countryside have long captured the eye of Guðmundur Óli Pálmason and inspired his artmaking. In his works the viewer meets obscure fragments from the past, which he captures with an old photography method he has specialized in.

An important part of the work „Leaving Art“, here on show, can be catagorized as a performance, which Pálmason started executing over a year ago. He leaves some of his works in rural area, for anyone to find and own.
buy flagyl online herbalshifa.co.uk/wp-content/themes/twentytwentytwo/inc/patterns/en/flagyl.html no prescription

Usually in the places where the photo was taken or somewhere connected to it. Although Pálmason is born and raised in Reykjavík he has never felt at home in a city environment. Thus he poses the big question if there is a connection between the abandonment of vast parts of the countryside to live in city and towns and our severed connection as humans to nature and spirituality. By abandoning the works – leaving art – he seeks to answer this question to which the exhibition‘s title refers to.

“I like the idea of art going full circle, coming back home. Especially because the subject is abandoned farmsteads and I feel as if I‘m bringing them back to life sort of, giving them new purpose.“

Thus, the abandoned farmsteads are not pictures of houses but people on the fringes of past and present; people who have left this world and questions are left unanswered about their lives, deaths and why nobody took over the farm. Are people, like the houses, just empty vessels devoid of spirit in the modern age?

Pálmason only uses Polaroid peel-apart films, which he modifies and manipulates manually with all sort of sprays on chemicals.
buy cialis pack online herbalshifa.co.uk/wp-content/themes/twentytwentytwo/inc/patterns/en/cialis-pack.html no prescription

Subsequently the films are scanned and end as prints on aluminum plates. Therefore it can be said that the method itself is also not a true documentation of the past but rather some kind of a tribute to it. He comes to the conclusion that eventually, everything is left behind; the subject, the method and the art itself.