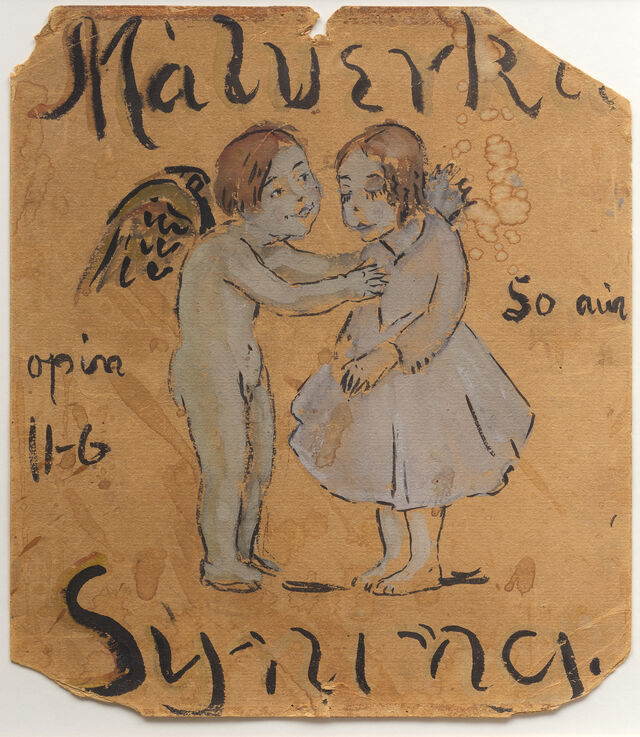 Everything that Muggur touched, people used to say, turned to art, and it was shaped by his remarkable personality.

Guðmundur Thorsteinsson, always known as Muggur, was born in Bíldudalur in the West Fjords in 1891, and moved to Copenhagen with his family in 1903. He studied art 1911-15 at the Royal Danish Academy of Fine Arts. His artistic career after his studies spanned less than a decade, before his untimely death of tuberculosis in 1924. During his brief career he created a uniquely personal visual world. His style was naturalistic, generally foregrounding the narrative element; his oeuvre is characterised by diversity and his quest for artistic freedom.

The exhibition seeks to explore every aspect of Muggur’s artistic creation, which spans many fields: landscape; bucolic and genre themes from Iceland; memories of his travels to faraway places, such as rural Norway and the New York City social scene; fantasy worlds where graceful princes and princesses live in beautiful palaces; the dark and terrifying world of trolls; and the merciful world of faith where Christ cures the sick. Muggur’s illustrations of folktales often underline their comical elements – and he is regarded as the first humourist in Icelandic art. He expressed his ideas in diverse media and methods: he drew in pencil, pastel and pen, painted watercolours and oils, made collages with paper, embroidered, sewed, and carved in wood.

Muggur was an artist of many talents; in addition to his prolific visual art he was also an actor and singer. He acted in plays, performed comic songs, and played the leading role in the film Borgslægtens historie (Sons of the Soil), adapted from an Icelandic novel, which was premiered in 1920.

The exhibition is curated by art historian Kristín G. Guðnadóttir.

Institutions and private owners of works receive special thanks for their contribution.