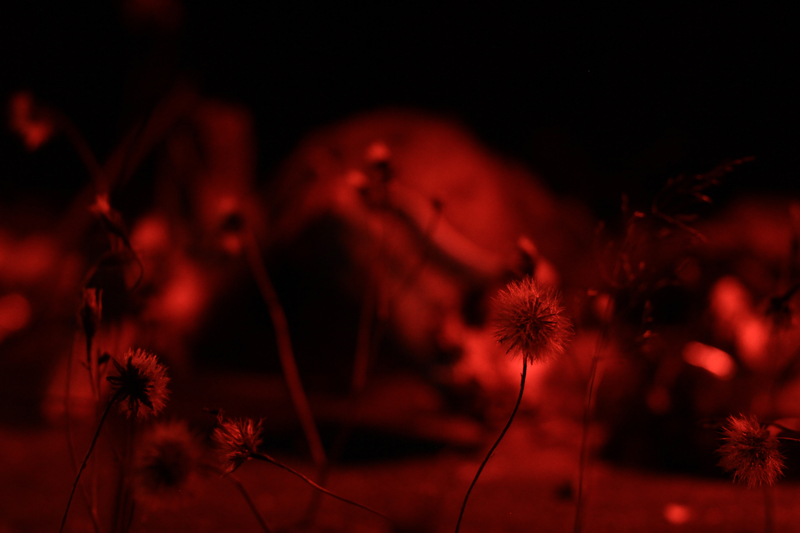 Cartoons and live pictures of plant-remnants, dust and garbage. Also, hybrid things which become grounded in an idea about measuring devices and vehicles as well as shelters or holes that are formed in damaged landscape. The sand is everywhere, visible or invisible: in the concrete walls, the optical equipment, telephone and in the landfill. The movements of the flowers in the cartoons flicker in the acceleration. In-between pictures; nothing. Emptiness or absence, mental.

In live videos plant-remnants appear in an arrangement that moves at a different speed in a mechanical circulation of light and shadow where everything passes, faster and faster and becomes vague.

Fleeting expressions in a fading time and space. A fusion of nothing and reality. Sculptures as a part of an installation expose a standstill / status quo.