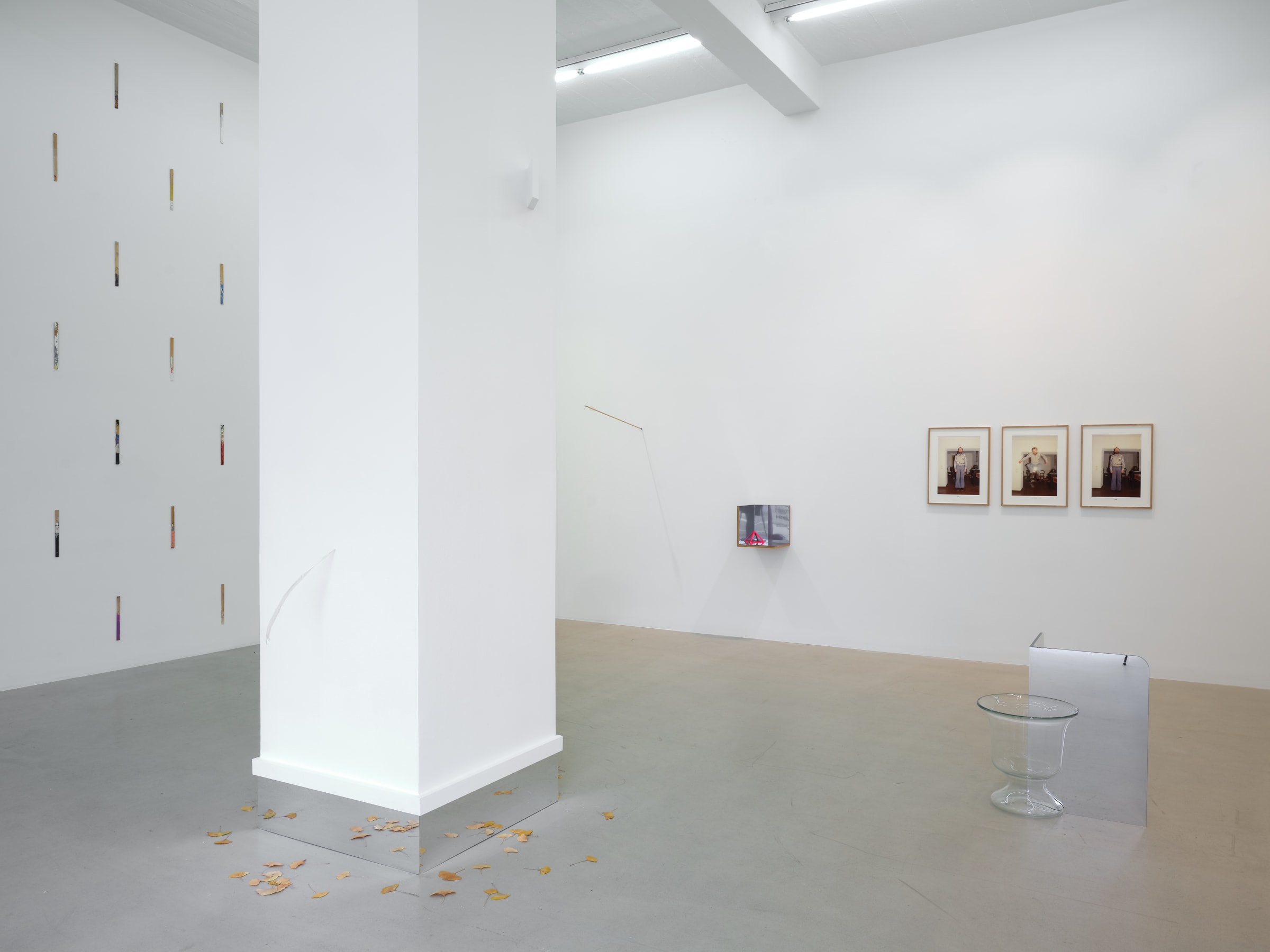 Using everyday materials as a basis, Friðfinnsson continually explores elements of time, environment, narration, memory, and perception. Friðfinnsson’s practice is characterized by a poignant and recursive nature that creates a framework throughout his oeuvre. Referred to by curator and art historian Hans Ulrich Obrist as “emotional conceptualism,” Friðfinnsson’s approach to artmaking is often reductive, and rooted in gestures and materials that reflect the artist’s experience within the world. Friðfinnsson incorporates elements that have an inherent fragility, such as glass, leaves, feathers, and mirrors, which underscores the poetic, ephemeral nature of his practice.

Friðfinnsson’s exhibition at i8 brings together examples from nearly fifty years of work. The artist’s commitment to ongoing projects and his proclivity for revisiting earlier subjects creates a continuity within his artworks, despite a variance in mediums. Several sculptures in this exhibition exemplify this approach, with the artist expanding upon his original ideas as time passes.

Friðfinnsson’s major installation, Suspended (1991-present), consists of a series of paint stirring sticks mounted to a wall. For years, Friðfinnsson has collected the stirs from a small family business in Amsterdam that manufactures paint, translating their purely practical intention into a new visual form. By exploring the aesthetic value of these tools, Friðfinnsson places importance on the transformative process from utilitarian to artistic.

Several works in the show demonstrate Friðfinnsson’s longstanding homage to the powers of light and reflectivity. To Light Shadow and Dust (3 in corner), 2022 is a new iteration of a project the artist began in 1994 using gold-leafed glass shelves to transform corners and create sculptural properties using light. Untitled, 2022 is additionally a new sculpture from an iconic, long-running exploration of mirroring, multiplicity, perception, and the limits of the physical form.

For Atelier Sketches, a series Friðfinnsson began around 1990, the artist traps cobwebs from his studio between two glass plates. The artist noticed that, despite his absence, his atelier, housed in an old school building, remained active as spiders were busy spinning webs day and night. Memorializing the spiders’ creations became a regular part of Friðfinnsson’s artmaking process.