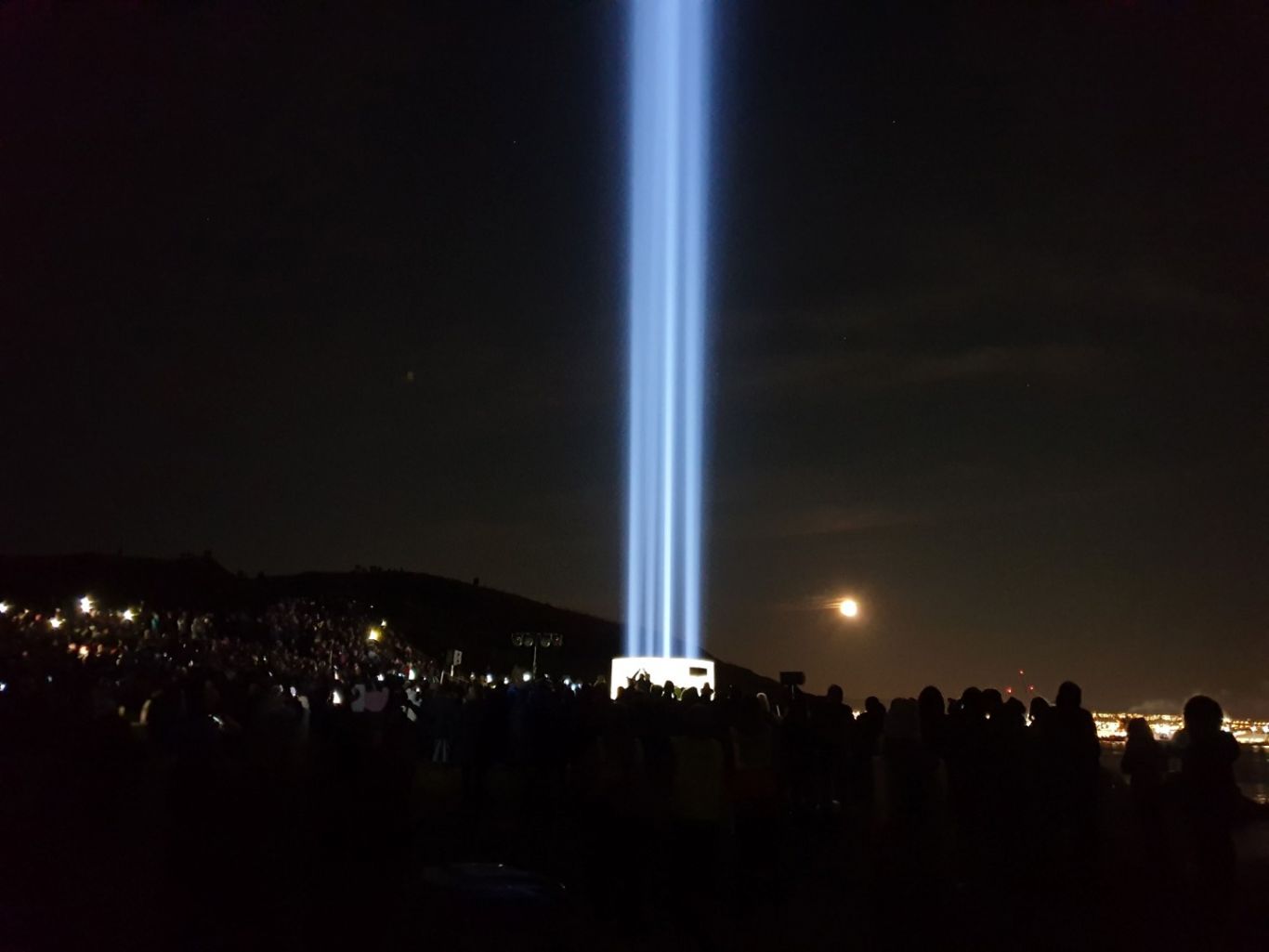 Imagine Peace Tower a memorial to John Lennon from his widow, Yoko Ono, located on Viðey Island in Kollafjörður Bay near Reykjavík, Iceland. It consists of a tall tower of light, projected from a white stone monument that has the words “Imagine Peace” carved into it in 24 languages. These words, and the name of the tower, are a reference to Lennon’s peace anthem “Imagine”.

The artwork was dedicated to John by Yoko at its unveiling on October 9th 2007, John Lennon’s 67th birthday.

Every year the Imagine Peace Tower lig­hts up the even­ing sky in Reykjavík from October 9th (Lennon’s day of birth) through December 8th (Lennon’s dem­ise).

In addition the Imagine Peace Tower emer­ges from win­ter solstice to the New Year, for one week dur­ing spring equinox and few other selected dates.