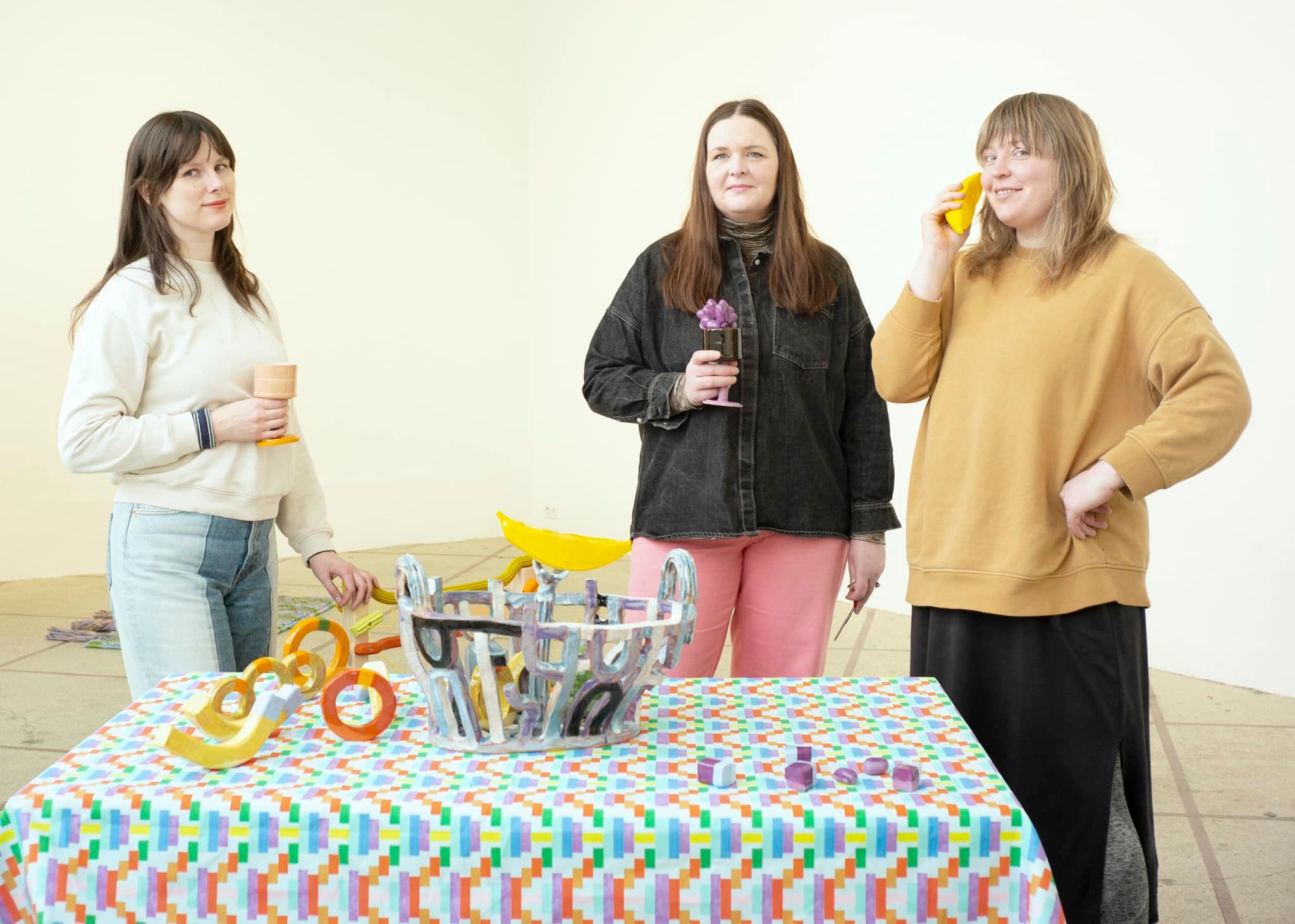 The exhibition takes the shape of a home. The authors delineate personal quarters, external bounds and internal spaces, but expose only limited areas. The authors’ works come together in these scenes and form an unusual material language in familiar settings.
In the works of Hanna Dís, Guðlaug and Steinunn there are common themes. They all work in the intersection of art and design but in this project they meet on the borders of these worlds and present an exhibition which belongs to neither but instead intently defies such definitions.

Guðlaug Mía Eyþórsdóttir (b.1988) completed a BA degree from the Fine Art Department of Iceland University of the Arts in 2012 and later studied at the MA program in Fine Art at the Koninklijke Academie in Gent, Belgium, from which she graduated in 2018. In her practice Guðlaug concerns herself with the sculptural aspects of our surroundings, observes the forms, textures and acts they consist of and explores whether daily activities can be materialized. Guðlaug has initiated a broad range of projects within the arts and has worn many hats as a publisher, curator and researcher. Between 2012-19 she initiated, along with fellow artists, the exhibition venues Kunschlager in Reykjavík and ABD Klubhuis in Antwerp, Belgium and is now a board member of The Living Art Museum. Guðlaug has exhibited widely both in Iceland and abroad and was nominated for the encouragement award of the Icelandic Art Price in 2020.

Steinunn Önnudóttir (b.1984) lives and works in Reykjavík, Iceland. She completed her BA in Graphic design at the Gerrit Rietveld Academie, Amsterdam, in 2009 and her BA in Audiovisual at the same academy in 2011. Steinunn has exhibited in group shows in Iceland and abroad, most notably Feigðarós at Kling&Bang in 2021, Non Plus Ultra (solo) at Reykjavík Art Museum in 2019, Skúlptúr Skúlptúr at Kópavogur Art Museum in 2018, and Gone with the wind, by the Reykjavík Sculptors’ Association in 2018. Since 2014 Steinunn has been running the Harbinger Project Space and she is part of the publishing duo In volumes, which publishes artist books and monographs.

Steinunn works mostly in the mediums of painting and sculpture, which in her practice tend to blend together. She experiments with the dimensions of painting, letting it escape the flatness of its two-dimensionality and become a part of the surrounding environment. Thereby her paintings evoke a physical experience as they can be circled or even traversed. Through her work Steinunn creates connotations of staging versus reality, and works with subjects such as deconstruction, illusion, origin and imitation.