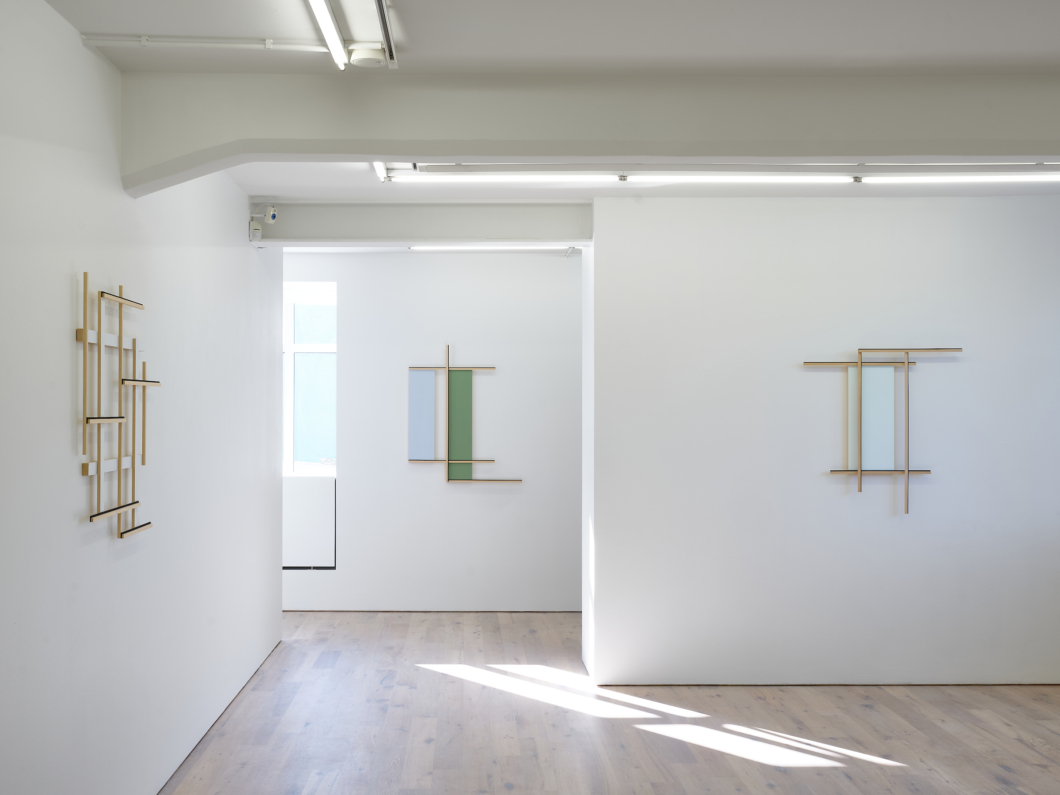 Jeanine Cohen is a Belgian artist who researches colour and form. With her three-dimensional wall works, reliefs, she explores the effects of colours and shapes on our spatial experiences. The space she is occupied with in her art is more specifically the inner space of the work itself, an interplay of layers of wood and colours that create shadow-spaces within spaces, within spaces.

Cohen’s works are independent units but their installing in the exhibition space creates a dialogue between them. They are sophisticated, disciplined and the forms are stark and strong. Their scope of colour palette ranges from untreated wood to the principal colours and even neon. The colours are reflected by the white walls and within the work itself an inner world is formed where light and shadows create their own shapes.

We are reminded of the magnificent ability of the eye to transform rays of light into a meaningful perception of our environment. The works thus have an impact beyond the exhibition space and guide us in how we can further sharpen our visual perception of the wonders of the environment around us.

In the works of the exhibition, all of which are among her most recent ones, Cohen uses untreated wood as a basis for geometric structures that can be seen as references to painting, a kind of fragmentation or deconstruction of traditional painting where the frame material is disassembled and painted on instead of a canvas. The painting thus does not show a picture, the frame material forms an architectural, minimalist space where colour surfaces meet and merge in light and shadow.

The space within the work is thus both obvious and mysterious.

Throughout her career of over forty years, Jeanine has engaged in such spatial explorations using the basic elements of the painting in the absence of recognizable imagery. There are sharp lines, clear shapes and colour combinations that often range outside of those we are familiar with from painting history. Her works are of various dimensions, often quite large, in direct conversation with the architecture they are installed in, and with the human body. In this exhibition, however, she presents smaller works, which one might see as bust-size if they were portraits.