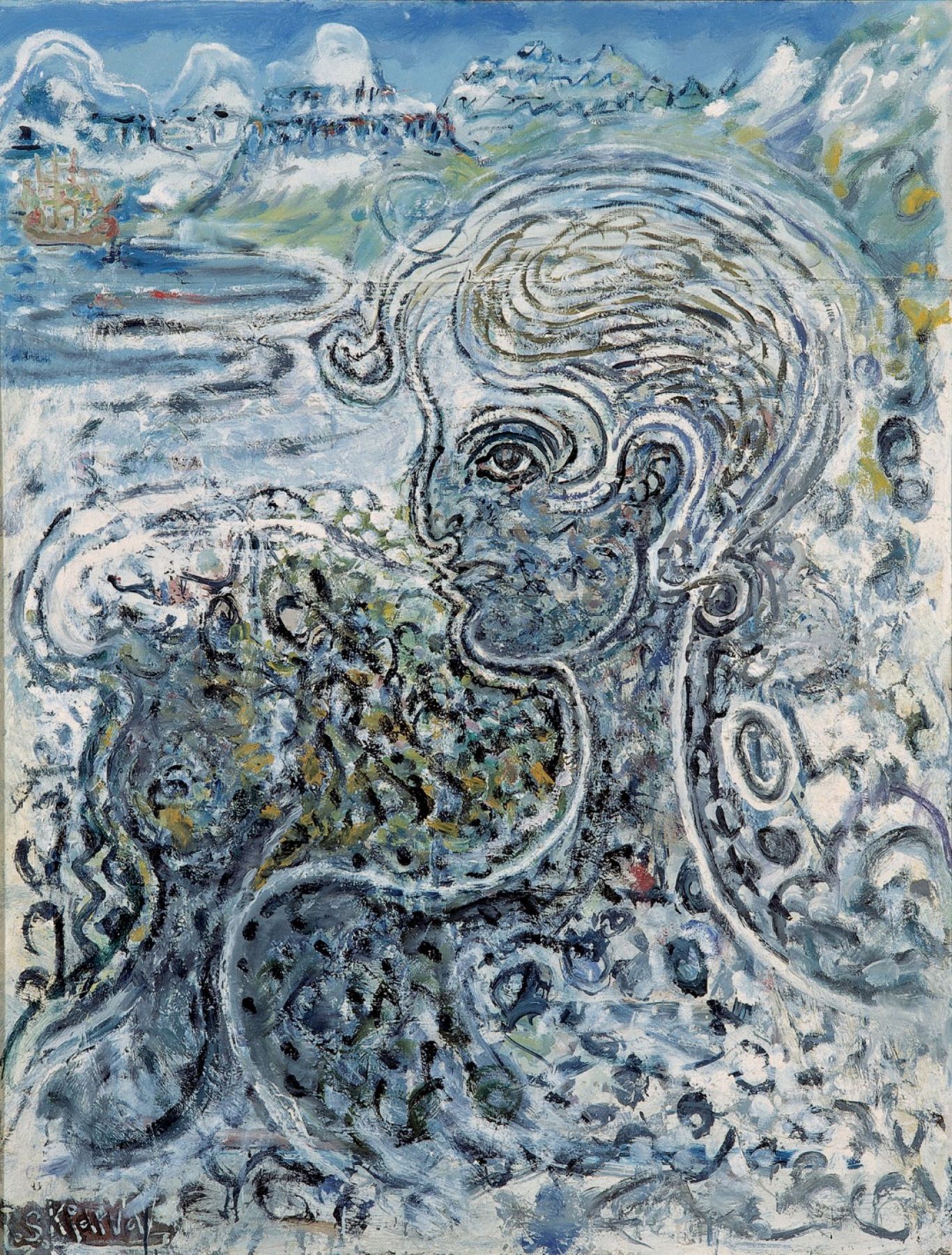 Jóhannes Sveinsson Kjarval (1885-1972) is one of the nation’s most beloved artists and his diverse oeuvre has numerous paintings of Icelandic nature, fantastic creatures and the Icelandic people.

Kjarval was born in the south coast of Iceland, at the farm Efri-Ey in the Meðalland district, but was raised by relatives on the east coast at Geitavík in Borgarfjörður Eystri. In his early twenties he assumed the royal Irish name Kjarval and used it to his dying day. He set off for Reykjavik in 1902. Only two years prior, Iceland’s first exhibition of paintings had been mounted by painter Þórarinn B. Þorláksson. In Reykjavík, Kjarval took drawing and painting courses with Þorláksson and also with the painter Ásgrímur Jónsson, but his mind was set on going abroad for further studies in art. In 1911 he traveled first to London and then to Denmark, where he began his formal study of art. Kjarval graduated from the Royal Danish Academy of Fine Arts in Copenhagen in 1917 and in 1922 moved back to Iceland.

Kjarval left behind a large oeuvre that is by any account one of the more significant pieces of the Icelandic nation’s cultural heritage. He bequeathed a portion of his artworks and his personal effects to the city of Reykjavik in 1968. Works from his bequest were first displayed at the opening of Kjarvalsstaðir in 1973. Since then, the museum’s collection has steadily and substantially increased, both through museum purchases and a host of priceless individual donations.

The works in the exhibition are all from the Reykjavík Art Museum’s collection.