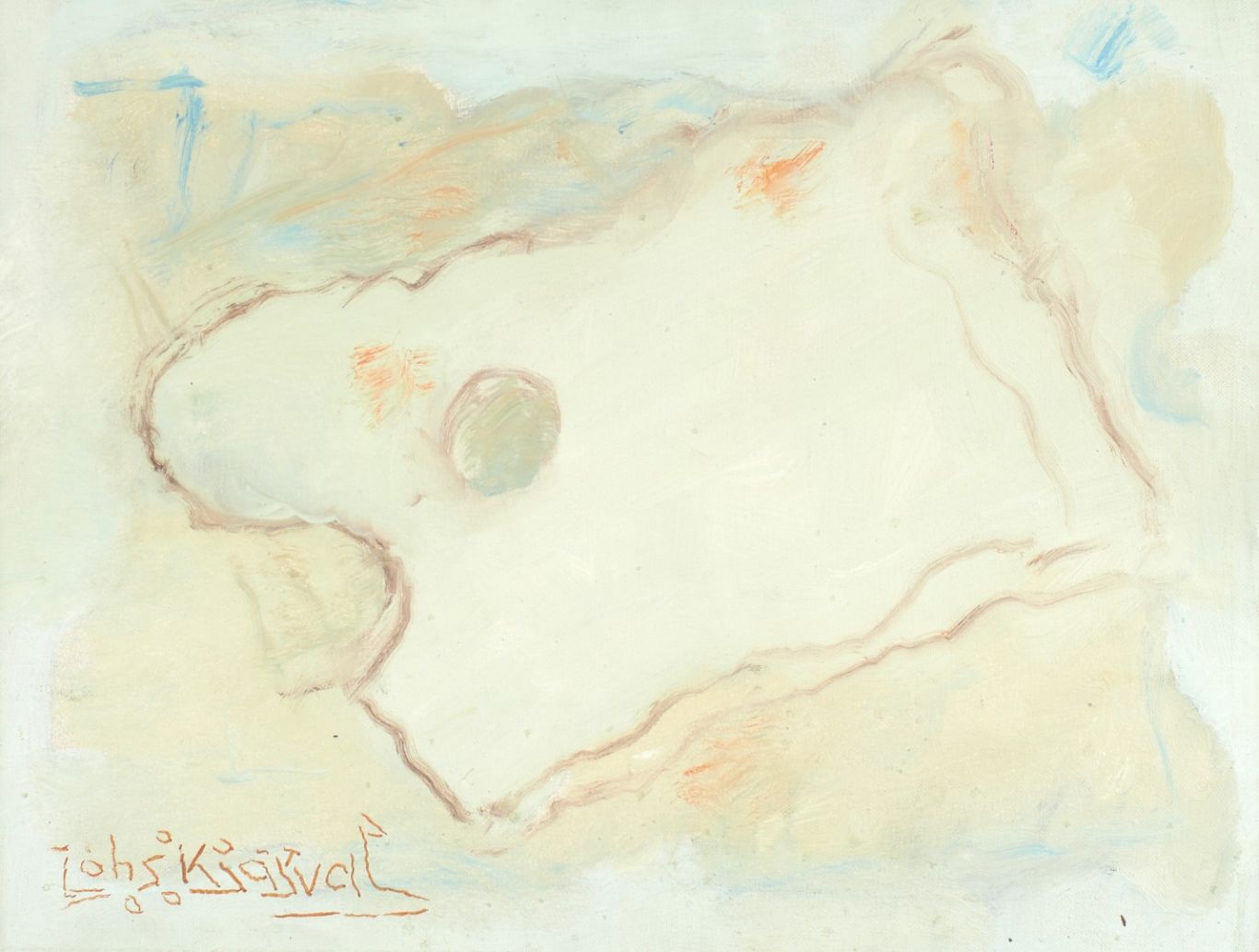 The exhibition seeks to cast a light on colour in the works of Jóhannes Kjarval (1885-1972) and explore his use of colour. He used diverse colours in his work – weather and light determined his choice of colour in his landscapes, and in fantasies and other works the artist’s personal feeling and vision was in charge. Sharp colours, purple, pink and gold are among those you find in many of Kjarval’s works. He either laid the paint on really thin or squeezed thick paint directly from the tube onto the canvas. In this exhibition, the works are selected to reflect Kjarval’s liberal use of colour and the flow of ideas and expression in his art.

When Kjarval was growing up and experimenting, he used calf blood, soot, ink and wool dye when he couldn’t get his hands on other things or paint. During his study years, first in Reykjavík and later in Denmark, and as he travelled and saw more of international art, his use of colour changed and developed.

In an article that Hörður Ágústsson wrote in Þjóðviljinn newspaper in 1954, he discusses Kjarval’s colours and says he was a natural “colourist”. “He entices the subtle nuances of the ribbon of colour, connecting them to the rough landscape, the delicately grey moss, blue-black lava, eroded brown earth. At the same time, his colour is tied to an ageless myth, the life of the country and the people.” (Þjóðviljinn, 10 October 1954)

The exhibition bears the title In Icelandic Colours and is dedicated to artist Birgir Andrésson (1955-2007) who in his career created numerous works in colours that he defined as Icelandic and tagged them with a colour code and the word “Icelandic” in front. The colours defined by Birgir were those he thought common in the nation’s visual heritage.

This is an exploration of Kjarval’s works based on the Icelandic colours but the works are diverse, displaying the artist’s expression and the richness he imbued his artworks with. Kjarval examined the colours and hues in Icelandic nature and thought of nature itself as a palette. In November 1950, an article by him appeared in Líf og list magazine, entitled “The Icelandic Palette”. The article is an encouragement to Icelandic artists to work together developing and cataloguing “the Icelandic palette” and the colourfulness of Icelandic nature.

During the 1960s, Kjarval started using palettes as subjects and often displayed them in nature, interwoven with lava and moss, thus emphasising the unbreakable bonds between colours and nature. Up until this time, he had painted various landscapes that he named “Palette”. Kjarval’s last work, which stood on the easel in his studio when he was hospitalised in 1968, was of an empty palette. He didn’t paint anything after that.

Kjarval is one of the nation’s most beloved artists and his diverse oeuvre has numerous paintings of Icelandic nature, fantastic creatures and the Icelandic people. In 1968, he donated a large part of his artworks and personal items to the city of Reykjavík and his work has been displayed in various fashion since the opening of Kjarvalsstaðir in 1973. The works in the exhibition belong to the Reykjavík Art Museum’s collection.