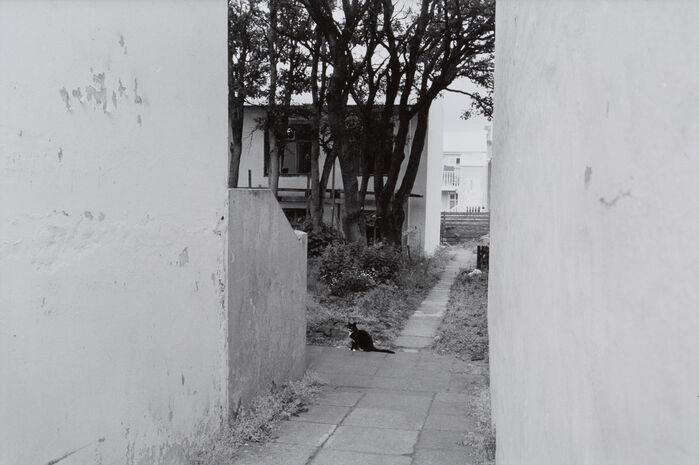 Back yards, sheds, clothes-lines, and now and then a cat. Photographer Kristján Magnússon trains his lens exclusively on a narrow, enclosed swath of the urban environment: the back-lots of residential areas in the older parts of Reykjavik. He captures images of almost-deserted spaces that seem well thought-out despite the cluttered surroundings. This photo series strongly conveys the stylistic traits of this veteran ad photographer.

Kristján Magnússon (1931-2003) studied photography with Pétur Thomsen around 1960. In the same period he took pictures for the magazine Vikan and the newspaper Tíminn. In 1967 Kristján struck out on his own, opened a photography studio, and over the years shot many photos for ad agencies. Ingimundur, Kristján’s twin brother, later joined the business, and the two men worked together from 1978 to 1998.

The National Museum Collection of Photographs and Prints received Kristján’s collected works in 2004. Among them was the series Back Yards. Kristján himself had selected, processed, and prepared the photographs for exhibition but they are now on view to the public for the first time.