Linus Lohmann: “…something that was, & isn´t” 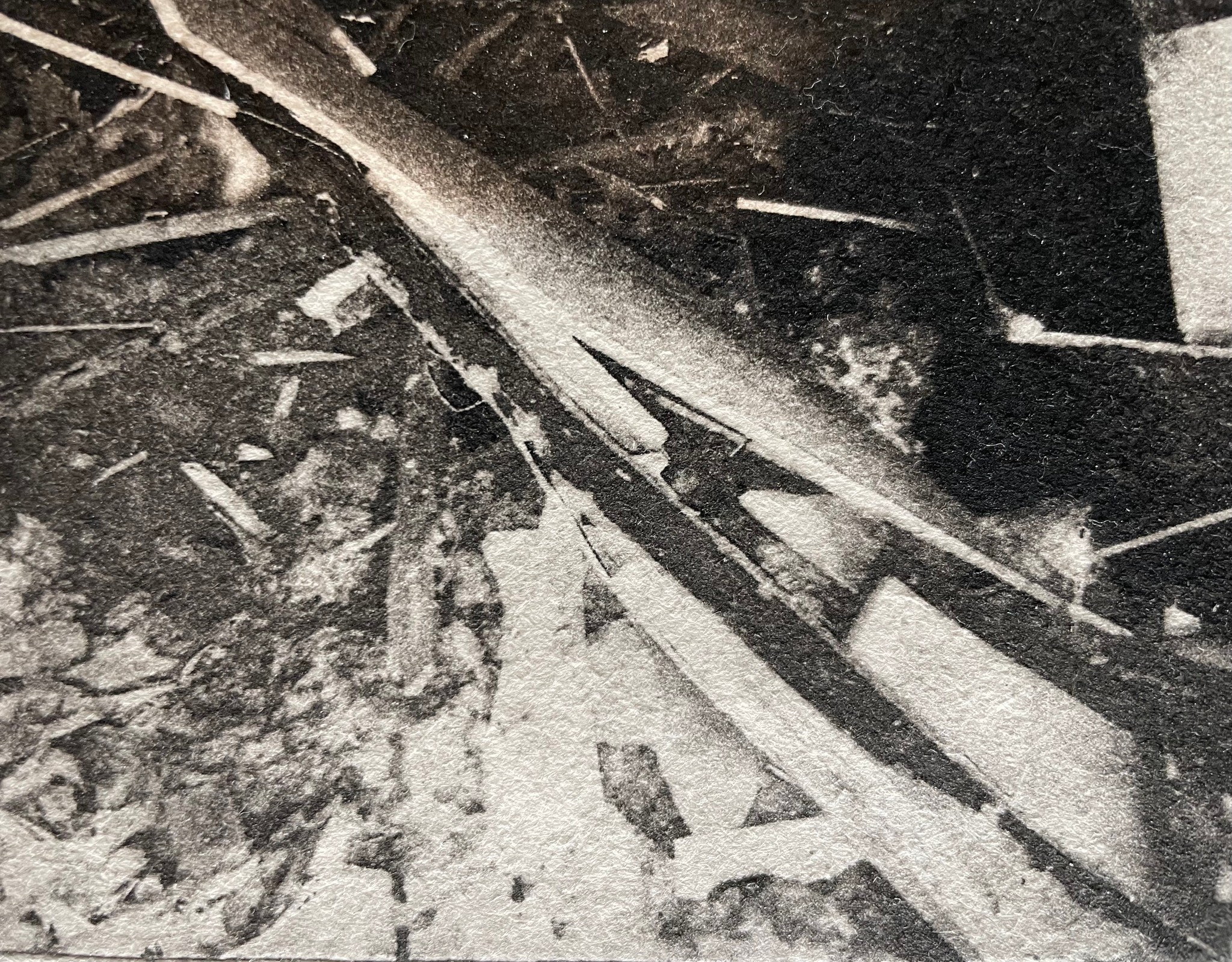 The exhibition “…something that was, & isn’t” contains two four colour intaglio photopolymer prints adjacent to a sculpture.

The works derive from impressions and memories of several buildings housing the Technical Museum of East Iceland, decimated by the landslides in Seyðisfjörður in December 2020.

While the destroyed buildings of the museum contained many objects documenting the technological history of the area, it also hosted an active wood workshop in the old shipyard and a print shop in the former machine hall. Both places formed the centre of Lohmanns’ practice as sources of inspiration and workshop practice.

The photos taken during the clean-up of the devastated area depict the aftermath and remnants of two rooms in the museum. The kaffistofa (cafeteria) and skrifstofa (office).

These rooms were always experienced as some kind of a time capsule, a familiar and timeless space.

The pictures show the places in their physically manipulated state. Distorted by natural forces, powered by mud and water.

For Lohmann, the images form a thicket of illogical memory, their now distorted mosaic parts stir recollection, prompting an attempt to reconstruct the former spaces.

The photos are reproduced using a multicolored photopolymer etching process.

The printworks are framed, using a rather unusual material, POM plastic, commonly used in the fish industry.

The sculpture accompanying the printworks resembles the occurring deformation of buildings. We witness folded and morphed shafts of raw timber, missing any sense of their previous purpose, eliciting new apparitions. Lohmann uses the same steam bending technique used to build wooden ships to compose the sculpture, a nod to the former shipyard destroyed by the landslide.

The completed cleanup of the area leaves hardly any trace of the former site. The time spent within it is preserved only through memory.

Linus Lohmann (b.1982) is a visual artist who works in drawing, print making and sculpture.

His works focus on connections between intention and substances, utilizing various techniques to develop processes for image-making. Throughout his practice, he explores the perception of materials, legacy of objects and space by orchestrating re-manifestations of material particles through drawing and experimental printmaking techniques.

Sculptural elements research processes from technology and traditional handcraft. His interest in the intersection between the hand and the device, incorporating process in the creation of works.

Linus lives and works between Reykjavík and Seyðisfjörður, Iceland.