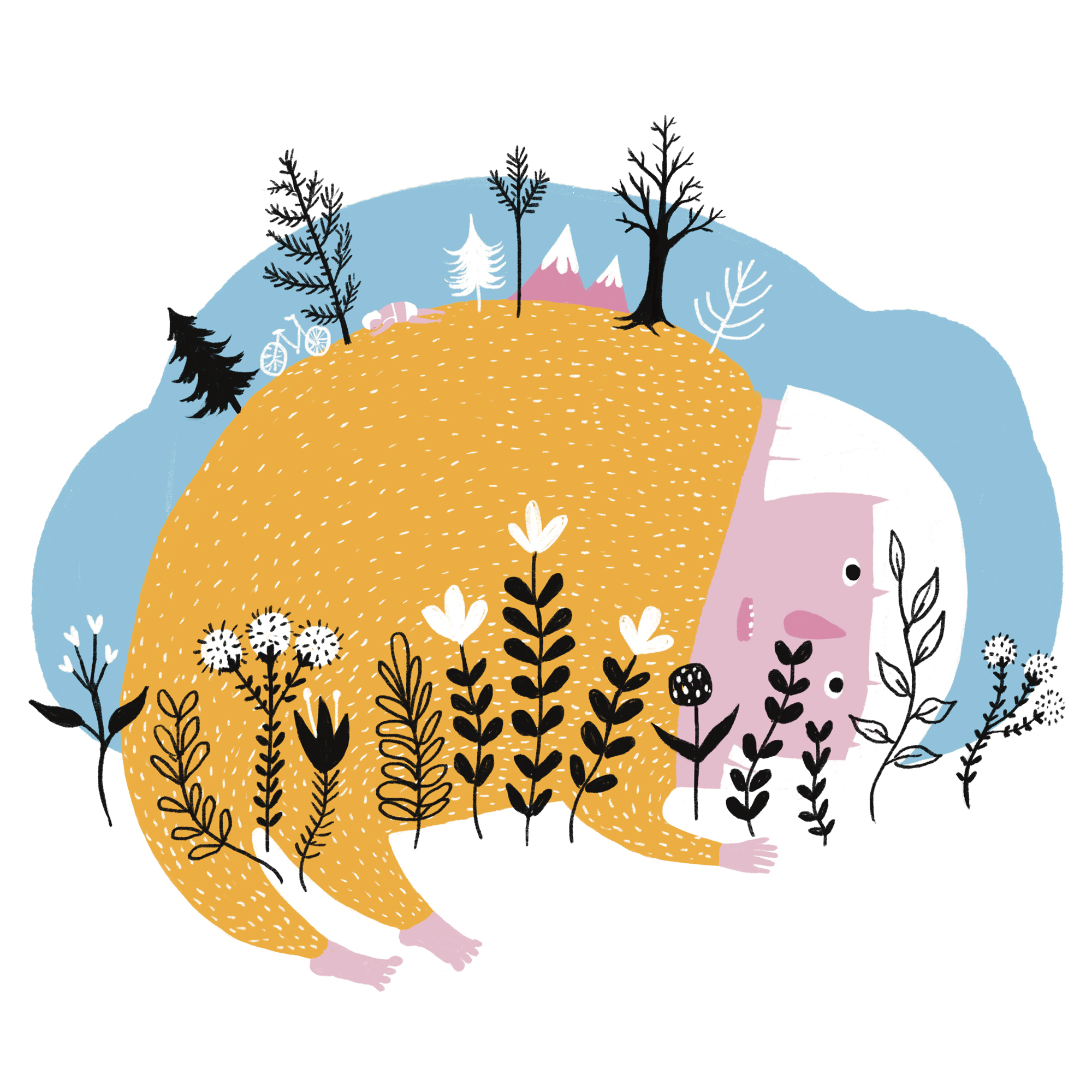 In Powersuit, the artist and musician Lóa H. Hjálmtýsdóttir seeks to answer the question: How can humans be magnificent creations and delusional people at the same time? The powersuit is the feminine version of the classic men’s suit and is presented as a symbol of the wearers’ belief that they are in control of reality. Depictions of women engaged in imaginary scenes of contemporary life are presented like a feminist fairytale set in the forest of our subconscious. The scenes are narrative; however, they also exist outside of time and space, fitting together like a puzzle.

The women seem to be part of a larger epic tale about this era on earth. While the portraits depict the mundane routine of daily life and its seeming meaninglessness, the characters are, nevertheless, always in a state of striving; striving to maintain a certain ease, striving to get further in society, striving to do more… but no one knows where or why. Through paintings, comics, sculptures, and books, this everyday drama is narrated with humor and panache.

The powersuit did have real historical precedence in women’s movements, albeit with more variations than the caricature of the 1980s executive woman with shoulder pads. Beginning with the adaptation of the riding jacket in the early 19th century to helping Suffragettes get their point across, it gradually became practical wear for working women (and rioting women.) Imagine, up until 1993 female senators in the US fought to overturn the ban on women wearing pants on the senate floor.

As a comic book artist, Lóa’s narratives of emotional states and inner monologues resonate with a directness that is very unique to the comic form. While we are used to reading text and reading images, the process of reading them both simultaneously becomes not only about acquiring knowledge, but also an inevitable process of memory. What information do we take with us? What narratives do we take away and what information do we pass along? What role does the book play as an interlocutor of information between people and ideas, the public and private, the mundane and the epic?

During the exhibition, the artist will exhibit a collection of hand-made books in the hallway, expanding upon the initial exhibition during this period.

Lóa H. Hjálmtýsdóttir (1979, Reykjavik) is an artist, illustrator, comic and children’s book author and a singer. She studied Fine Art and Creative Writing at the Icelandic Academy of the Arts and University of Iceland and Illustration at Parson’s New School for Design in NYC. Her first comic book was published in 2009 and her children’s book debut Grísafjörður was nominated for the 2021 Nordic Council’s Children and Young People’s Literary Prize. Since 2005 her band FM Belfast has been making music and touring internationally.

Erin Honeycutt (1989) is a writer, bookseller, and curator based in Berlin. She studied Art History (MA, University of Iceland) and Religion (MA, University of Amsterdam). She writes poetry, exhibition reviews, and a variety of texts in collaboration with artists.
buy aceon generic https://andnewbloonline.com/aceon.html over the counter

She was nominated for the Broken Dimanche Press art writing prize and has been published in SAND Journal, BARAKUNAN, and Neptún Magazin among others.