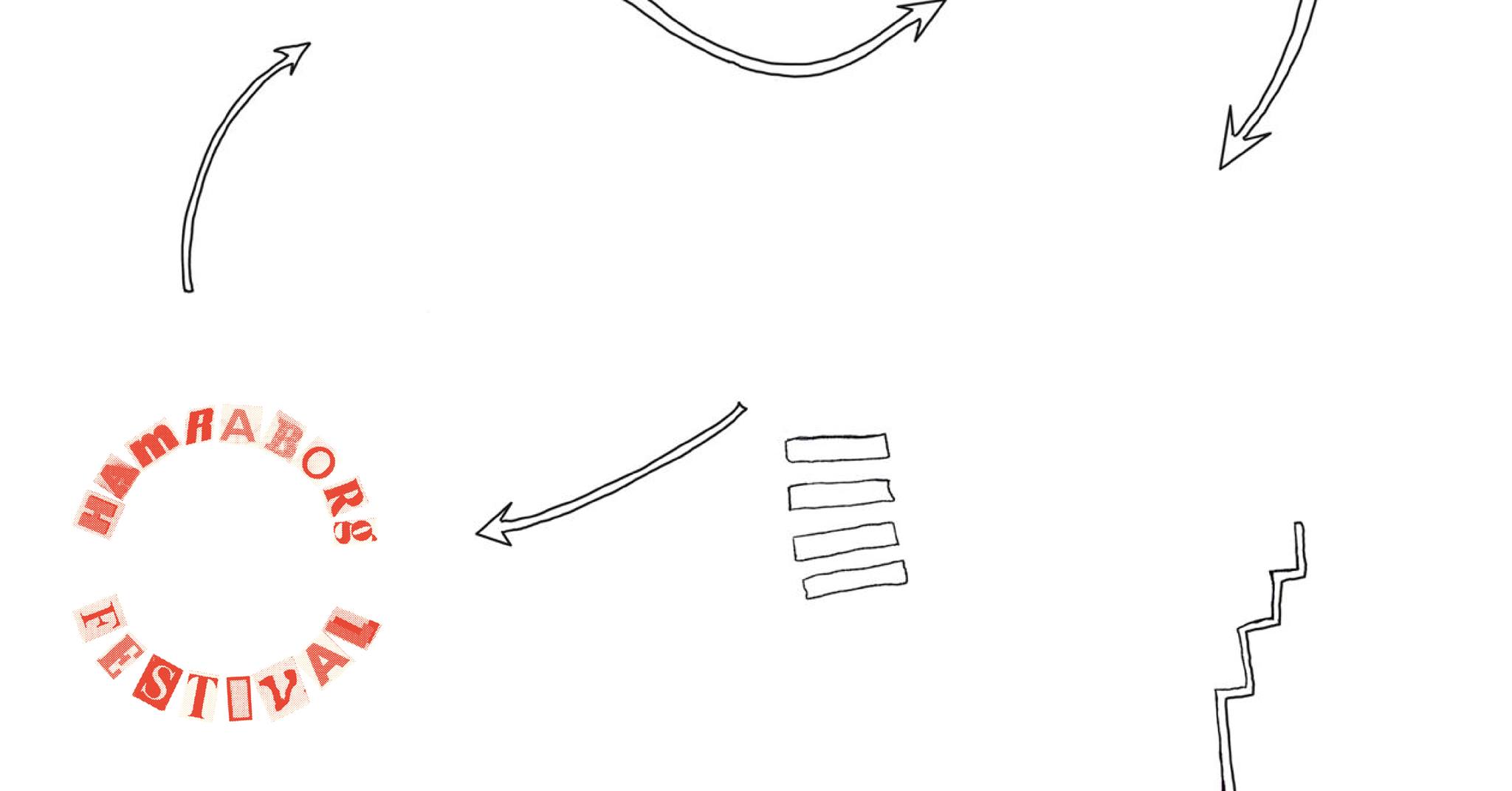 A dog runs through Hamraborg and catches the scent of objects that seem to be just as out of place as he is. A map forms, an analysis of a place that is constantly changing. At the entrance of Midpunkt is a flag that maps out lost objects that were found around Hamraborg. Visitors are invited to retrace the objects that might have been found or lost once again.

Agnes Ársæls (f. 1996), Anna Andrea Winther (f. 1993) and Svanhildur Halla Haraldsdóttir (f. 1992) started their collaboration in 2018, when they graduated with a BA in Fine Art from Iceland University of Art. In their work the subject of public space through use of improv and play. By visually documenting the mundane they encourage viewers to take notice of their surroundings.

Agnes Ársæls works with radical care in her artistic practice that explore the relationship between people with their environment and other species. She has taken part in various group exhibitions both in Iceland and abroad. Among her latest projects is the radio segment Samlíf that aired on Rás 1 in the summer of 2021 and was made in collaboration with Sylvía Dröfn Jónsdóttir.

Agnes has taken part in the international collaborative project United 1 organized by UK Young Artists and Platform Nord, stayed at In Context residency in Slănic-Romania and curated the exhibition Go! In the Nordic House with Anna Andrea Winther. Agnes is a member of Ræktin, an artist collective that will exhibit in Sequences X in the fall of 2021.

Anna is currently studying in Glasgow School of Art MFA program and is a recipient of the Leverhulme MFA Bursary Award. She has exhibited in various group exhibitions, both in Iceland and abroad, and has held four solo exhibitions in Iceland e.g. We Don’t Know Peas (Harbinger, Reykjavik) and The Pancake Production (Outvert Artspace, Ísafjörður). Lately she has been working on a radio broadcast and visual art project “Is That Something on Top of Bread?” in collaboration with Berglind Erna Tryggvadóttir. Alongside her artistic practice, she has worked as a visual art teacher and as an organiser of art clubs in various afterschool programmes.

Svanhildur is works and lives in Reykjavik. She graduated with a BA in Art Theory in 2016. She exhibited in the group exhibition All is Fair in Kling og Bang and in the summer of 2020 she participated in Stálsmiðjan Art Festival with the work Ræflar, which was made in Collaboration with Anna Winther. Alongside her artistic practice she works as a specialist in Reykjavik Public Library where she, among other projects, installes and organizes exhibitions. Svanhildur is a part of the art collective Ræktin.