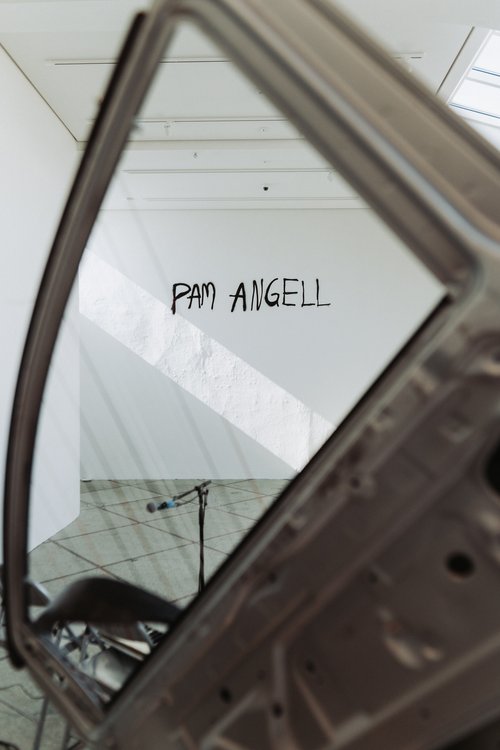 Pamela Angela Mellem himlen og haven is the last piece in the wing series where the metaphor becomes reality. An installation based on two separate entities. A sculpture and a musical performance. The sculpture is a playable instrument made out of a car door that gives the music an opportunity to be interpreted after its been paused. The music has a theatrical side to it, and it a blend of postfolk, noise og institutional music autotune til fragmentet song with heartbreak melodies.

The car door’s journey from a skrotplads in Denmark to a car graveyard in iceland, with a stopover in Ásmundarsalur.

Pamela Angela is a vibrant affair wherein the euphoric is offset by constant interruption, aggression becomes immersed in the romantic. The project is a collaboration between Mia Ghabarou and Àslaug Magnúsóttir. In their multifaceted approach to production, they draw on classical and electronic music, performance art and dramaturgy where heartbreaks meet acusmatic music. PAMELA ANGELA’s live performance is as emotionally intrusive as it is ever evolving. Recurring melodies in alternating constellations of musicians and artists. they are currently spending their time on building instruments, writing scripts and working on a new album which will be released later this year.