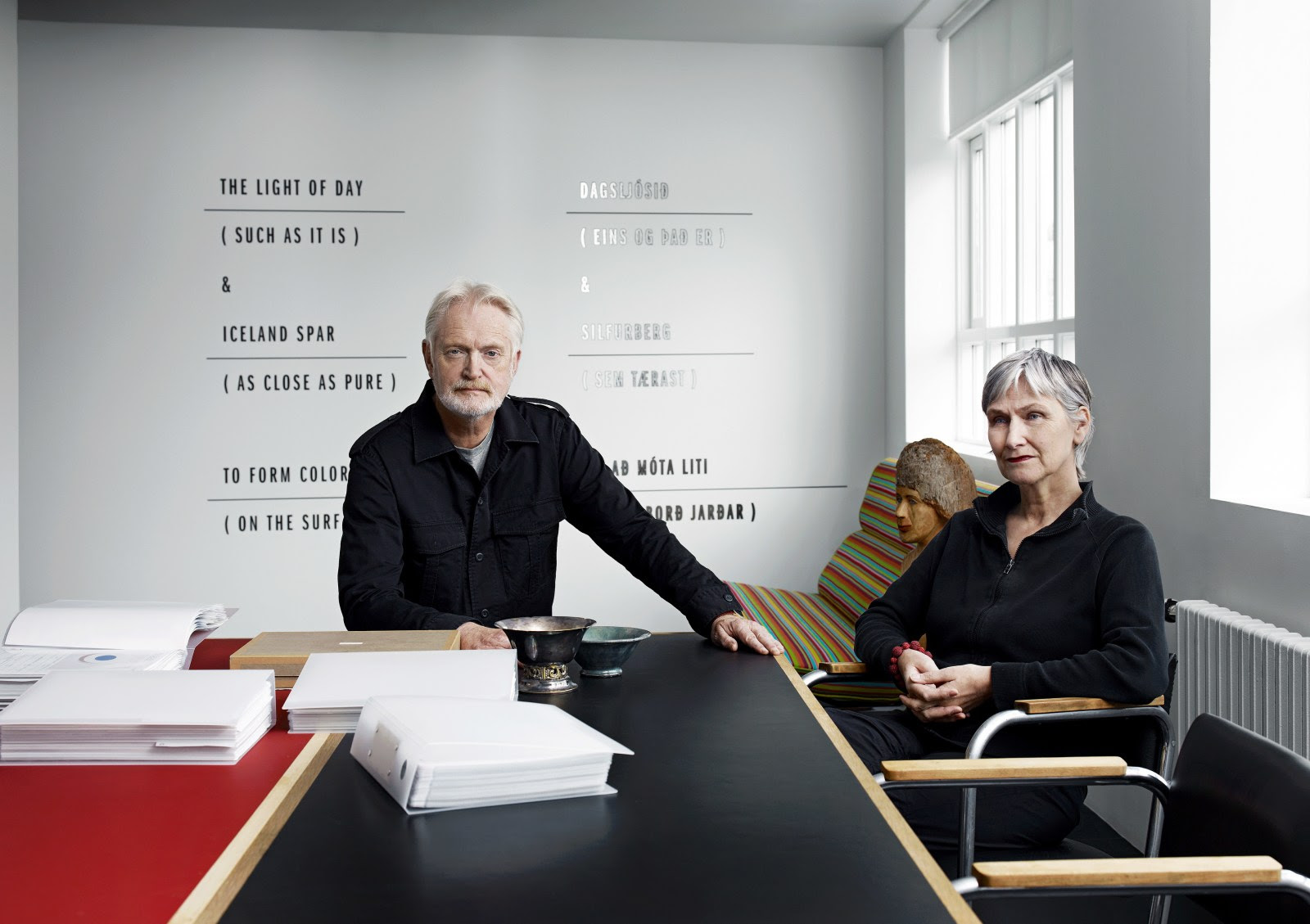 This exhibition features a selection of works from more than five decades of collecting by Pétur Arason and his wife Ragna Róbertsdóttir, an artist who has shown with i8 since 1996. Forged through the close relationships that the couple has established with artists, the collection includes sculpture, painting, photography, and works on paper, all of which find common theme in their conceptual and minimal nature. Sea Lava Circle takes its title from a floor sculpture by Richard Long that is central to the exhibition.

“We can say that the pieces we have collected offer a good representation of Western art since 1965,” Arason told me in 2000, around the opening of an extensive and memorable exhibition of works from the collection, that was held in Kópavogur Art Museum. The title of the exhibition was descriptive of their passion for collecting: Obsession. Arason highlighted 1965 as the year in which he acquired his first work of art, and others soon followed. The collection grew significantly during the 1980s, and became, in many ways, something unique within Iceland, as Arason and Róbertsdóttir equally acquired work by both Icelandic and international artists.

“This is a dialogue. We have very rarely purchased work without getting to know the artist first. We have formed a strong bond with all the artists, and that is probably the foundation of our collection,” Arason revealed. In an article about the collection, the art historian Eva Heisler wrote that its contents offer “…a testament to individual dialogue with the art of the latter half of the 20th century, particularly that which emerged in the wake of minimalism. The conversation centres around certain key questions: the expansion of the work of art in the visual space of the viewer; experiencing the artwork as a ‘place’ rather than as an object; the expansion of the artwork into the textual realm; and testing the concept of ‘medium’.”

Arason and Róbertsdóttir have often publicly exhibited works from their collection over the last four decades. Initially, during the 1980s, they featured works at a space called Krókur, which was connected to a store that Arason was then running at 37 Laugarvegur in Reykjavik. Later, from 1992-1997, Arason and Róbertsdóttir, along with the artist Ingólfur Arnarsson, ran an exhibition space in the building where they lived, which they called Second Floor. In the early 2000s, in collaboration with the City of Reykjavik, they established a space on the ground floor of the building, calling it Safn. Then, in 2014, they opened an exhibition space under the same name in Berlin, which was on view for several years.

Second Floor hosted exhibitions by around forty contemporary international artists, as well as those from Iceland, and the programming included world-renowned names in the fields of conceptual art and minimalism. Most of the artists came to Iceland with their work, often leaving behind pieces for the collection on their departure, in keeping with the inspired sense of dialogue that Arason mentioned.

The connection that these artists formed with Iceland, instigated by Arason and Róbertsdóttir, has continued and grown in collaboration with i8 Gallery. The gallery was founded in 1995 at Ingólfsstræti 8 in Reykjavik by the artist Edda Jónsdóttir, who began to represent many of the same artists whose works were exhibited and collected by the couple. These include SÚM-pioneers Kristján Guðmundsson, Sigurður Guðmundsson and Hreinn Friðfinnsson, as well as Birgir Andrésson, Róbertsdóttir herself, Roni Horn, Lawrence Weiner and Karin Sander.

In this exhibition, i8 presents a selection of work from the couple’s extensive and personal collection, featuring several of the artists that connect to i8’s programming. In his critique of the exhibition Obsession, Halldór Björn Runólfsson, former director of The National Gallery in Iceland, wrote that the daring and progressive nature of Arason and Róbertsdóttir’s approach to collecting coincided with “a true passion and a deep understanding of the very best that emerged in their time.” Now comes another opportunity to view a selection of work from this remarkable collection that will no doubt bring other collectors joy.