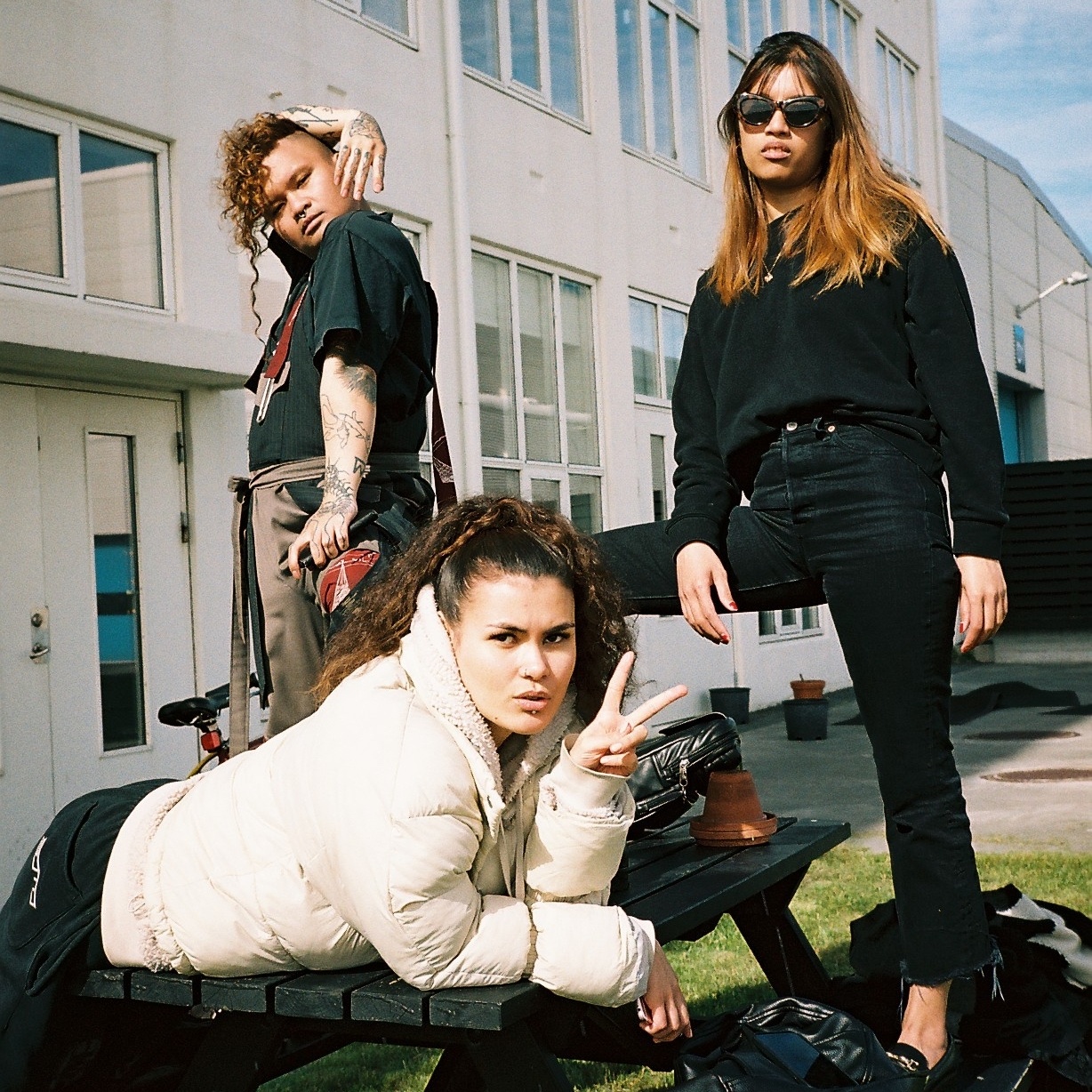 The piece PUTI is a social choreography that reflects hyperreality, racial roles and hierarchy by referencing an 8-hour workday.

Unreliable narrators at best, our voices speak of diaspora-of people experiencing constant displacement, renovation and salvaging heritage in the face of cultural loss. With an unapologetically unabashed honesty and vulnerability, the collective addresses issues, but not limited to; the Filipino immigrant experience in Iceland, displacement and racism.

Darren Mark (b. 1993) graduated with a BA degree in Fashion Design from the IUA in 2017. He moved to Iceland from the Philippines when he was only eight years old with his family. Darren has exhibited at Dutch Design Week Eindhoven, Designer’s Nest- Copenhagen Fashion Week and Design March. He mainly works with clothing, from design and artistic aspects where the deconstruction-reconstruction method is applied, sustainability is also an important part of his working methods were discarded or second hand clothes, deadstock materials are thought of and used as a resource alongside new materials for creations.

Dýrfinna Benita Basalan (b. 1992) also known under her artist name Countess Malaise, is born and raised in Iceland. She graduated with a BA in Art and Design from Gerrit Rietveld Academie in 2018 and has been an active artist in multiple disciplines and venues. Dýrfinna is also a member of The Blue Collective which is a collective of artists who work exploring  contemporary philosophical thematics in an amorphous format. In her painting and drawing, her style often found femme and fantastical and full of fantasy.

Melanie Ubaldo (b. 1992) graduated with a BA in Fine Arts from the IUA in 2016 and is currently in the MA Fine Arts program in the IUA. In Melanie’s work, image and text are inextricably linked, where deconstructionist paintings incorporate text with graffiti-like vandalism oftentimes of her own crude experiences of others preconceptions, thus exposing the power of immediate, unreflected judgment. She has taken part in various exhibitions at home and abroad. Her work has since been acquired by the Reykjavik Museum for its permanent collection.