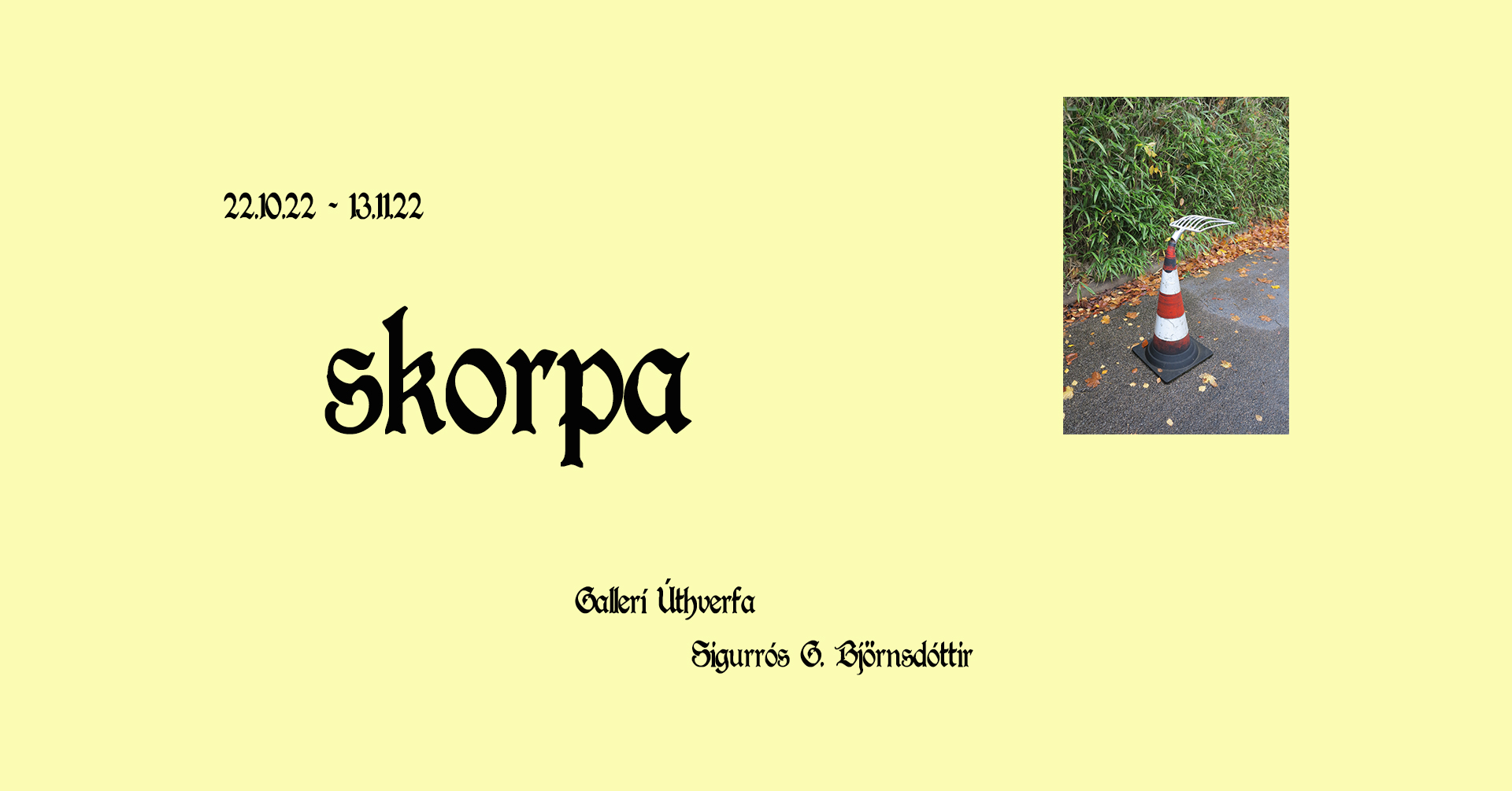 Crust on a short trip.
A rake standing in a cone was found in a parking lot. The rake became a tassel on a hat which became a cone-hat, which became a bowler hat, which then ended up being a tail-cap.
It wasn’t until much later that I heard about the tail-cap’s whereabouts when it was found on a lost camera card. After that, it was impossible not to keep it close.
Sleep tight, whose pillow is this? I dreamt for a whole week until the pillow disappeared. First, the pillow sat majestically on the pavement, the next day it was lying in a swing, another day it was hiding in a bush, and so on. The pillow traveled around the garden until it disappeared.
Inside a fenced area, outlines of a bread loaf were scattered around and a cinnamon bun lay on freshly laid bricks. It looks like someone is trying to tell me something using an alphabet made of crusts. The short trip is getting rather long. These must be clues as to where I should go.
Bio:
Sigurrós G. Björnsdóttir (b. 1991) is an Icelandic artist based in Antwerpen. She completed her master’s degree in Sculpture at the Royal Academy of Fine Arts in Antwerp in 2021 and her BA in product design from Iceland University of the Arts in 2017. In her work, she mixes her world of experience, fiction, and influences from her environment and communicates different narratives and stories with them. Sigurrós has exhibited in various exhibitions in Iceland and abroad.