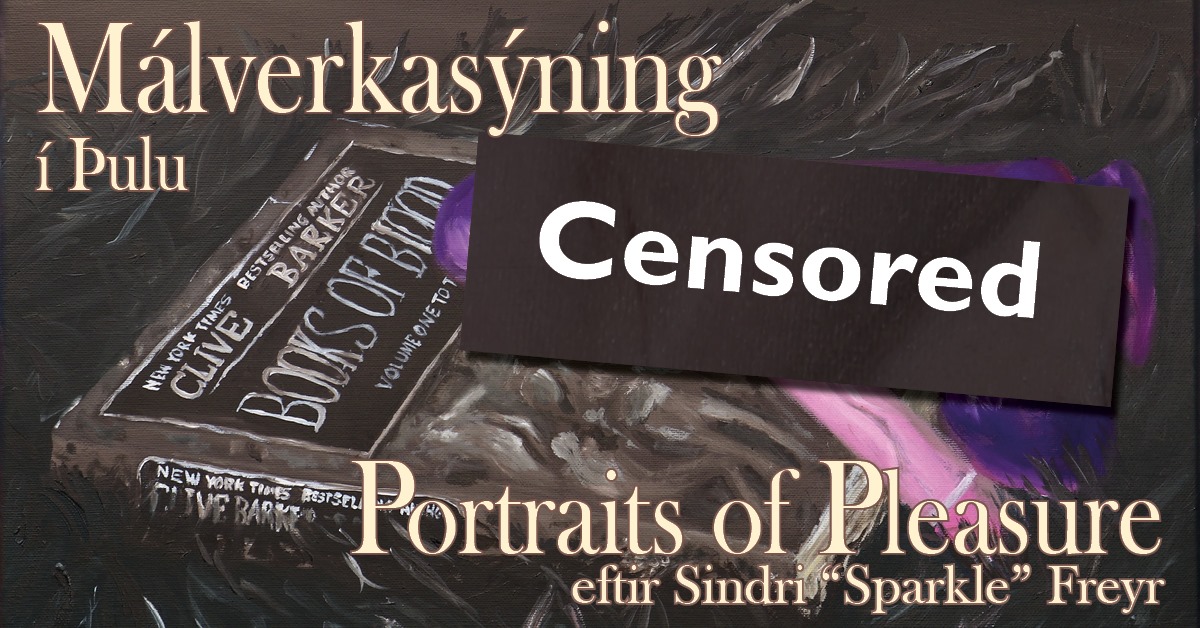 Portraits of Pleasure is a series of still life paintings where, the artist attempts to capture their friends’ sexualities in classical still lifes of each friend’s favorite toy. By painting these plastic toys and rumbling cyber machines they are hoping to open up a conversation about indulgence, what is considered proper, and the importance of enjoying life.
Sindri “Sparkle” Freyr is a Reykjavík based multidisciplinary artist. They have been actively exhibiting their art in galleries since 2015. Sparkle has had 5 solo exhibitions and taken part in 9 group shows. They have also published a poetry book, an art book, and an art/poetry book.
Sparkle wrote, directed, and starred in the movie Opening Up which won the “Punch in the face award” at the Reykjavík Fringe festival. They also starred in the “Allir Úr” ad campaign in 2020.
buy amoxicillin generic https://buynoprescriptiononlinerxx.com/amoxicillin.html over the counter