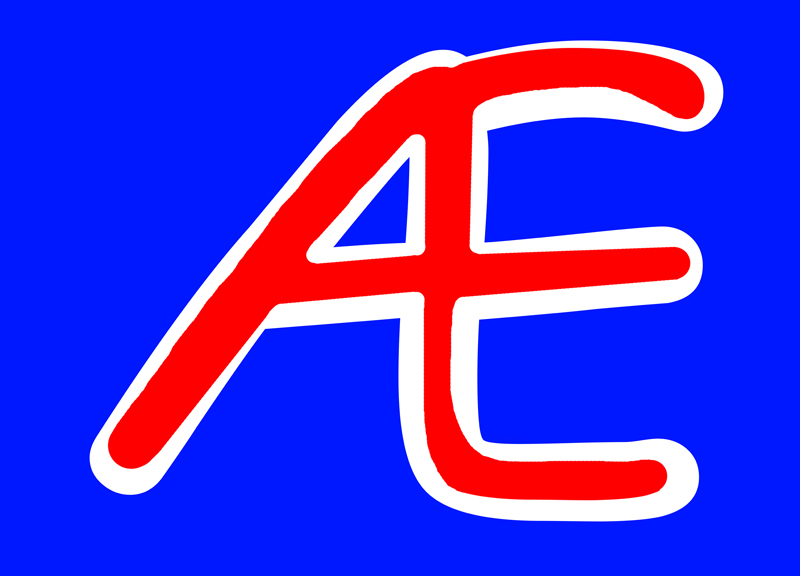 The work consists of four flags that flutter on flagpoles on the balcony of Akureyri Art Museum. The flags are the product of an experiment where three factors were joined into one: the Icelandic national flag, the font Comic Sans and the letters from the Icelandic alphabet that reprecent the sounds that people make when they feel pain: A, Á, Ó, Æ.

Steinunn Gunnlaugsdóttir (born 1983) graduated from the Visual Arts Department of Iceland University of the Arts 2008 and studied at the Ashkal Alwan cultural institution in Beirut, Lebanon 2013-2014.

With a mix of merriment and seriousness she tackles the multiple ideological and ethical systems that humans create, are born into, tolerate and fight against. By observing and deconstructing / stripping the basis of the civilized human world she creates material for her attempts to address the present.

Gunnlaugsdóttir was nominated for the Visual Art Award as the artist of the year 2018. In 2021 she recieved a prize from the Richard Serra fund for her contribution to sculpture.