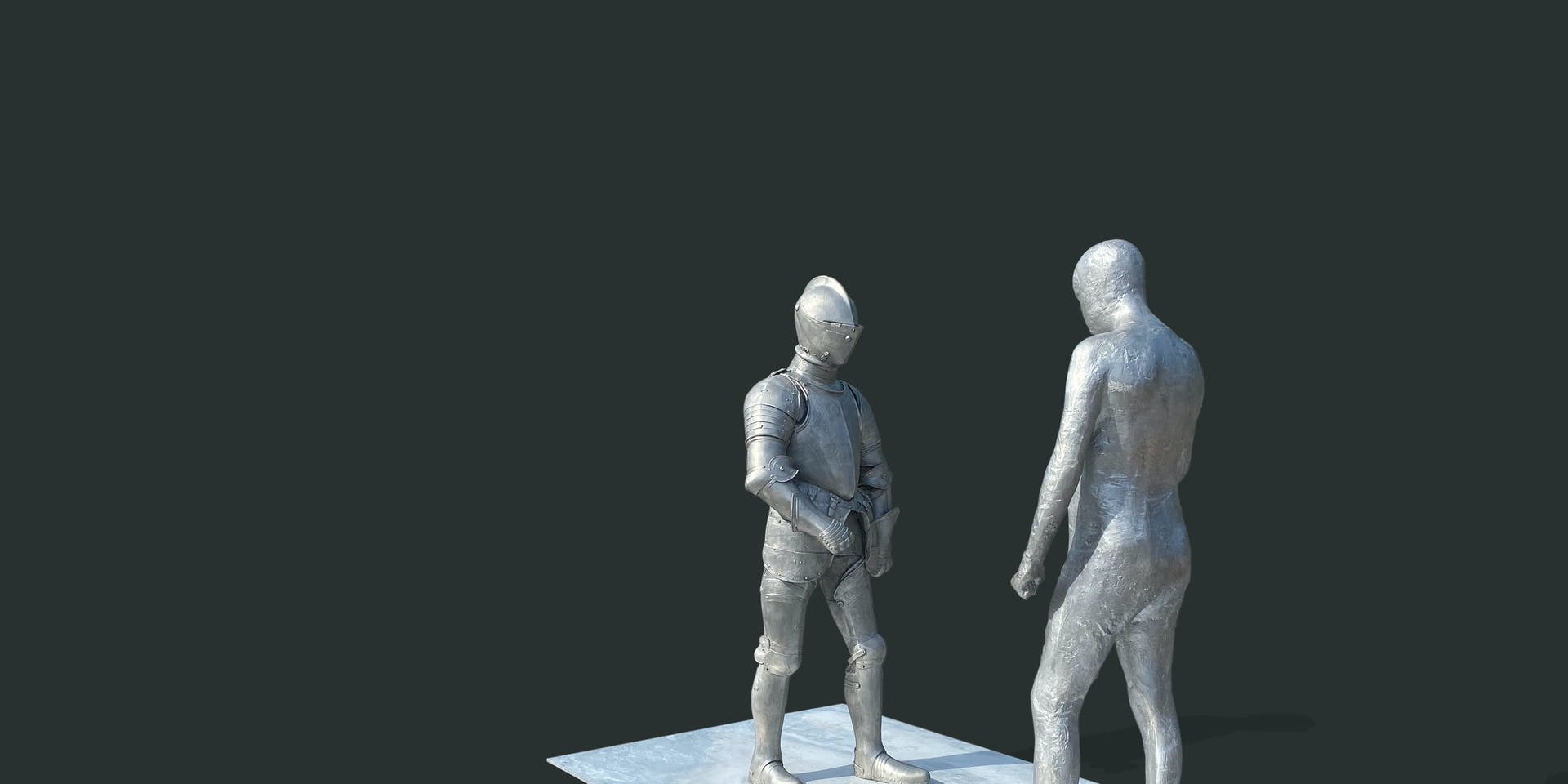 The roots of Armors, Steinunn Þórarinsdóttir‘s stunning exhibition, go back to the artist‘s time in NYC almost a decade ago. At the Metropolitan Museum, the artist became fascinated with its extensive armors collection and of armors as a symbol of power and aggression. A collaboration between the artist and the museum ensued and the figures displayed outside Hallgrímskirkja are based on three precious medieval armors from Germany, England and Italy that were 3D scanned with great precision by museum staff and turned into cast metal sculptures.

Information on the creative process behind the exhibition will be displayed in the Hallgrímskirkja foyer while the sculptures stand in the square.