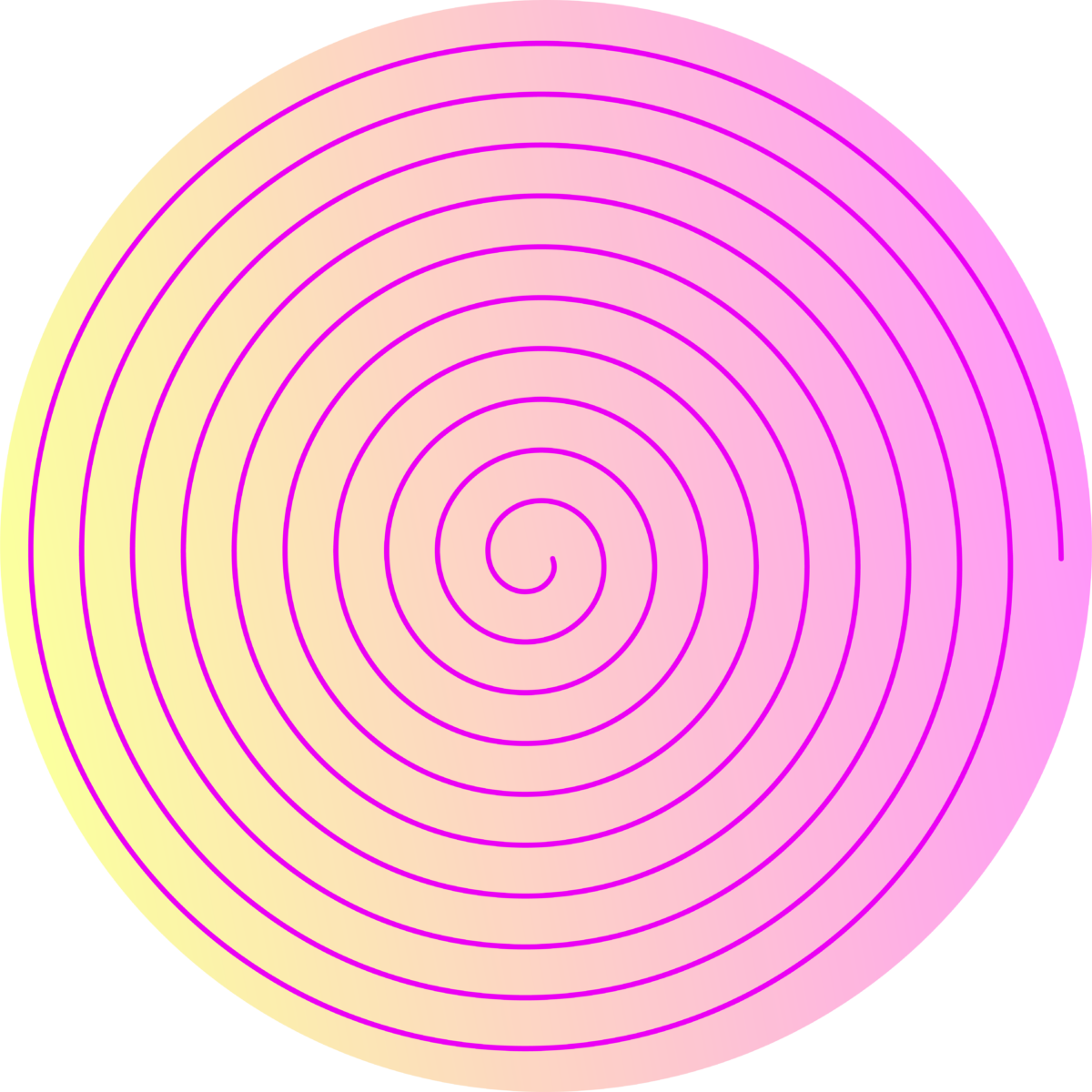 In Hringrás / Orbit, a circle of plexiglass encased in dichroic film rotates clockwise like a planetary diagram from the ceiling, casting an array of variable lighting effects on the floor of the exhibition space. A spotlight illuminates the circle, creating a play of shape and shadow in the recesses of the room. Further adding to the effect is a spiral etching within the glass that creates more variables for distortion in the rotation. This movement is traced on the floor as a kind of immersive engagement with the image. Much like her floor pieces and her wall rugs, the viewer is asked to engage with the props of the room as a prop for an image. In this case, the images are cartographies of light where light becomes a fabric with a sense of touch, evoked visually and yet at the limits of vision. Without adhering to the representation of figures, the lines and forms take on a life of their own.

Þórdís’ use of dichroic film can be seen as a kind of archaeology into the nature of the image; the first step towards using the image as a starting point to guide the viewer into other modes of perception. The way in which dichroic film is used as a sculptural object that has its own agency in casting light on the floor creates a performance of the image that forces the body into the reception of the image in a continuum of its appearance and disappearance. In this space of its disappearance, an invitation to engage in a distinctly cinematic way is brought to the viewer. This dynamic materiality brings the body into a relationship with technologies that recreate a sense of the pre-existing sensuality of existing in the world.

Þórdís Erla Zoëga (1988) is a visual artist based in Iceland. Þórdís received her BFA degree from the Audio Visual Department of The Gerrit Rietveld Academy in 2012 and has since exhibited her work both in Iceland and abroad, such as in Stockholm, Berlin, Basel, Amsterdam, and more. In Iceland she has made works for the Reykjavík Arts Festival, Gerðarsafn, Iceland Dance Company, and exhibited in the Reykjavík Art Museum. She was also a member of Kunstschlager artist collective that maintained an extensive exhibition program in the Kunstschlager Stofa at the Reykjavík Art Museum in 2015.

Þórdís works in various mediums and creates installations, paintings, drawings, rugs and acrylic glass reliefs. Her work is usually about balance and intimacy that appear in contrasts, space and symmetry. In her installations, she creates space for the viewer to discover something new. The circular shapes that reappear in her works are a symbol of infinity and space. The symmetry is a way to find balance on the surface and in life.

Erin Honeycutt (1989) is a writer, bookseller, and curator based in Berlin. She studied Art History (MA, University of Iceland) and Religion (MA, University of Amsterdam). She writes poetry, exhibition reviews, and a variety of texts in collaboration with artists. She was nominated for the Broken Dimanche Press art writing prize and has been published in SAND Journal, BARAKUNAN, and Neptún Magazin among others.