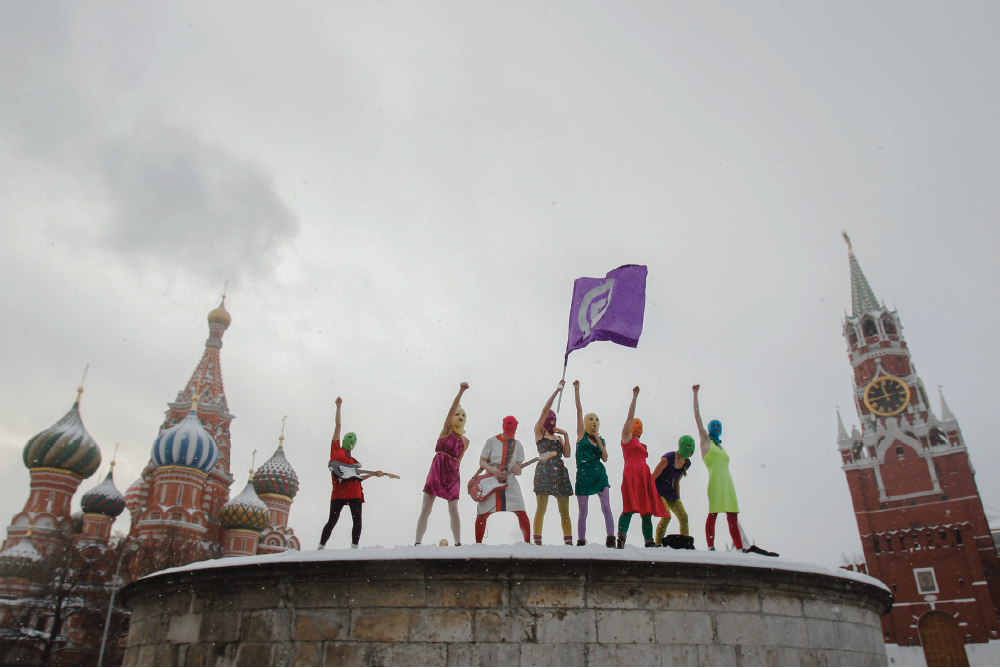 „Velvet Terrorism“ that‘s what Putin‘s spiritual confidant, bishop Tikhon Shevkunov called Pussy Riot‘s performance after Punk Prayer: Virgin Mary, Banish Putin, the collective‘s protest action in Church of Christ the Saviour in Moscow in 2012. The exhibition in Reykjavík includes Pussy Riot’s world known performance actions as well as showing their numerous lesser known, but consistent actions in and around Russia for the last decade. The works are bursting with the urgency of artistic rebellion against a dead eyed totalitarian system.

The exhibition is created with Pussy Riot member Maria (Masha) Alyokhina and exhibits documentations of the activists’ actions from the beginning of their movement in 2011 to the current day. Showing the performances in context – prelude, action, reaction – the exhibition will shed light on the oppression and the growing brutality of the dictatorship in Russia for the last ten years.