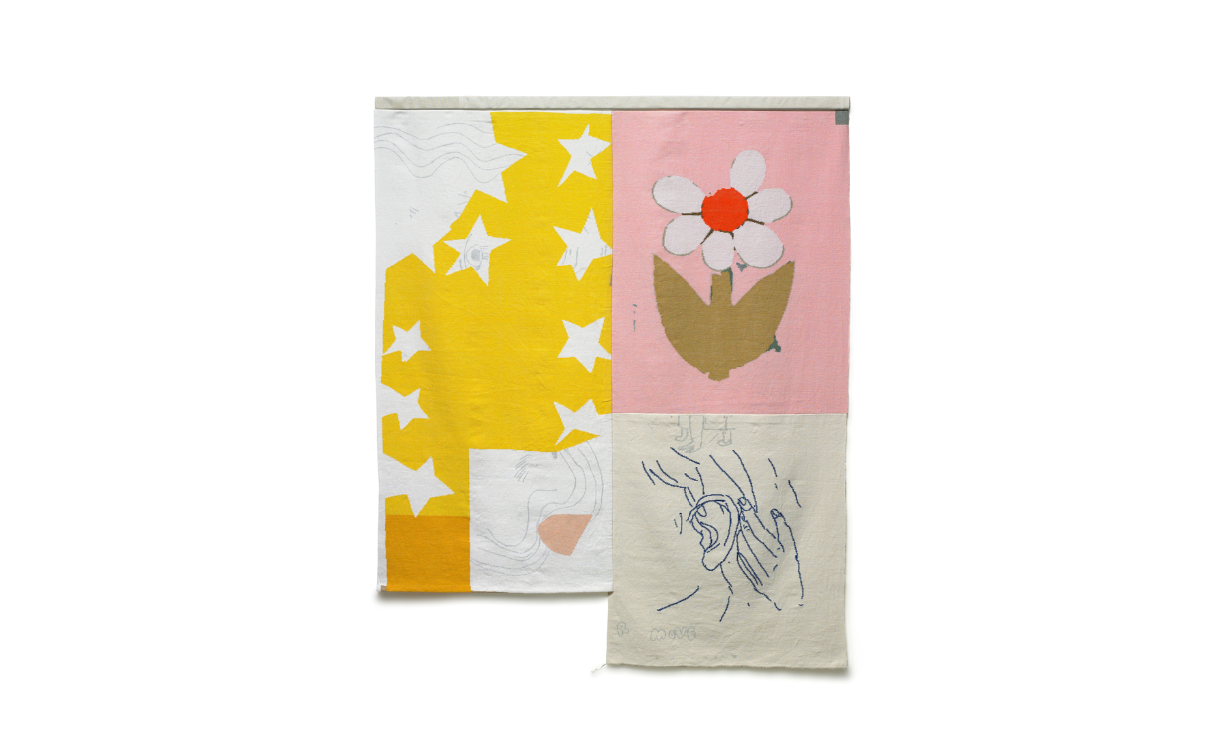 The group show Góðir Gestir, featuring Icelandic artists opens on 6th of May at Cecilia Hillstrom Gallery in Stockholm.

The show is curated in cooperation with artist Carl Boutard, who is based in Iceland, and i8 Gallery, Reykjavik. The Icelandic art scene is loosely structured, it moves quickly, it is productive. We can call it small because Iceland is small, but in other ways, it is big, active, growing. To stereotype an artist working in Iceland today is difficult. What has defined the Icelandic art scene through its short history is that it has been largely artist-run. This has been changing. The scene has become a bit more organized, a bit more self-aware, though the artist-run ethos is still central. In this sense, the artists working in Iceland have not had the same relationship to any history of art as they might elsewhere. The art history of Iceland is still being documented, analyzed, confirmed. What you take from it can vary.

A stereotype of an artist working in Iceland does, however, exist: an aloof someone who is intensely influenced by nature, weather, northern lights, sea, fish, isolation, etc. A utopian construction and a dangerous image to project out into the world. This does not appear in any of the works here. What does appear?

The show features works by eight artists. We have Hildigunnur Birgisdóttir, a phenomenally fun artist who knows how to lean into the absurd necessities of the society we have built around us. We have Ingólfur Arnarson who with a soft but precise hand points as much outside of the artwork as at the artwork itself. We have Arna Óttarsdóttir who with time and labor renders the everyday mundane into something sacred and worthwhile. Ragnar Kjartansson who, like his work Lick here, can be described as sort of a tongue himself. Capable of persuading anyone with his sheer bodily energy as well as his language. Through repetition and a sincere engagement with the human condition his work manages to be engaging in the same way reality is engaging. Reminding us that art is of course also reality.

In a totally different way, Elín Hansdóttir reminds us of our reality. Her works mirror. Often showing us a structure, a place – the place we, you, us, are in. A place that is just a place but is also seemingly the most important place in the universe. Carl Boutard shows us, magnifies, our place as part of a larger structure. Not a constructed structure but a growing one, one that is somehow perfect. Margrét H. Blöndal presents us with delicateness, with smallness, silence, and imperfection. Engrossing in their in-between state, leading you inward and into yourself. We have Ragnheiður Gestsdóttir who shows us things made by humans that shape humans, but colors them in such a way as to tell us not to take them for granted.

Do the things that are common to these artists stem from them working in Iceland? There are of course certain things that living in Iceland obliges you to do. To travel abroad is either by boat or plane. To speak of the sun is to somehow think of the sun as feminine – where in, say, Italian it is masculine. To buy a kettlebell at the start of the pandemic lockdown was impossible – they were sold out. It used to be that schoolchildren in Iceland studied Danish from a young age but now they study English first. Do these things matter? An obligation of a language or a place is a funny thing. Place matters. Maybe especially when you are put in a different place, as a photograph, or a thread, or a guest.

Text by Starkaður Sigurðarson, art critic, writer, and curator based in Iceland