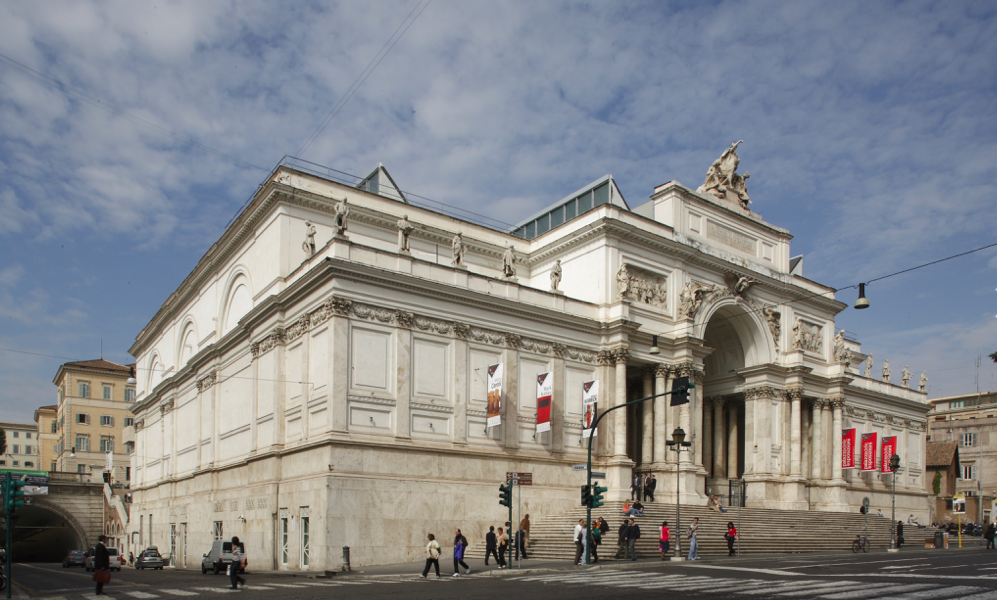 Palazzo delle Esposizioni is the largest interdisciplinary exhibition hall in the centre of Rome. The exhibition Ti Zero is dedicated to investigating a central theme of contemporary culture: the meeting between art, science and society. Several of the most celebrated artists in the contemporary art scene are exhibiting among them is the Icelandic artist Rúrí.

T Zero, based on a tale by Italo Calvino published in 1967, is a mathematical notation used to indicate the first moment at which one begins to observe a phenomenon, a moment of stasis fixed in time and space that opens up to endless possibilities. This dimension turns out to be a privileged viewpoint in which knowledge and imagination can converge. The thirty Italian and international artists involved in the exhibition have based their research path on the exchange, dialogue and interaction between these two environments.

Algorithms that use error as a system for generating forms, synthetic biological apparatuses, intuitive eukaryote microbes and artificial intelligences, territorial transformation processes, desertification, space exploration and Martian panoramas. The research of the artists involved in the T Zero exhibition is configured as a venue for debate, for discarding or overturning the themes and paradigms of our contemporary world: profiling and automation, the frontiers of medical genetics, global warming, ecological reconversion, forecasting models and spillover. Through direct collaboration with scientists and research institutes, and making the best possible use of the sweeping opportunities offered by technology, these artists transcend the current moment of applied research and using the imaginative strength proper to the work of art they configure unique and occasionally dystopic visions of the potential future.

The settings for the three exhibitions have been devised by the Formafantasma Studio – Simone Farresin and Andrea Trimarchi – two Italian artists and designers based on Milan and Rotterdam. Listed by the “New York Times” in 2011 as two of the most influential designers for the next decade, they won the Designer of the Year accolade at the Dezeen Awars in 2020.