Nominees for the 2022 Icelandic Art Prize 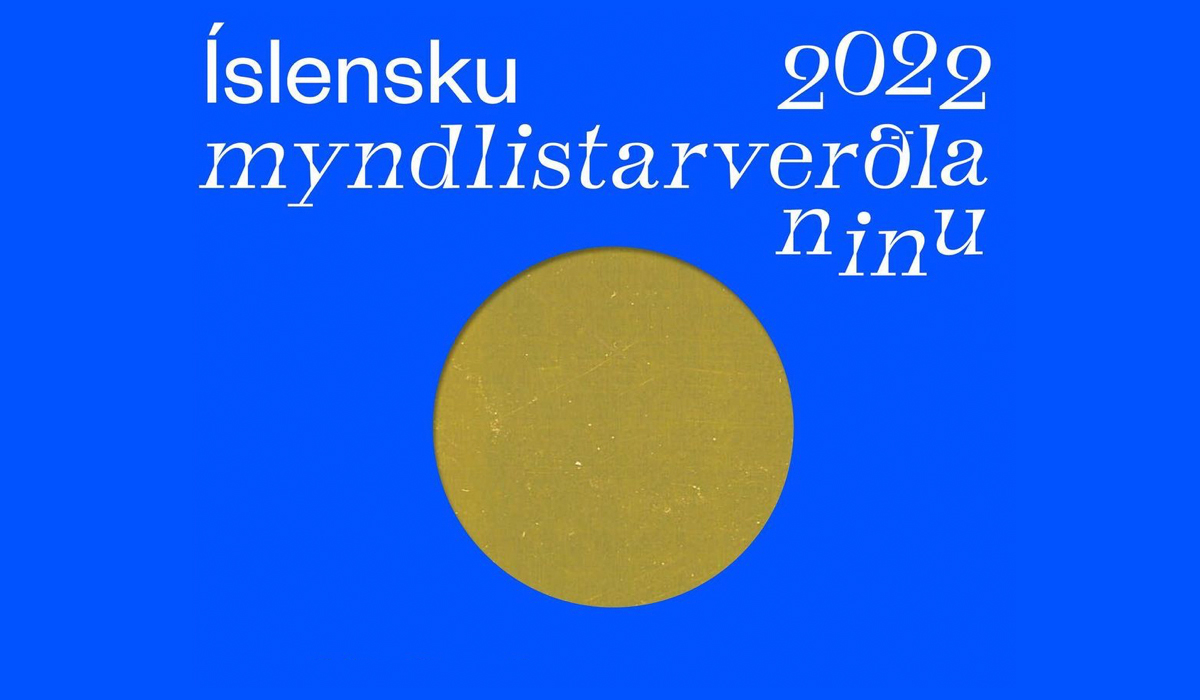 The nominees for the Artist of the Year award are:

Steingrímur Eyfjörð for the exhibition Classification at Reykjanes Art Museum.

Bryndís Snæbjörnsdóttir and Mark Wilson for the exhibition Visitations at Akureyri Art Museum.

The nominees for the Motivational Award are:

The award ceremony will be on the 17th of March where the Visual Arts Council will also present four recognitions: the Publication Award, the Honorary Award, Retrospective of the Year and Group Show of the Year.

Carl Boutard is nominated for the exhibition Budding Earth at Ásmundarsafn. Nature and man’s connection to nature are his main themes. For this exhibition, the artist transferred nature into the exhibition space with new and recent works, in dialogue with selected works by Ásmundur Sveinsson (1893–1982).

Steingrímur Eyfjörð is nominated for his exhibition Classification at Reykjanes Art Museum. The exhibition was intended to explain the motivation behind Eyfjörð’s art. The works are divided/classified into eight categories: The Intangible, The Inheritance, World of Women, Critique, God’s Own Country, Kellingin, Decode, and Comix, the oldest since 1975, the most recent from 2021.

Steingrímur Eyfjörð (b. 1954) has a long art career and has been extremely active on the Icelandic art scene since the 1970s. He has won numerous awards for his art, including The Ice­ landic Visual Arts Awards 2008 and DV Cultural Prize 2002, and he was nominated for the Carnegie Art Award in 2004 and 2006. He represented Iceland at the Venice Biennale in 2007.

Anna Hrund Másdóttir, Ragnheiður Káradóttir and Steinunn Önnudóttir are nominated for their collaboration project and exhibition Dreamfields at Kling & Bang. The exhibition invites the viewer to step into an experimental landscape that echoes ideas of nature and human interference. The work is the representation of a dystopian fantasy which viewers are invited to join, but also a monument to the playfulness, togetherness and discussion that took place between the three artists while creating the exhibition.

Anna Hrund Másdóttir (b. 1981) graduated BS in maths from the University of Iceland in 2006, and BA in fine art from Iceland University of the Arts in 2010. In 2016, she finished her MFA studies from California Institute of the Arts. She has been an active artist in Iceland in recent years and lives and works in Reykjavík.

Ragnheiður Káradóttir (b. 1984) graduated BA in fine arts from Iceland University of the Arts in 2010 and finished her postgrad studies at School of Visual Arts in New York in spring 2016. She has participated in numerous exhibitions here and abroad but lives and works in Reykjavík.

Steinunn Önnudóttir (b. 1984) finished her BA in graphic design at Gerrit Rietveld Academie in 2009 and a BA in fine art from the same school in 2011. She has participated in many exhibitions in Iceland and abroad. She also runs the exhibition space Harbinger since 2014 and is part of In Volumes, that specialises in publishing artist books.

Bryndís Snæbjörnsdóttir and Mark Wilson are nominated for their exhibition Visitations at Akureyri Art Museum. The exhibition is the result of the multi­year research project Polar Bears Out of Place, which they undertook in collaboration with experts in folklore, natural and environmental studies. The aim of the project is to contribute to a growing body of knowledge concerning human/non­human relations in a time of global warming. To this end, particular focus is on polar bear arrivals in Iceland both past and present.

Bryndís H. Snæbjörnsdóttir (b. 1955) is a professor of the fine art department at the Iceland University of the Arts. Snæbjörnsdóttir graduated from Glasgow School of Art and has a Ph.D. from the university in Gothenburg since 2009.

Lucky 3 are nominated for the Motivational Award of the Icelandic Art Prize for their performance PUTI at Sequences X Art Festival last autumn. The work is described as a social chore­ography, reflecting the reality of racial roles and the hierarchy of power in the community. The group is formed by three artists who trace their origin to the Philippines: Dýrfinna Benita Basalan, Darren Mark and Melanie Ubaldo. When working together, they use their heritage and the constant cultural conflicts of their lives.

Darren Mark (b. 1993) graduated BA in fashion design from Iceland University of the Arts in 2017. He mainly works in fashion, creating new clothes from old.

Dýrfinna Benita Basalan (b. 1992) works as an artist but also as musician Countess Malaise. She finished her BA in fine art and design from Gerrit Rietveld Academie in Amsterdam in 2018. She works with various media, often dealing with self­image, society and loneliness.

Melanie Ubaldo (b. 1992) graduated BA in fine art from Iceland University of the Arts in 2016 and is presently studying postgrad there. In her works, the subject matter and text form a whole. The text references her own experience of prejudice and the effect of prejudice on those who are subjected to them and the power inherent in them.

The artist duo Klāvs Liepiņš and Renāte Feizaka are nominated for the Motivational Award of the Icelandic Art Prize for their collaborative work. In the Living Art Museum’s autumn exhibition, As you are now so once was I/As I am now so will you be, the duo displayed an extensive installation in many parts. The work consisted of a large earth installation which covered a large part of the halls like a ploughed field or potato field, as well as video works. Visitors travelled through the space along prepared channels or tracks, so as not to disturb the situation, creating a kind of unchoreographed choreography..

Klāvs Liepiņš (b. 1991) and Renāte Feizaka (b. 1987) both come from Latvia and have worked together through the years and been active on the Icelandic art and culture scene. Both are graduates of Iceland University of the Arts; Liepiņš with a BA in contemporary dance and Feizaka with a BA in fine art. In their collaboration, they use various media such as performances, videos, dance and installations.

Guðrún Tara Sveinsdóttir is nominated for the Motivational Award of the Icelandic Art Prize. In 2021, she exhibited Earth Abides in Harbinger exhibition space in Reykjavík. In this exhibition, Sveinsdóttir attempted to approach found and mundane items in new and reflective ways. She allowed herself to be fascinated, dis­cover, wander and meditate. She cast various found objects in plaster and mixed them with textiles and various natural phenomena.

Guðrún Tara Sveinsdóttir (b. 1987) graduated BA in fine art from Iceland University
of the Arts in 2015. She started her postgraduate art studies in 2016, dividing her time between Reykjavík and Bergen. In 2020, she finished an MA in creative documentary making at The Norwegian Film School.