Out There / Episode 2: Artist in Iceland Visa Action Group 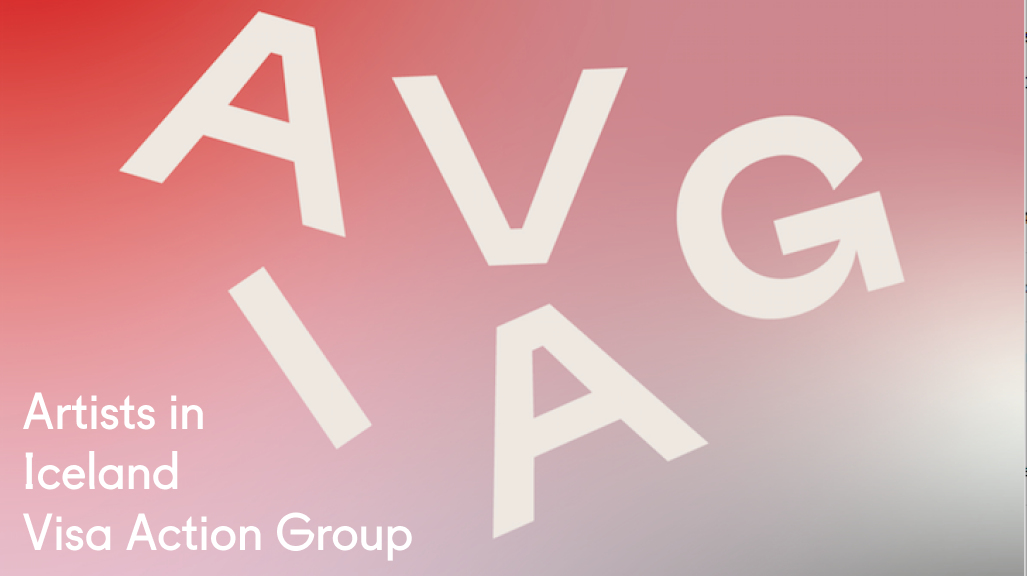 The second episode of the second season of Icelandic Art Center’s podcast ‘Out There’ is out there.

The episode includes conversation with Becky Forsythe and Þórhildur Tinna Sigurðardóttir and the Artist in Iceland Visa Action Group members Wiola Ujazdowska and Bryndís Björnsdóttir aka. Dísa. AIVAG is an advocacy group working towards the possibility of greater accessibility to residency permits for artists in Iceland. Dísa and Wiola are both practicing artists themselves, or art workers as Wiola prefers to describe her artistic and curatorial practice. In the episode Becky and Tinna get to know AIVAG’s activities and ambitions, contemplate the precarity of being an artist of foreign origin in Iceland and have the chance to discuss with Wiola and Dísa about their artistic work and recent projects.

The group was founded in 2021, and is an open interdisciplinary collective that advocates for immigrant cultural workers in Iceland and their workers rights. They aim to function as a collaborative platform to address pertinent-public issues in Iceland related to: Artist visa, labour rights for cultural workers immigrants to Iceland, systemic racism, patchwork economy, alternative economies, and migration processes that cultural agents are experiencing. Everyone is welcome to join the cause and become a member or an ally.

One of their recent activities include a successful event in May 2022 titled Why don’t you marry an Icelander at The Nordic House. The moderator was Dr. Magnús Skjöld, Associate Professor in political science, the panelists consisted of Ai.vag members, artists of non-european origins practicing in Iceland and Norway and other professionals from other fields. The panelists were  Clare Aimée, artist in Iceland, Fríða Björk Ingvarsdóttir, the rector of Iceland University of Art, Hugo Llanes, artist and AI.vag member, José Luis Anderson, artist in Iceland, Claudia Ashanie Wilson, a practicing legal counsil and one of Iceland’s leading ecperts in the field of civil rights, immigration and refugee law and Patricia Carolina, artist in Norway and member of Verdensrom a similar organisation to AIVAG based in Norway.

As Claudia responsed when asked about systemic racism in Iceland and whether it is prevalent here:

“That’s a difficult and at the same time a very easy one to answer … Yes there is systemic racism within the Icelandic landscape.”

The conversation teased out the complicated nuances of the precarity and adversities artists of foreign origins face in Iceland. However, as Wiola stated:

“There is a space for discussion and doors are opening and there is a willingness in various institutions. There is this notion and a shared feeling that we want to as a society as well as the institutions want to and understand the power and influence of foreign creators in Iceland. I have hope but there is still a lot to be done within these structures.”

Listen to the full podcast on Spotify or find it here.

Created and produced by the Icelandic Art Center, Out There brings co-hosts Becky Forsythe and Þórhildur Tinna Sigurðardóttir in conversation with artists, curators and art professionals.